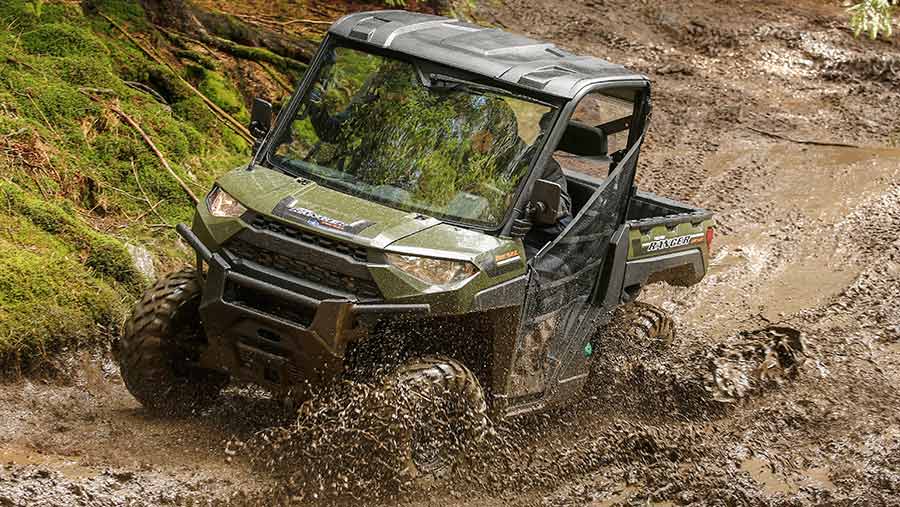 That same chassis, suspension and cab now carry an oil-burning, three-cylinder block in place of the hard-revving, 82hp petrol and Polaris is expecting these Polish-made diesels to be a big seller across Europe.

The major change comes under the load bed, where the old three-cylinder Kohler unit has been retired in favour of a marginally more powerful version from Kubota.

It seems a sensible swap given the Japanese motor’s reliable reputation in this power sector, though Polaris says it also considered Yanmar (which has been used in previous Rangers) and Daihatsu for the job.

By diesel standards, the 25hp motor is fairly peppy, particularly when compared to the snail-like Kawasaki Mule and others.

The downside of diesel power is that the Ranger rattles heavily at tickover.

To try to keep things steady, Polaris has set the idle engine speed around the 1,200rpm mark – apparently this provides a reasonable balance between vibrations and noise/fuel consumption.

The company says it has also done extensive wind tunnel testing to minimise the likelihood of dust clouds enveloping the driver (as often happens in the seat of a fast-moving John Deere Gator) and filling the air filters.

The result of the work saw the filters shifted to a more protected position under the bonnet, where they’re safe from the worst of the debris.

This also provides a stash spot for various connection points that allow owners to hook up retrofit items that require a power supply.

Polaris sources its belt-drive transmission from US firm Team and the latest iteration is lower geared and has been fitted with a larger belt than before.

This should improve reliability and has helped to double the driveline service interval.

As ever, the company offers three driving modes – one wheel for turf work, as well as two-wheel power and an on-demand four-wheel drive system.

For the most part it runs with just two driven wheels, but all four are called into action when more traction is required.

Top speed is 65kph – which we deem dangerously quick ­­– though it’s considerably slower to wind up to that than the XP1000.

On rocky terrain, the hill descent control works quite well – it is engaged on a rocker switch and brakes the drive to maintain a steady downward speed.

The electric power steering is well-balanced and easy to control too, which means the wheel is rarely snatched from the hand of the driver.

The Ranger is undoubtedly one of the most capable buggies on gnarly ground.

Suspension travel of almost 30cm and ground clearance of 33cm can hardly be beaten in the UTV sector and mean it can soak up the worst of the terrain without bottoming out. Underbelly protection is decent as well. 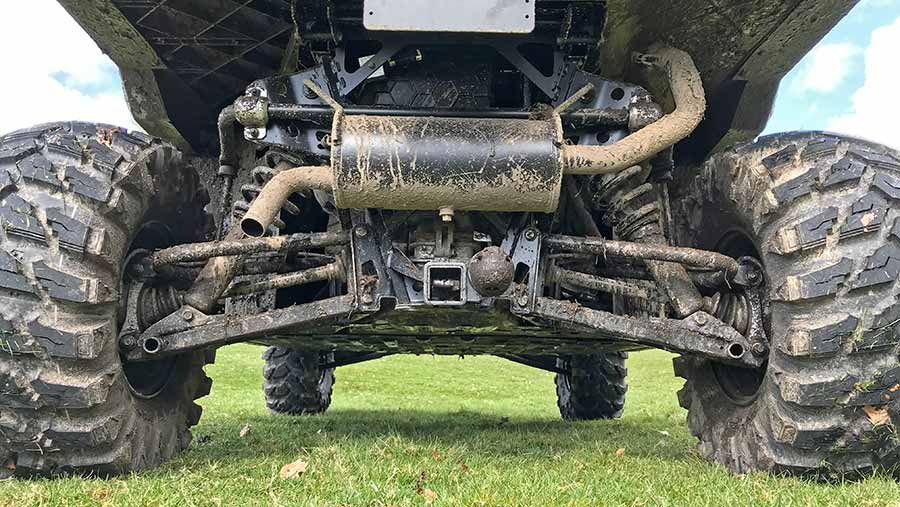 Upgrades include a stiffer, single-piece chassis – the same as is employed on the XP1000 – and a bigger front skid plate.

The company says users can expect to see even better suspension setups on future versions (the kits will gradually work their way down from the racing-grade Razor machines).

The turning circle has also been improved, and there is new mudguard protection for the inside of the rear wheels.

There are loads of cab-related options, including full doors, part doors and different windscreen materials that can make the finished product almost car-like.

Where fully enclosed accommodation isn’t a necessity, we’d opt for the glass windscreen and roof with no doors.

This helps to reduce the engine noise that is otherwise amplified by the cab, even with roof lining and other sound-deadening efforts.

The interior is very well specced, though from our experience Can-Am’s Traxter tends to have the edge in quality. 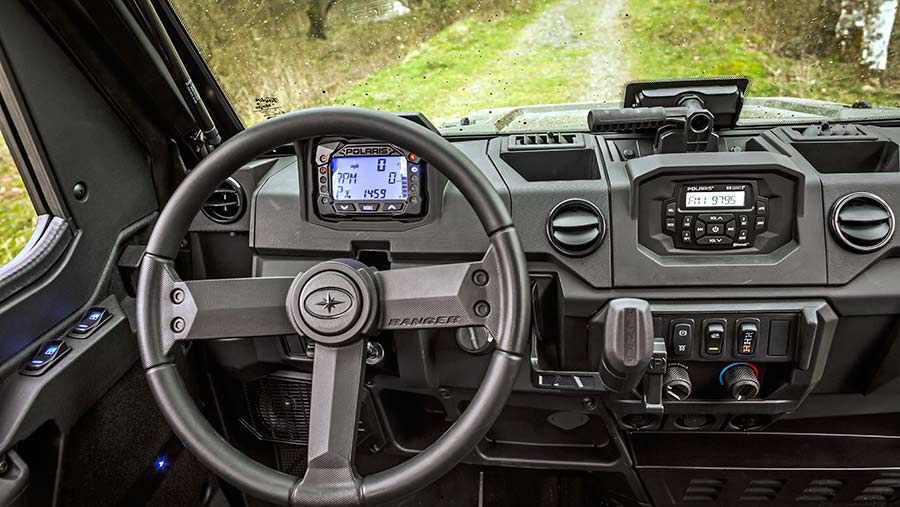 It will seat three, and highlights include a fold-up bench seat that means dogs and feed buckets can be kept on the floor rather than having them wreck the padded seat.

However, the driving position can get uncomfortable during long periods in the saddle and the throttle pedal geometry can feel a little awkward.

The dash display is digital and both air-conditioning and a radio are on the options list, though the latter is very hard to hear with a full cab. 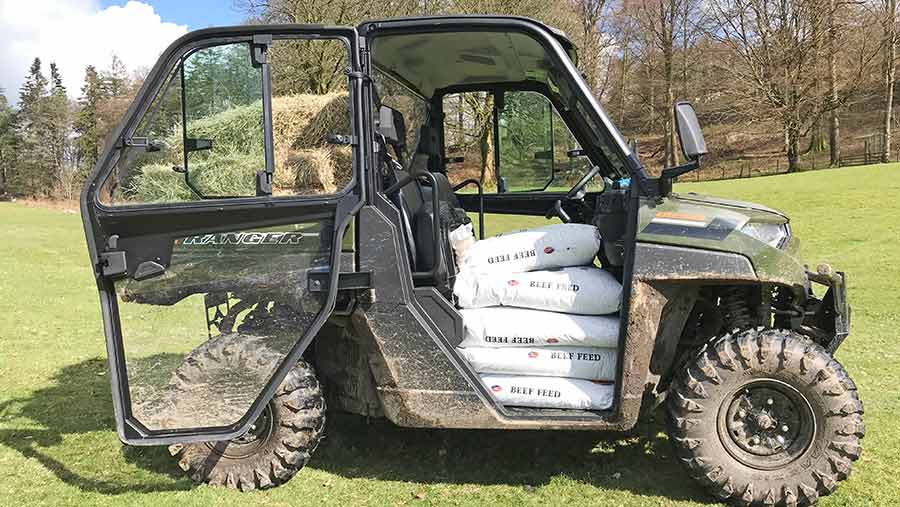 Storage is pretty abundant too, but taking up too many options will nudge the asking price near to the £20,000 mark.

The Ranger Diesel has to be one of the strongest candidates on the UTV market.

There’s plenty to like – particularly the good ground clearance and long-travel suspension that are perfect for hard off-roading.

The diesel is far tamer than equivalent petrol versions, too.

We’d stick with a fairly basic, door-less model unless you’re intending to spend hours in the cab during cold weather – it reduces the otherwise draining engine noise and should save a few quid on the purchase price.

The two-year unlimited hour warranty will also be appealing to anyone expecting to work their machines hard.