Yamaha has continued its run of ATV upgrades with a new mid-sized Kodiak, which will fill the boots of the Grizzly 450 for next year.

The Kodiak accounts for 30% of all ATV sales so it’s big news for Yamaha, but will also be welcomed by farmers looking outside the Honda Foreman box. 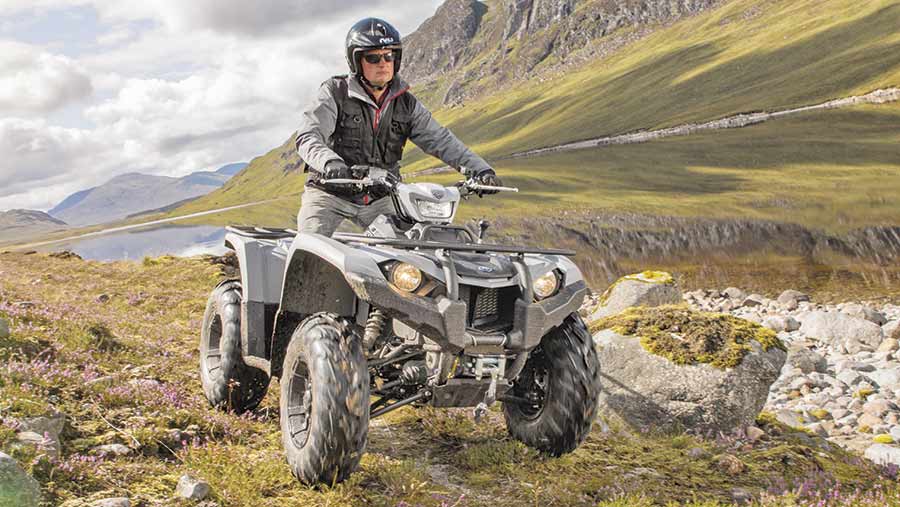 Propulsion comes from a 421cc single-cylinder, water-cooled engine that provides a surprising amount of firepower from its modest size bore.

Notable upgrades include a new fan motor that has improved engine cooling, which should avoid it getting too hot under the collar when left idling in the yard or field.

Though it can’t match the sort of muscle offered by the firm’s bigger Grizzly machines, ample torque at the lower end of the rev range generally avoids hard revving on uphill slopes that might otherwise result in some sketchy wheel spinning.

It also means the Ultramatic CVT transmission can be left in high range for all but the most challenging driving.

With that in mind, the belt drive has been recalibrated with heavier clutch weights, which the company reckons has reduced average engine speeds, along with fuel consumption, noise and vibrations.

On paper, fuel thirst has been improved by 25% compared with the outgoing Grizzly 450 and is 14% better than the bigger Kodiak 700. A lot of that is down to a new throttle body and reduced 1,500rpm idle speed.

The transmission is engaged by a centrifugal clutch that maintains constant belt tension, eliminates slippage and avoids the weird engine whirring that is associated with older belt-driven machines.

It’s noticeably smooth and responsive to drive, so those with an aversion to belt driven quads shouldn’t be deterred by the Kodiak’s driveline.

It also provides decent engine braking – so much so that touching the brakes is pretty rare, but for the most gnarly conditions.

Other details to note include a mechanical selector stick for high, low, neutral, reverse and park that works without any cables or other stretchable parts, and a quick 2wd/4wd button to jump between the two on the move. 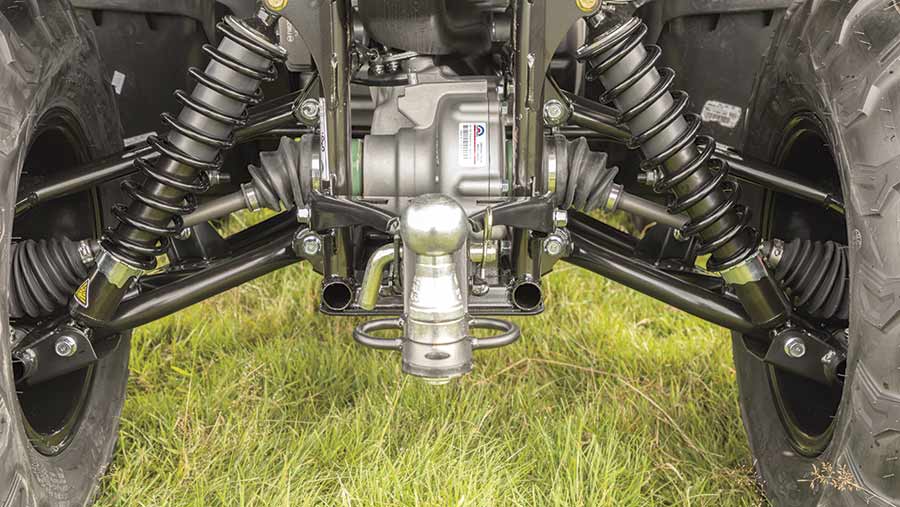 The new chassis arrangement is based on the Grizzly 450’s, but has been given better engine mount damping to soak up buzzing vibrations before they get to the handlebars, footwells and seat.

On average, Yamaha reckons it has trimmed the shivering by 25%, while there’s also upgraded front and rear suspension that uses longer stroke gas-charged shocks.

The A-arms, knuckles and cushions have also been improved to reduce rolling around corners and steering effort for the rider.

Independent double wishbones offer 171mm travel at the front and 189mm at the rear, while the widened reach of the suspension arrangement (and therefore wider stance) has called for a tighter lock on the handlebars and a tweaked steering ratio to maintain the 6.4m turning circle.

Electric power steering is available on more expensive models and, from our experience, well worth the extra cash. Also included in that package is a big handlebar light, which will be a bonus for anyone out after dark.

Elsewhere, a full-length underbelly skid plate is standard, as is the tow-ball mount at the back. 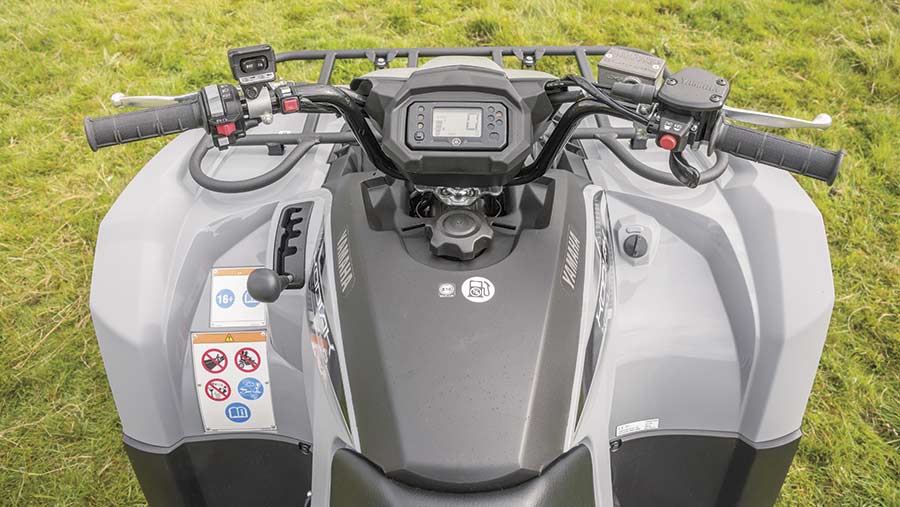 Comfort was a major factor in Yamaha’s redesign.

To that end, the seat is 110mm longer than the Grizzly and it offers larger footwells and a bigger gap between the front and rear fenders.

For hardcore stuff, where the driver has to lean forward/backwards frequently, it is a noticeable improvement, but for run-of-the-mill trips the extra space will be less significant.

The shape of the handlebars has also been tweaked to reduce arm ache from long days in the saddle, while the throttle lever now lies closer to the grip, is wider and longer, and takes slightly less effort to press.

Other minor changes include a new display and a 12V outlet near the handlebars, which might be useful for hooking up a basic guidance kit. A winch is fitted as standard. 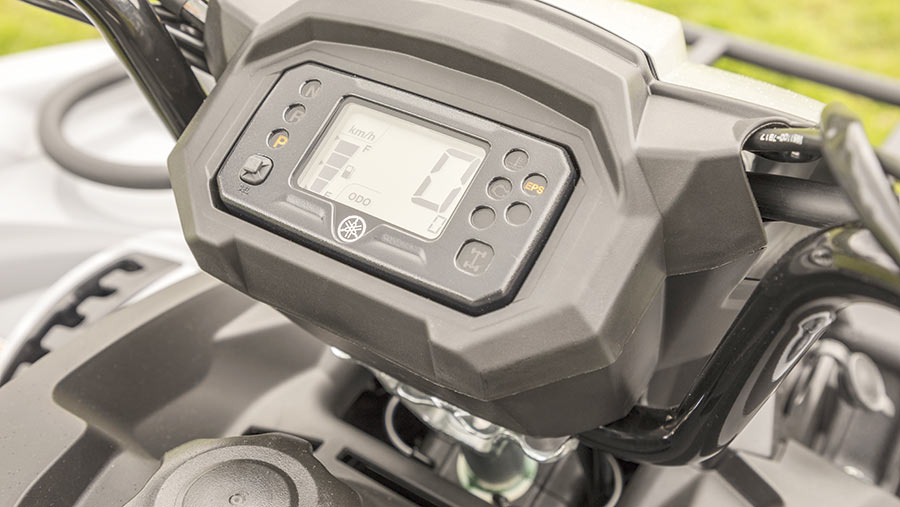 The mid-sized Kodiak is equipped to the standard of much bigger foe – provided you pick the power steering model.

It’s easy to ride, quieter than before and the CVT belt drive should banish any worries about making the switch from an old-school mechanical gearbox.

It might be a little short on storage, but should still give diehard Honda buyers plenty of food for thought.