Two new features appear in this year’s edition of the Ultimate Guide to UTVs – cargo box dimensions (where suppliers have grabbed their tape measures to provide the details) and the best-selling model in each range – again, where manufacturers and importers have divulged this information.

Unsurprisingly, given their popularity in agriculture and other rural sectors, the Ranger Diesel is the bestseller in the Polaris range, while the diesel-fuelled XUV 865M is John Deere’s most popular model, accounting for more than half of all Gator sales in the UK and Ireland. 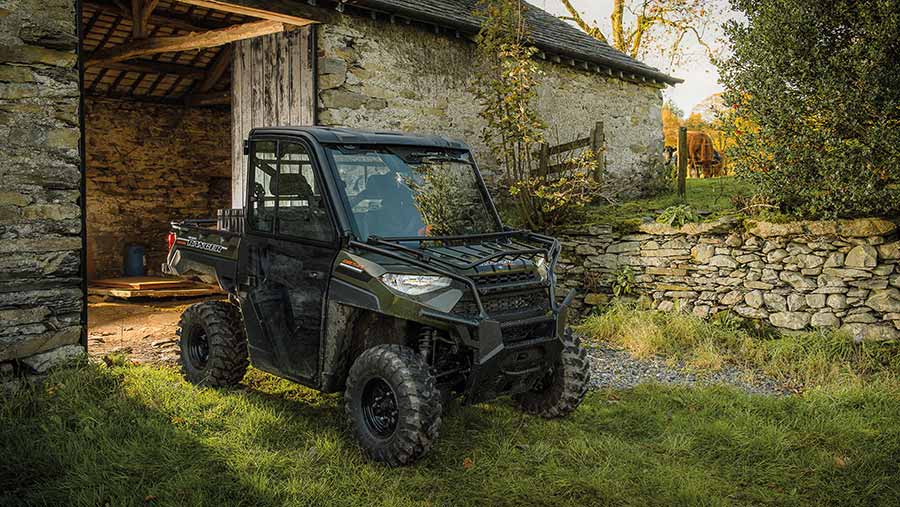 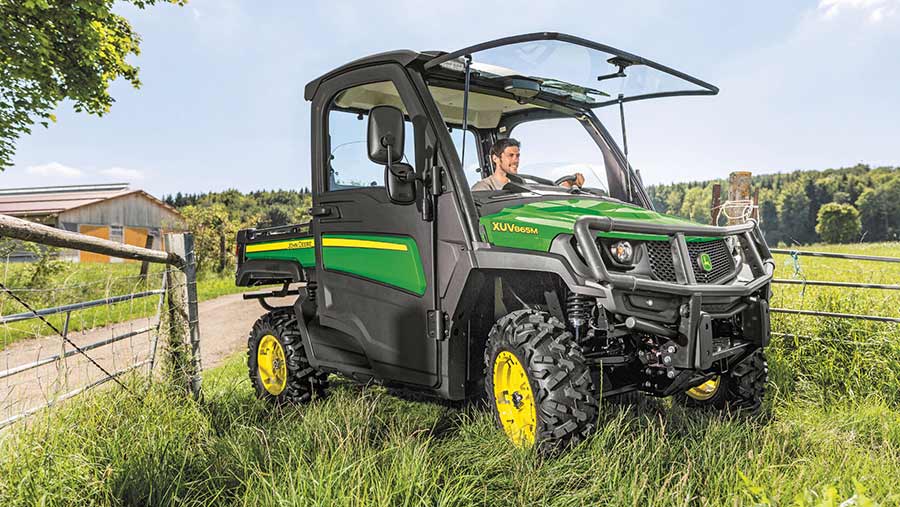 Main changes to the 2021 listings include more powerful engines for entry-level and mid-range Traxter UTVs, the addition of Honda’s new Pioneer 520 compact buggy, and an expansion of Yamaha’s sportier Wolverine series.

A lower-cost two-wheel-drive version of the up-and-coming Corvus Terrain and a more powerful diesel-fuelled UTV from Quadzilla are among the updates, too. 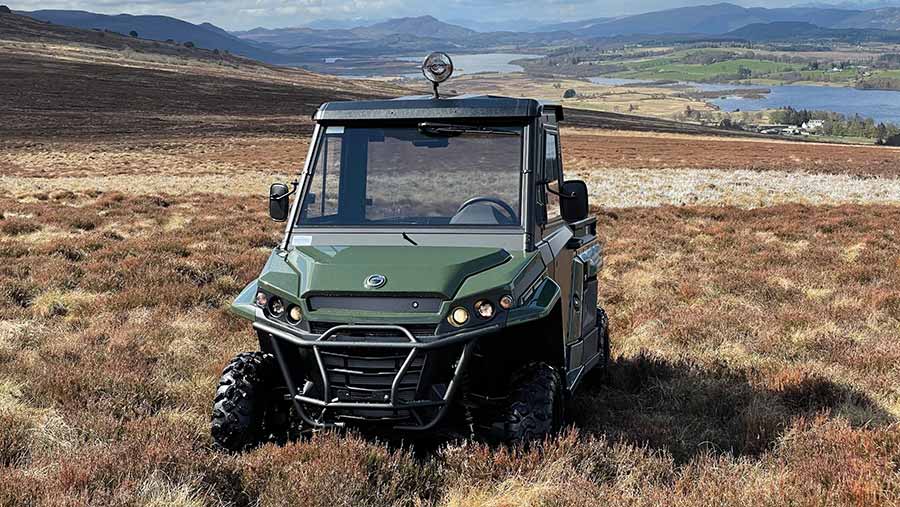 But also notable is the withdrawal of Kymco’s sole offering in this sector – the 33hp UXV 450i – and a couple of Kubota RTV models, namely the 16hp RTV500 Worksite and 22hp RTV-X900.

Kubota has dropped the fully enclosed cab version of the RTV-X1140; but the ROPS version remains available for those who want a full-size buggy with rear seats that fold away to allow the cargo box to extended to match the two-seat version.

Similarly, John Deere has been selective in removing from its list the Gator XUV 835M with cab air conditioning – the full-cab and open versions with natural ventilation remain – as well as the two-seat version of the 22hp XUV 855M, leaving just the four-seater S4 in the line-up.

The UForce Tracker line-up from CFMoto is also slimmed down with the loss of the 63hp 800 model, but the entire Kawasaki Mule SX, Pro-MX, Pro-DX and Pro-DXT remain intact and unchanged for another year. 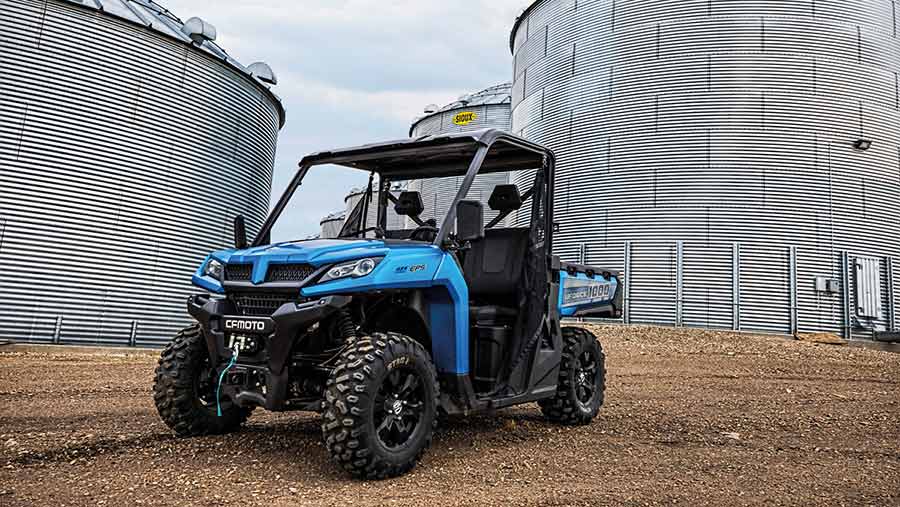 Two new Rotax engines feature in the latest Can-Am Traxter models that manufacturer BRP is rolling out as part of its model year 2022 range.

The HD7 replaces the current 38hp HD5 with a 37% increase in peak power output to 52hp for livelier performance, while the HD8 with 52hp is displaced by the Rotax HD9 with 65hp and more torque low down the rev range for improved tractability. 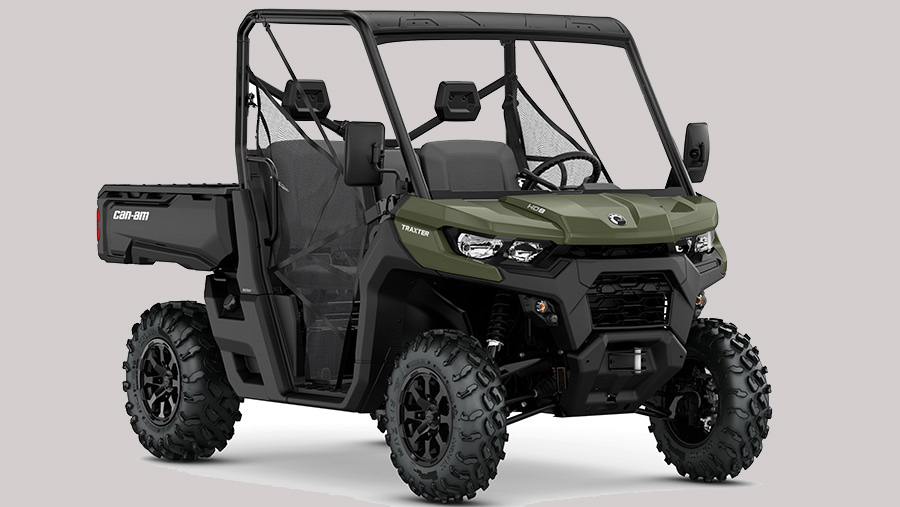 Honda’s Pioneer 520 is an evolution of the earlier 500-model for users who want a very compact side-by-side ATV – it’s only 1.27m wide – and don’t need an expansive load deck behind the cab.

It features a powertrain comprising a five-speed transmission with remapped auto shifting and more accessible manual shifting using paddles on the steering column. This gives a choice of driving characteristics and the opportunity to exploit the low- to mid-range torque available from the 518cc petrol engine.

Shaft rather than the more common belt drive is claimed to optimise power efficiency, and there is selectable two- and four-wheel drive to provide different levels of grip as needed.

Behind the cabin with its bench seat, there is a one-piece, all-plastic tipping cargo box that helps maximise the vehicle’s 658kg payload, with the cargo box itself rated at just over 200kg.

It now has a gas strut assistance for tipping, there are five tie rings for securing loads, and three slots for dividing panels.

A refreshed version of Yamaha’s Wolverine X2 850 Alu compact buggy has been introduced with a number of ergonomic improvements alongside a four-seat version and the more powerful RMax models.

Aimed more at the leisure and commercial trail market than farmers looking for a hard-working compact vehicle, the two-seat Wolverine models nonetheless are capable of fulfilling the light transport role of a compact UTV while delivering very lively performance in appropriate situations. 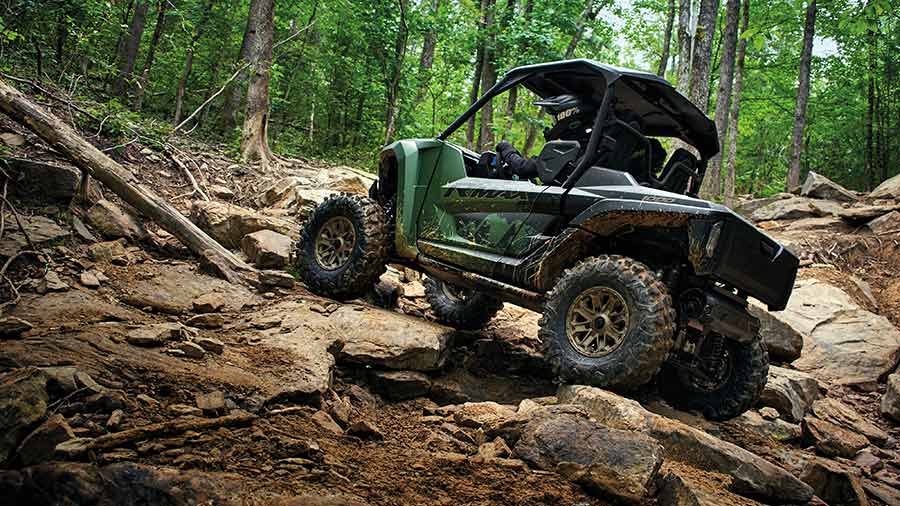 The 2021 versions have high-back seats, seat belts and a steering wheel with a greater range of adjustment to suit different drivers and passengers, along with a wider door opening to make getting in and out easier.

And if the 850 doesn’t provide enough performance, the all-new and larger Wolverine RMax vehicles get their motivation from a 999cc petrol-fuelled twin cylinder motor, also matched with the Ultramatic transmission.

Sitting on a common 2.2m wheelbase are two- and four-seat versions, the rear chairs of the RMax 4 sliding forwards as well as folding to leave a more substantial cargo area.

In addition, there are SE variants that come as standard with a 2,041kg Warn VRX winch installed at the front along with towing eyes and a variation of the Ultramatic drive system that provides selectable “sports”, “trail” and “crawl” modes for driving characteristics that suit these different situations.

The Corvus range of UTVs built in Spain is attracting more dealers with robust build and down-to-earth performance, and the manufacturer also hopes to attract more buyers with a two-wheel-drive model – a rare configuration in this sector.

In Basic spec, this model is priced at £13,899, while the Basic with electronic power steering undercuts the four-wheel-drive version by £800.

At the other end of the scale, the DX4 can now be had with auto air conditioning to keep the driver and passenger comfortable in hot and cold weather alike.

With a 1.1-litre Kubota engine nestling in its chassis, Quadzilla reckons to have further raised the appeal of its diesel-fuelled UTV with a refreshed model to replace the Diesel 800 and its 761cc unit.

The liquid-cooled three-cylinder motor, which is reckoned to be a smoother runner than its predecessor, develops 24hp and is coupled to CVTech two-speed stepless transmission with electronic two- and four-wheel-drive selection.

Disc brakes all round, front and rear independent suspension and 26in tyres on black steel rims are also part of a package that includes bench seating for driver and passenger.