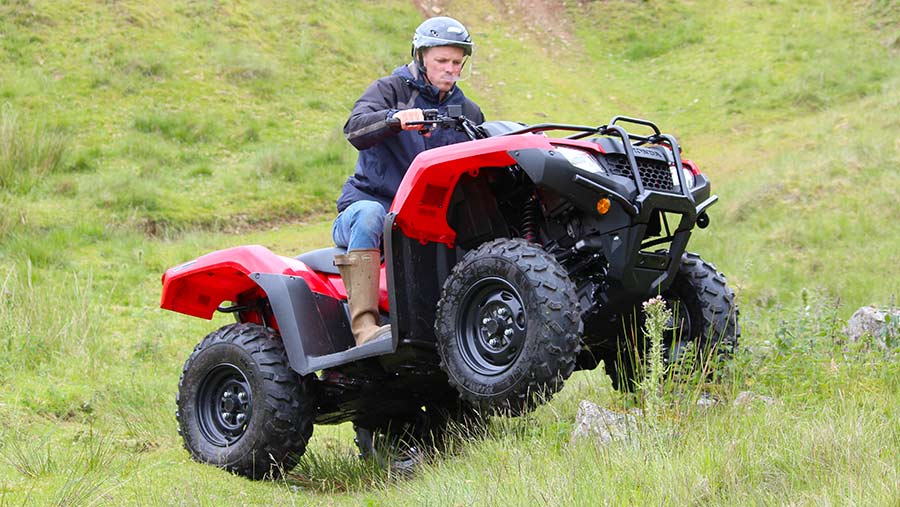 Having just 420cc to play with, the Honda was the lowest-powered bike in our test, which showed when it came to towing duties.

However, power-conscious buyers have the option of the firm’s bigger Foreman 500cc, so we can’t mark it down too harshly for the lack of poke.

The bike’s standout feature is its high-tech double-clutch transmission (DCT), which works in a similar way to VW’s well-known DSG system.

This can either notch through its five gears automatically, or at the flick of a switch transfer shifting duties to buttons on the handlebars.

Honda has long been king of the quad bike world, but while it’s been revelling in its success, the completion has been busy catching up.

The 420’s big selling point is its fancy DCT double-clutch transmission, and although this promises great things on paper, in the real world we found it a little clunky.

Towing and load-carrying abilities were also lower than expected. Nevertheless, the quality of finish was top-end and the packaging of pipework, cabling and ancillaries was impressively neat.

Best for Quality of finish

Worst for Smoothness of transmission

As far as we know, it’s the only bike on the market still to feature a mechanical driveline, and a few years ago that would have been a serious feather in its cap.

That’s because belt systems of old generally offered slack uptake of drive and particularly poor engine braking. But these have improved so much of late that they actually make the DCT seem a little rough around the edges. 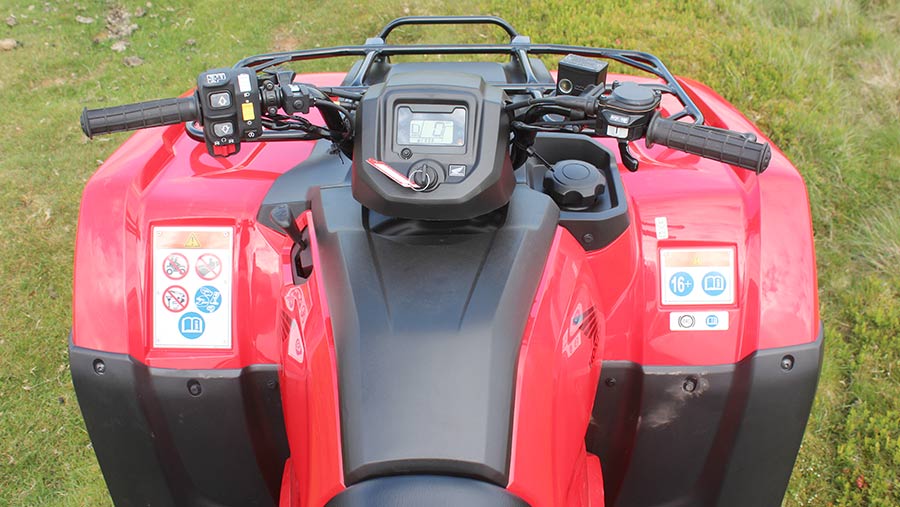 Despite having two automatic clutches – one to change gear and one to get the next gear lined up – shifts were very noticeable and even jerky at times.

Therefore, for everyday riding we reckon it offers little benefit over a modern CVT. However, it could be useful in particularly tricky conditions where the rider can hold the bike in a gear and thrash around.

Honda also still wins with the sheer number of options it offers its customers. For the die-hard traditionalists, there is a fully manual foot-shift model, and an electric button option for those somewhere in the middle.

It’s the same with the rear axle, where buyers can choose either bump-hugging independent suspension or a fixed axle to maintain ground clearance while towing.

In both cases, Honda runs a fixed driveline at the rear and a limited-slip diff up front. It’s an adequate setup for most duties, but during tight turns, the bike does scrabble at the rear, helping contribute to its poor 713cm turning circle. 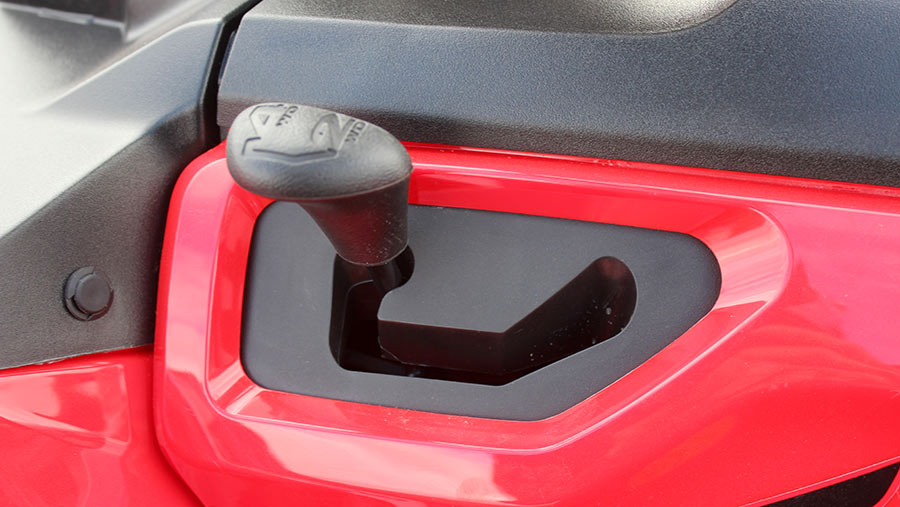 Another bugbear is the fact that Honda has down-rated the official towing capacity of the bike to just 385kg, while most of its competitors hover around the 600kg mark.

Clearly it can manage a lot more than that – it pulled a 2t pickup up a hill with little bother – so it’s a shame Honda has been so conservative.

The 60kg rear-rack carrying capacity and 30kg at the front is also a little disappointing.

The control layout on the Fourtrax is a quite different to the other CVT bikes we tested.

Almost all functions are grouped on the handlebars and that means there is rarely any need for the rider to remove their hands from the grips. This will be a particular boon for those using toasty, heated hand warmers in the winter.

But the flipside is that it’s a bit of a performance to engage the reverse gear. This task involves the rider pulling back a small lever on the top of the left brake lever, before contorting their hand to simultaneously press the downshift button.

It’s a system the firm has been using for years, but it’s definitely got room for improvement. 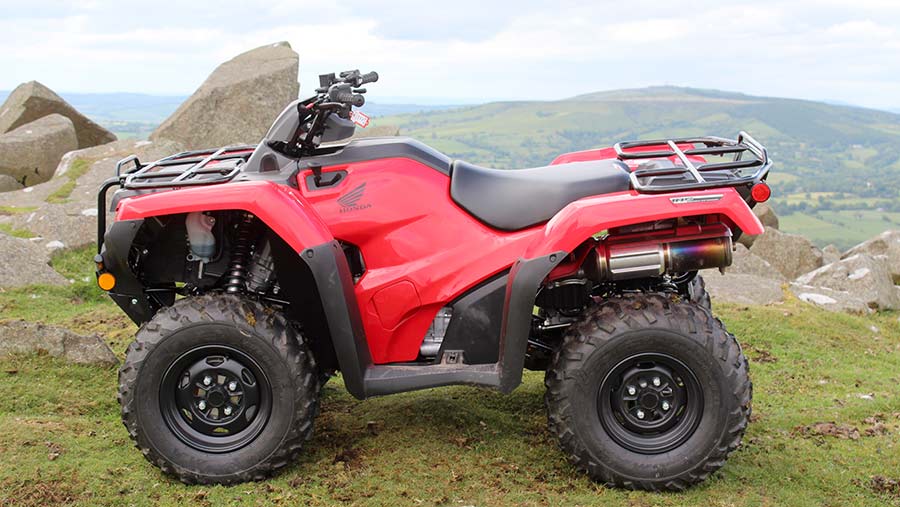 The placement of the rear hitch is also less than ideal. It’s tucked well under the rear bodywork, making it a fiddle to hook up a trailer – particularly when it’s loaded.

Gremlins aside, it’s worth mentioning that Honda’s bikes still seem well put together. The quality of finish is top-drawer and the components are nicely packaged and protected against knocks and water ingress.