Some auctioneers and traders see late spring as a key time to sell because it allows prospective purchasers time to consider the capital investment being made, without the undue pressure of ripening crops.

Few combines were offered in on-farm sales earlier this year, but more recent results offer an indication of key drivers in the marketplace. 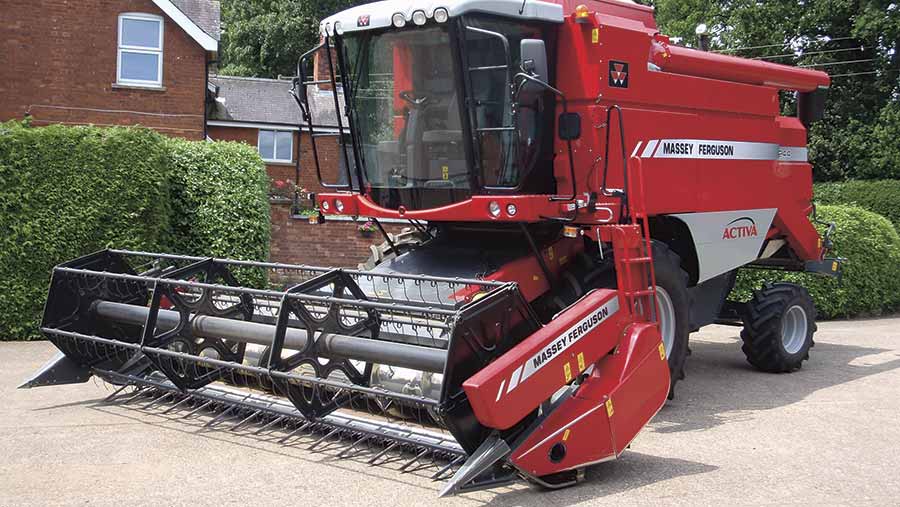 Predicting prices close to harvest – for this MF7244 to be sold on 14 July, for example – requires a degree of speculation, but looking carefully at condition, servicing and upgrades will yield results

Auction-sold machines include a brace of modern New Holland CR and CX models at separate sales across different eastern regions – but which achieved comparable values.

See also: Tips for buying a quality used combine on a £40,000 budget

Auctioneer George F White offered a 14-plate CR8080 rotary with 7.5m header at a client’s recent on-farm sale in the North East. It made £110,500 to the trade, having clocked up 537 operating hours.

Tim Michie, rural practice surveyor at the company, explains: “It was in canny condition, having been serviced recently, and would appeal to larger arable operators not too concerned about straw condition (it being a rotary rather than a straw-walker combine).”

A pre-sale estimate value always requires homework, he says. “Dealer websites help when looking for comparables, but I like to gather market information from a number of sources by getting on the telephone.

“Being quite close to harvest may affect a sale price as most buyers will have got sorted. For trade buyers, there’s a risk it might stand over harvest if there’s not a purchaser already lined up.”

As a comparison, auctioneer Brown & Co recently offered a 13-plate CX8070 with 7.5m Varifeed self-levelling header, 1,100 engine hours and 924 threshing hours for a client entering into a contract farming agreement. It made £102,000 plus buyer’s premium, reports Chris Purllant, a partner at the company. 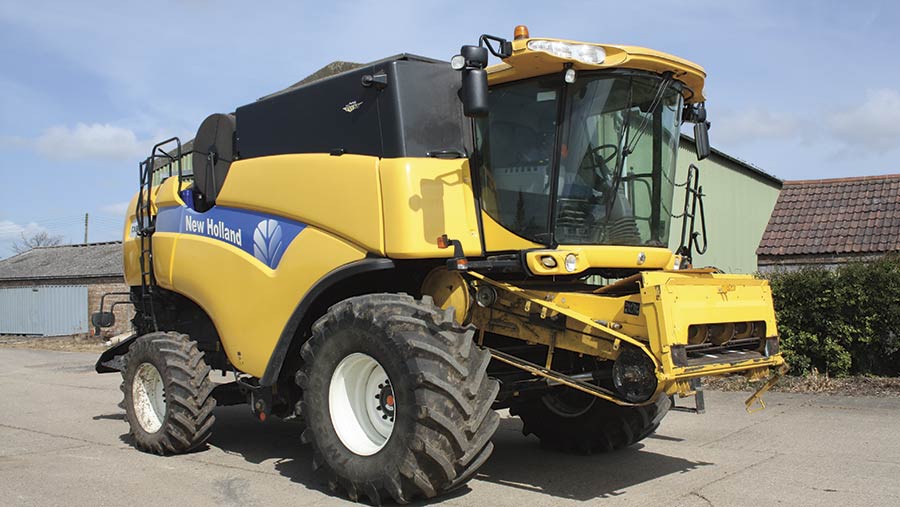 But it is not just the larger, high-spec prairie-like machines that are in demand, suggests auctioneer Bagshaws, which is offering a clean 2011 Massey Ferguson 7244 Activa combine with 16ft header on July 14 for a Nottingham-based client.

It will appeal to arable farms in areas such as the South West, the Midlands, northern counties and areas of Scotland, where expansive cereal fields are few and access width may be an issue, suggests Bagshaws auctioneer Mark Elliott.

“It’s important to know operating hours, service record and upgrades, but also who has driven it,” he says. “Has it been the owner-operator or the same employee who has cared for it like it was his own? It all adds to the genuineness of the machine.”

And it’s not just the combine itself on which buyers may make a judgement, but the condition of other equipment being offered, suggests auctioneer Ben Baggott of Barbers Auctions.

The company recently sold a 1997 Massey Ferguson 36 Data Vision with an 18ft header on 3,506 engine hours and 2,730 harvesting hours for Midlands clients retiring from active farming. It made £20,000.

“In this instance, the family had a long-established relationship with a local firm of MF engineers, which worked closely with a main dealer for servicing and maintenance,” Baggott adds. “Alongside a line of very tidy MF tractors, everything on the sale field just looked right and that gives buyers confidence.”

What a difference a little rain makes. Mobile grain dryers are an insurance policy for many growers without fixed plant, and variations in weather pre-harvest can influence sale prices markedly.

For example, recent dispersal results suggest a dry spring may have contributed to a very well maintained Opico 380s 9t diesel-fired dryer achieving an affordable £2,500 at a retirement sale in Warwickshire.

A few weeks later, after a band of rain swept the Midlands, a slightly younger and higher-capacity 2003 Opico Magna 1200 QF paraffin-fuelled dryer – also in good order – made £8,700 for a client of Barbers Auctions in Shropshire. 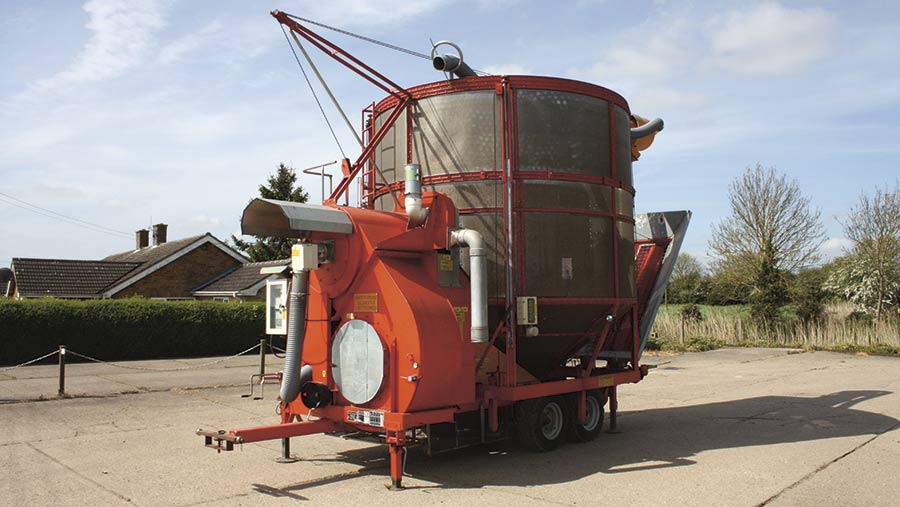 At 10 years old and with such low hours, it exemplifies the “insurance policy” status of many mobile dryers, says Brown & Co’s Mr Purllant.