There is a new beast in town, built like a brick outhouse and with testosterone coursing through its fuel lines.

Surprisingly, it comes with an Isuzu badge, and the bare bones of the AT35 version still carry plenty of D-Max DNA.

A company called Arctic Trucks is responsible for the conversion, which has added serious off-road pedigree to the regular workhorse. 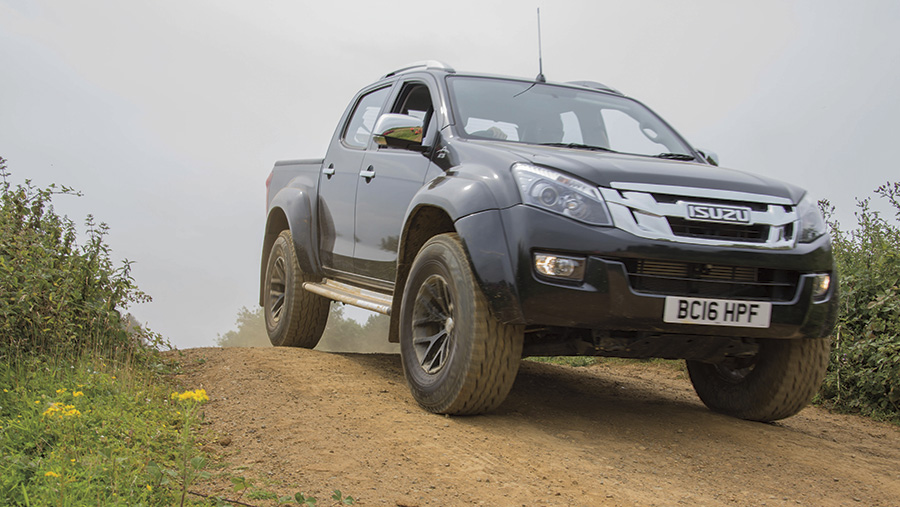 The Icelandic off-road specialist has a history of taking regular production vehicles and fitting wacky add-ons to make them better suited to hardcore cross-countrying.

It has no shortage of experience when it comes to full-scale off-road expeditions, having sent its trucks to both poles and across the Greenland Icecap in the past few years.

Arctic Trucks has its own stock of D-Maxs and has been re-jigging them in Norway since the model was launched back in 2012, but Isuzu has decided the time has come to roll the beefed-up vehicles out across the UK.

The most obvious changes come in the form of swollen wheel arches and pumped-up suspension which completely alters the AT’s complexion.

The other advantage is an improvement in approach and departure angles, which mean the truck can handle steeper slopes and dips without pulling off bodywork front and back.

Special all-terrain Nokian tyres slot underneath the bulbous arches and have been selected to add stacks of traction.

They are less knobbly than a lot of off-road tyres, but Arctic Trucks says this expands their footprint over snowy ground where there is a real risk of sinking.

The downside is they are pretty specialist and very expensive, so sourcing a new set might require a bit more legwork than usual.

AT says the rubber can run at anything between 29psi for the road and 7psi for super-soft snow – conditions the AT35 is designed for.

In fact, the new footwear is apparently so buoyant the truck can stand where the average person would sink, despite its 2t-plus body.

There is also the option of adding an onboard flotation kit, too.

The supersized rubber wraps around 17x10in alloys, while chunky side steps have been added either side to help drivers get into the saddle. 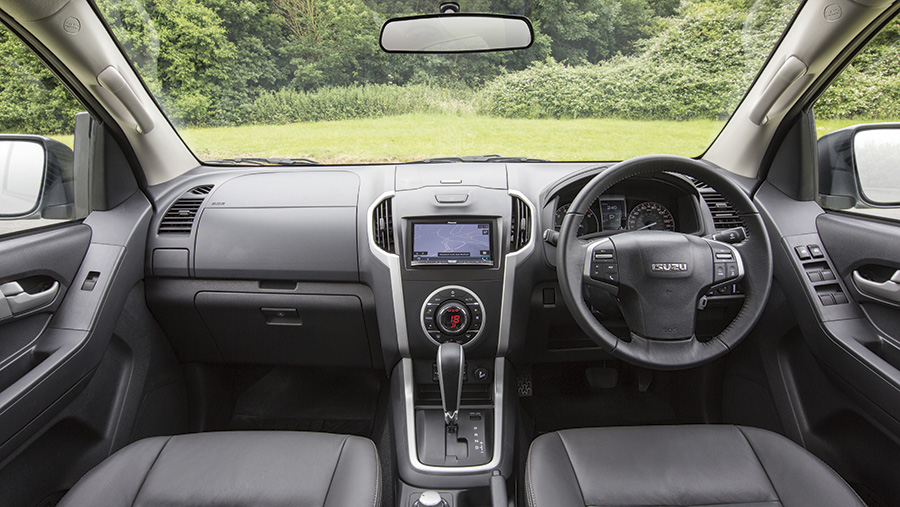 There’s no change in the engine room, so the original 2.5-litre twin-turbo block is still in employment. It delivers 163hp and 400Nm torque, which provides enough grit for most jobs but can’t match the economy offered by the likes of the Nissan Navara and Mitsubishi’s L200.

The same high-tensile steel ladder frame is also used, which means the uprated D-Max keeps the 1t payload and 3.5t towing capacity that has long been a must-have for the farming fraternity.

The cab is less remarkable and there are no AT tweaks to set it apart from the regular model.

Cruise control, six-speaker audio package and a few other toys are included, but it is a few steps behind most of its recently relaunched rivals.

Body-coloured bumpers and chrome-licked door handles and grille add a bit of jazz to the exterior, while optional extras include a 6.1in Pioneer satnav, reversing camera and a 27-LED worklight.

It is an unstoppable piece of kit, but most UK-bound AT35s will likely wind up in the hands of leisure buyers with a soft spot for American-style pickups.

The asking price looks quite high – nearly £10,000 more than the standard Utah spec it is based on – but there are plenty of other pickups on the market that comfortably clear the £30,000 mark.

It is also worth bearing in mind a new regular-spec D-Max will be launched in the first half of next year, which will bring a new engine, gearbox and a few cosmetic improvements over the existing model.

Where to buy one

Isuzu says it has hand-picked 36 dealers across the UK to sell the AT35 trucks.

Unlike most other commercial vehicle manufacturers, Isuzu has clearly targeted the professional market by selling machines through agricultural and truck dealers.

The manufacturer has also bolted on to some Land Rover dealerships to fill a Defender-shaped hole in the brand’s product range.