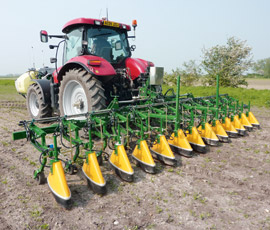 Although Micron is a major UK manufacturer of sprayers with two Queen’s Awards to Industry to its name, its products are better known overseas than in the UK.

The company dates back to the 1950s when Edward Bals began researching alternative spraying technology. He was born in Austria, but moved to England in the 1930s and then to China, where he witnessed major famines and starvation. This experience resulted in a life-long dedication to improving crop protection in developing countries.

CDA has achieved enormous success in Africa with well over a million Micron sprayers supplied to small-scale farmers. They have also become the standard method for controlling locusts and other pests in many developing countries.

UK farmers started using CDA equipment in the 1980s, but its success here has been limited because agrochemical labels do not include low-volume application. Efforts by Micron and bodies such as the Agricultural Engineers’ Association to resolve the labelling problem have so far been unsuccessful. Micron products currently sell in more than 100 countries and export sales have in the past contributed up to 98% of company turnover. This figure has currently fallen to just under 90% – not as a result of a fall in export business but because of the success of new products aimed at UK customers. Shielded sprayers, using either CDA or traditional hydraulic pressure nozzle, are a recent success, controlling weeds while virtually eliminating drift risks. The original shielded units used Micron CDA atomisers and were developed by an Australian company for working in vineyards. But the idea had obvious potential for a wide range of other crops so Micron bought the company in 2004 to continue development work.

Tom Bals, who took Micron over from his father, says the shielded sprayers are increasingly used in UK vegetable and herb production plus strawberries and other fruit. A new version, called the Varidome, has potential for weed control in arable crops such as oilseed rape, maize and sugar beet.

“Future crop spraying developments promise greater accuracy and efficiency, as well as improved spray targeting, low volumes and variable application rates,” he says. “However, major changes are needed in our regulatory system to allow improved application technology to benefit the user and the environment.” 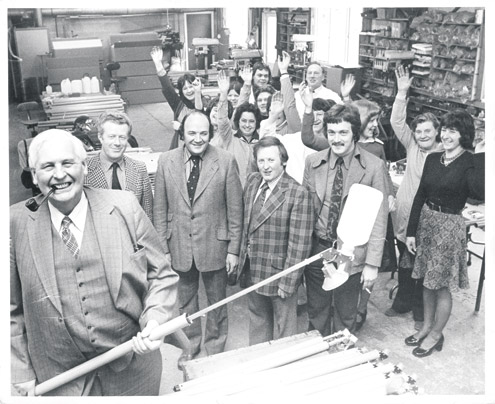 Read more from our Best of British series