The collapse of the Agricultural and General Engineers company or AGE was a major disaster for Britain’s farm machinery industry, but it was also the start of the Perkins engines success story.

AGE was formed in 1919 when 14 British companies joined forces, creating a giant manufacturing group to compete with American firms that were capturing a big share of farm equipment sales worldwide. AGE’s task was to reverse the trend and win business for Britain, but the plan failed and in 1932 AGE called in the Receiver and many member companies failed to survive.

One of the few AGE achievements was recognising the potential benefits of diesel power for tractors, and diesel tractor development began in 1928. Diesel engines were available in small numbers for trucks in the late 1920s, but tractors with diesel power were almost unknown. When the AGE tractor was ready for production in 1930 it was the world’s most advanced diesel model, but only about 12 were built when AGE ceased trading.

Member companies working on the tractor project included Aveling and Porter (A&P), a leading manufacturer of traction engines and steam rollers. They built the AGE tractor’s four-cylinder Invicta engine, which performed so well that when AGE ceased trading two A&P executives formed a new company specialising in diesel engine production. The executives were Charles Chapman, a talented engineer, and Frank Perkins, the A&P works director who also had an engineering background.

A new company called F Perkins Ltd was formed in Peterborough in June 1932 making diesel engines for cars and light commercial vehicles. At that time diesel cars and vans were almost unknown and the benefits of diesel power were not widely understood. Sales were disappointing and Perkins failed to make a profit during the first five years, but was kept afloat by a wealthy backer who paid the bills because of his confidence in the company and its products.

The breakthrough started in 1937 when the new six-cylinder Perkins P6 engine arrived. Compared with previous diesels the P6 was smoother, faster-running, easier to start and achieved an excellent reputation for reliability. Selling mainly as a truck engine, it contributed to the first Perkins profits in 1938, and a marine version powered Royal Navy rescue boats during World War 2.

After the war diesel power began a breakthrough into the farm equipment market with Perkins leading the way. Ford and Massey-Harris both began using P6 engines in tractors in 1948 and other tractor companies soon followed, developing their own engines or, in most cases, choosing engines from the expanding Perkins range. With increasing sales for combines and other machinery as well as tractors, Perkins was soon the biggest supplier of farm diesel power worldwide.

By the late 1950s Massey Ferguson was the biggest single customer for Perkins engines, and in 1959 MF bought the Perkins company. Another takeover followed in 1998 when Perkins became a subsidiary of Caterpillar.

Perkins total production capacity is currently 800,000 engines per year, including 500,000 at Peterborough. Engines are also built in a factory at Stafford plus facilities in Brazil, China and the USA, with another factory being built in India.

The engines power products made by more than 1000 companies in the construction, agricultural, materials handling and power generation markets.


Employees: Around 3000 worldwide including 1900 in Peterborough

Principle products: Perkins is one of the world’s leading manufacturers of off-highway diesel and gas engines between 4 and 2000kW. 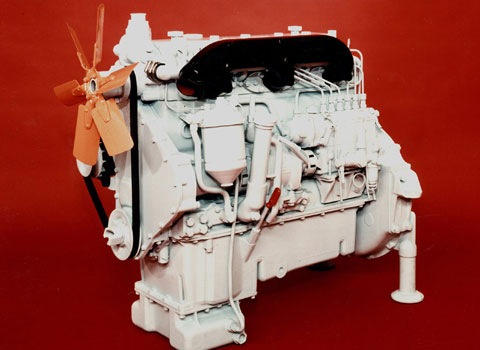 More from our Best of British series.