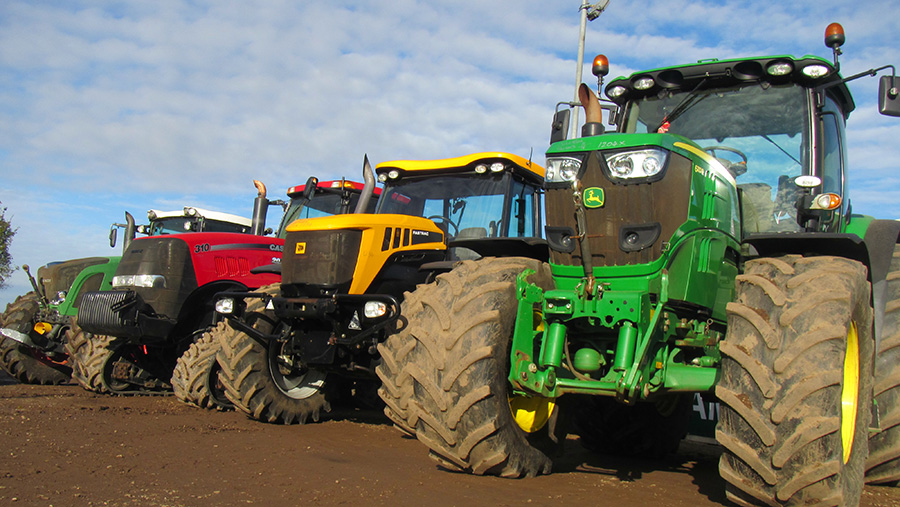 Life was tough at the top for John Deere in 2016. The firm sold 305 fewer units than in 2015, but still remains the most dominant tractor brand in the UK, with a 10-percentage-point greater market share than its nearest rival.

These figures are from 2016 – due to an EU competition ruling, tractor sales figures by brand are made available only 12 months after they are collected.

See also: Best selling tractor brands in the UK in 2015

The green giant’s market share is now down at 27.9%, compared with 30.2% in 2015, although second-placed New Holland couldn’t capitalise on the drop and actually saw a fall of 1.2 percentage points in its own share.

Third-placed Massey Ferguson was the highest-placed manufacturer to see a rise in sales – from 1,354 to 1,391 – which resulted in a 0.4-percentage-point growth in market share.

There was a share of the spoils in mid table, with Fendt, Claas, Kubota, Valtra and Deutz Fahr all gobbling up the sales dropped by the top two.

The most impressive gain was by German maker Fendt, which saw its share rise from 5.7% to 7% during the year, equating to an extra 141 machines on UK farms.

At the bottom end of the table, both Agri Argo brands – Landini and McCormick – suffered and saw falls in market share, with Landini dropping below 100 units for the first time in a number of years.