The heavy-duty machine is heading for Australia, where it will be spreading sludge on cotton fields near Brisbane on the east coast of Queensland. 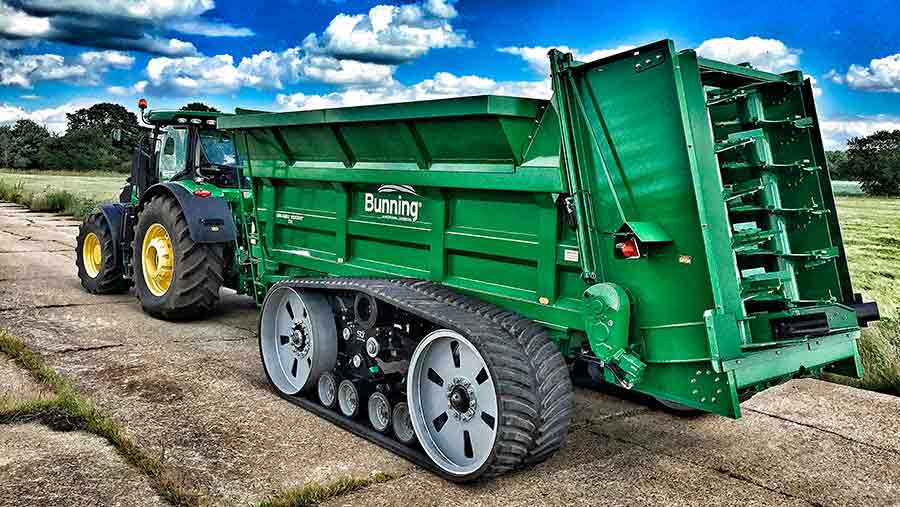 The area’s fertile black loam soil is easily compacted, so most growers run a strict controlled-traffic system and insist on light-treading tracked machines for all fieldwork, which includes getting heavy biosolids onto the ground.

Depending on the load, Sly reckons replacing the regular running gear with a track-based system can reduce overall ground pressure by 50-80%. 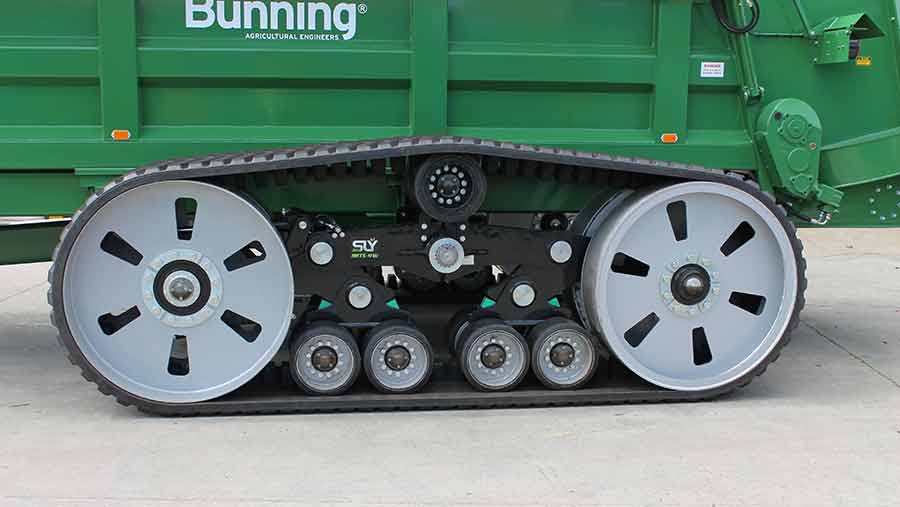 That’s despite the rig weighing in 14t empty and up to 45t fully loaded. Capacity of the body is 26cu m, which means contractors will regularly be running across fields with 30t of sludge on board.

To cope with the serious loads, Bunning recommends a tractor of at least 250hp on the front. The Aussie contractor plans to use a tracked John Deere 8370RT to tread as lightly as possible over the fragile ground.

Total cost of the spreader came in under £100,000, we’re told. That includes the shipping and door-to-door transport job from East Anglia to Australia, but Bunning reckons it should be able to shave a good chunk off the build cost second time around.

Much of that bill accounted for the 55t-rated track system, which has a £41,800 list price. Though most UK operators might find that sort of cash difficult to justify, Bunning has recently quoted for a smaller tracked spreader to be shipped to Sweden.

The tracks alone will cost £8,000 less than the Australian machine and the smaller spreader body will also make it more affordable for those spreading large quantities of muck and biosolids.