Our regular round up of changes in the dealer network features some big news in the John Deere and Case-IH families, with major restructuring efforts taking effect across the country.

Most people will be aware that John Deere is in the midst of a fairly serious restructure of its UK dealer network, which began before Christmas with Sharmans being unceremoniously dumped by the manufacturer. 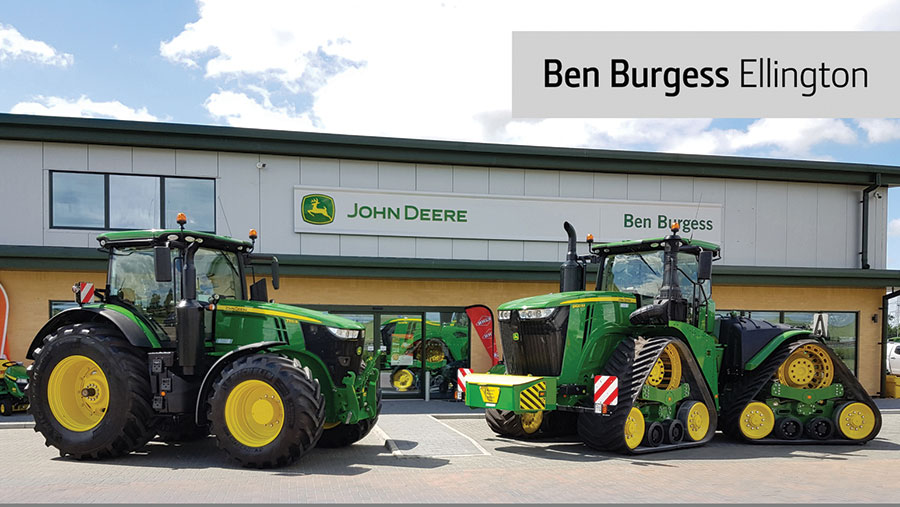 John Deere has since asked Ben Burgess and Farols to expand their areas on to the patch vacated by Sharmans’ five depots. 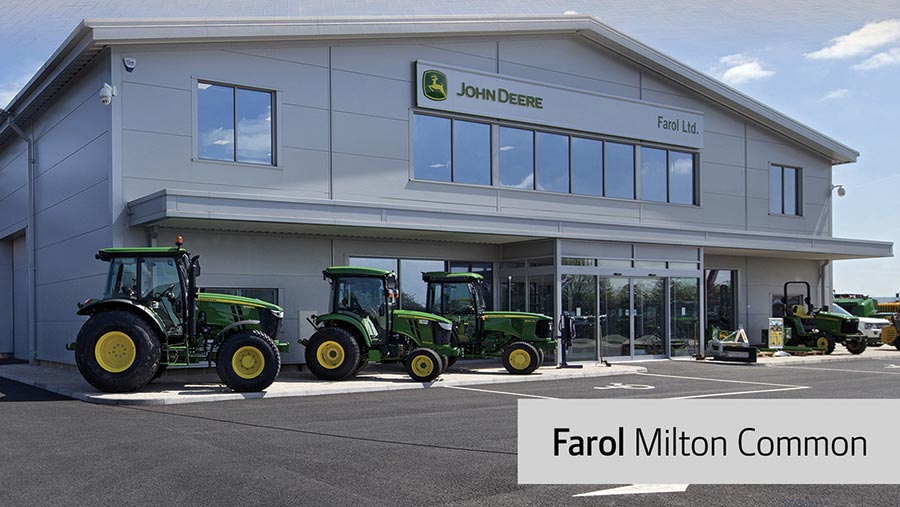 Ben Burgess will open a new outlet in central Rutland, while Farols will start a new depot in Newark to serve customers in Nottinghamshire, west Lincolnshire and Leicestershire.

Sharmans has been appointed as a Case dealer. The family-run dealership has a head office in Grantham and operates four further depots in Nottinghamshire, Lincolnshire, Leicestershire and Northamptonshire.

Meanwhile, Case recently served notice to its dealer of 29 years, Collings Brothers. It operates from two depots – Abbotsley in Cambridgeshire and Bridgstock, Northamptonshire.

Scotts Precision Manufacturing has recently agreed a deal for Yorkshire and Humber to serve its customers in north Lincolnshire and Yorkshire.

Based in Beverley, the machinery specialists will take on servicing and maintenance for toppers, windrowers and Evolution separators.

New UTV brand Corvus has wasted no time in appointing three new dealers, with Frank Gibson based in Kelso, Scotland, Johnston Tractors of Carlisle and Tom Taylor ATV in York all taking on sales and service for the bright orange buggy. 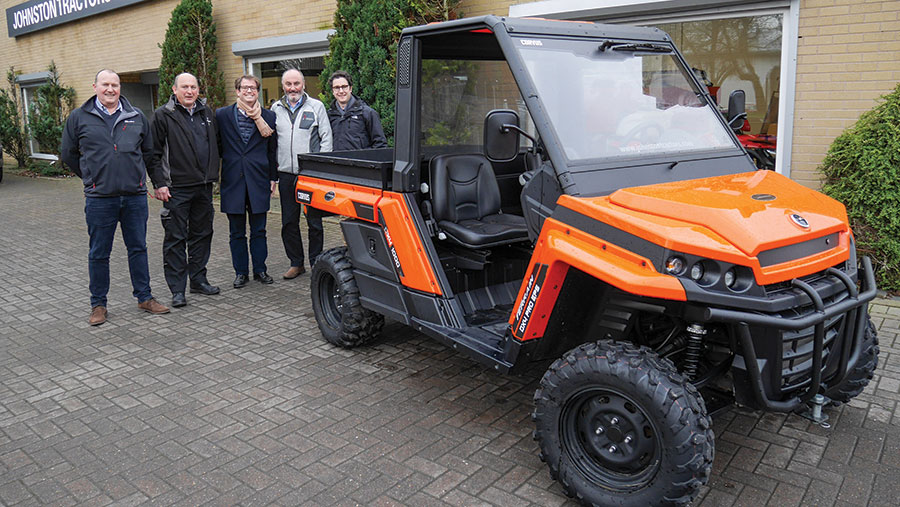 Dutch firm Trioliet has taken over the factory of Polish tractor and equipment maker Ursus in a bid to improve logistics.

This follows 25 years of Ursus supplying Trioliet with frames and components for its feed mixers.

More than 20 agricultural Protyre depots will stock and supply the new range of Goodyear tyres that were reintroduced to the UK last year. 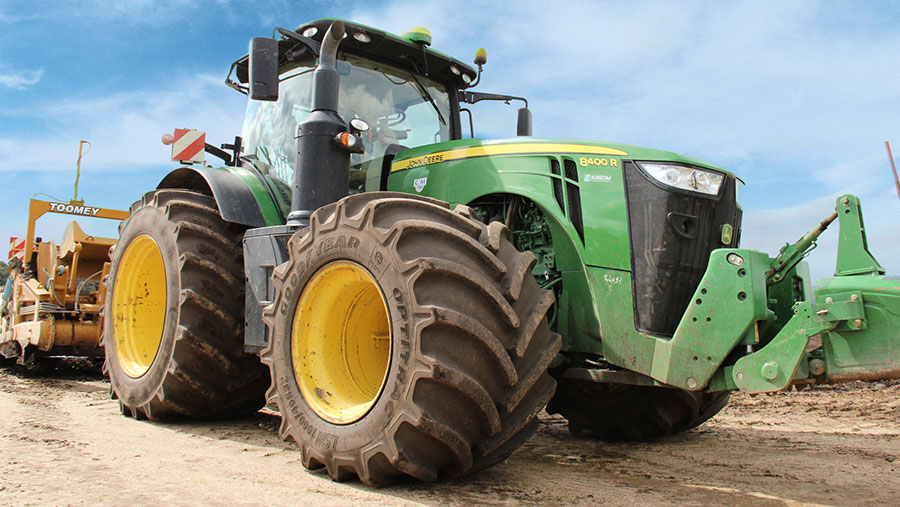 Two new dealers have been appointed to Bobcat’s UK network. 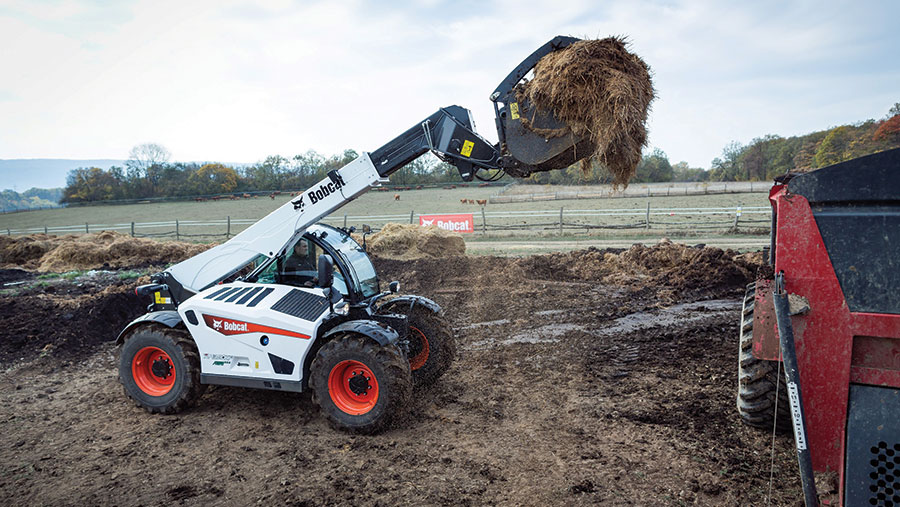 The first is A&M Group based in Lower Lamphey in Pembrokeshire, which will take on the sales and servicing for customers in south and west Wales and Powys.

The second dealer is Truckmasters Handling, which has depots in Wisbech, Cambridgeshire, and Norwich, Norfolk. Both new dealers will be responsible for selling and servicing the seven-model range.

John Deere dealer Ben Burgess has taken on the role of selling Vaderstad machines from its Norwich, Aylsham, Beeston, Newmarket and Ellington branches with immediate effect. 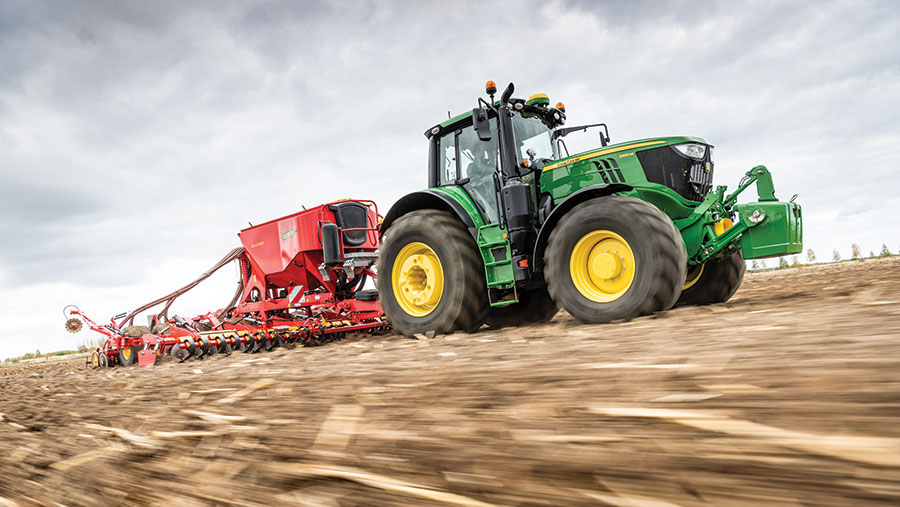 The dealer’s new depot at Oakham will also stock the implements from 2021.

Essex dealer RC Boreham has been appointed by Kuhn Farm Machinery to stock and sell its full range of machines. 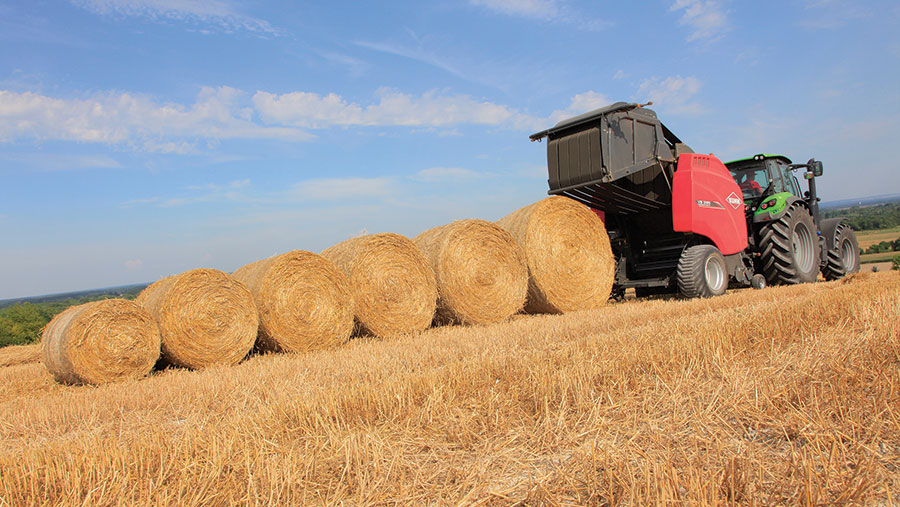 On-farm weather specialist Sencrop has acquired sensor firm Visio-Green in a move that will allow more than 10,000 farmers to connect to the company’s data platform. 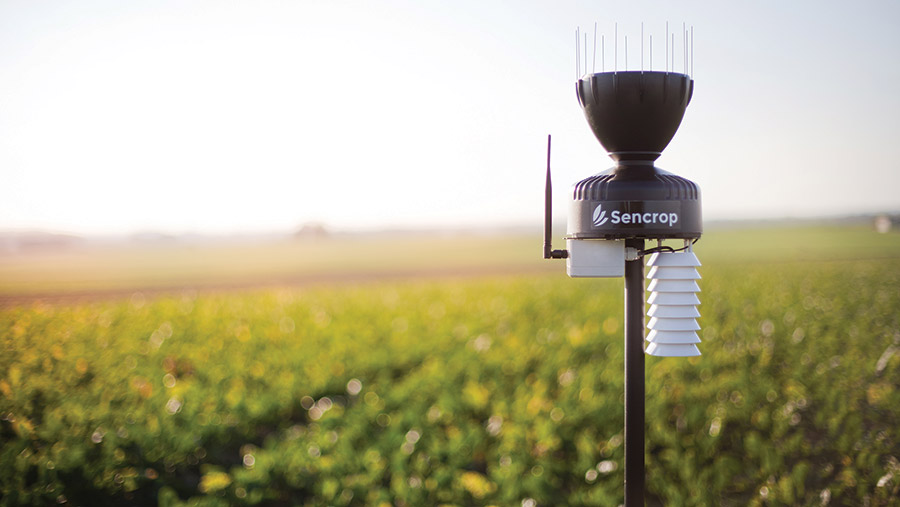 A development in Vicon’s dealer network is the addition of Vincent Tractors and Plant to sell both sprayers and balers through its depots at Fraddon in Cornwall, and Smithaleigh, south Devon.

Claas has opened the extension to its parts logistics centre in Hamm, Germany. 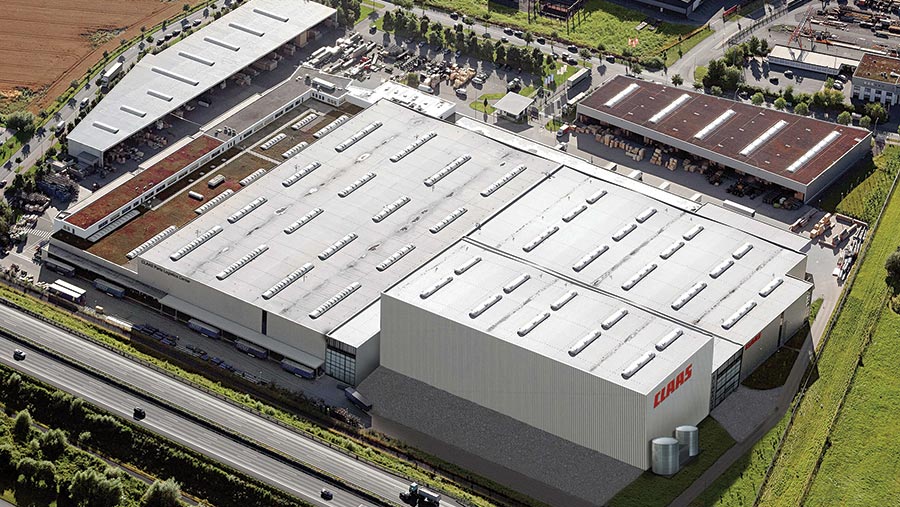 The construction took two years and the new building covers about 11,700sq m.

Davies Implements will provide sales and service for the full range of Avant loaders and attachments throughout south-west Wales.

Lincolnshire-based dealership Spaldings has secured an agreement with Grimme UK to distribute the firm’s soil engaging parts along with associated equipment throughout UK and Ireland, in parallel with Grimme dealers. 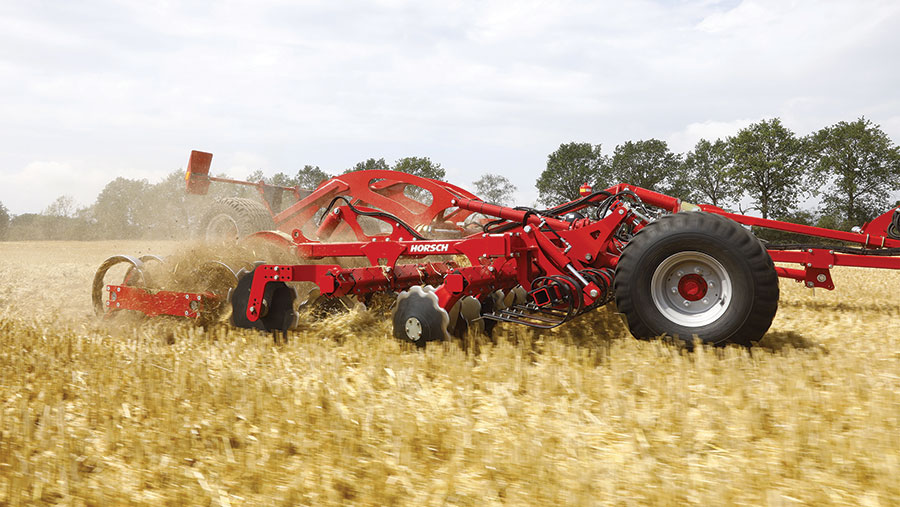 The parent company of Case and New Holland, CNH, has purchased ATI Inc, an Indiana-based manufacturer of rubber track systems for high horsepower tractors and combines.

The acquisition has been assigned to the Case brand and will provide customers with access to further specifications such as track suspension and carriage options.

The SmartTrax machines in New Holland’s combine and tractor line up are built by ATI.

JVS Machinery has been chosen by Belair to be the sole distributor of its bedding machines, mixer and self-loading wagons in the UK.

The French manufacturer builds a range of livestock equipment and has tasked the dealer, based near Market Drayton in Shropshire, with selling and servicing its livestock products.

Kubota has boosted its presence in India after the firm invested in tractor maker Escorts. 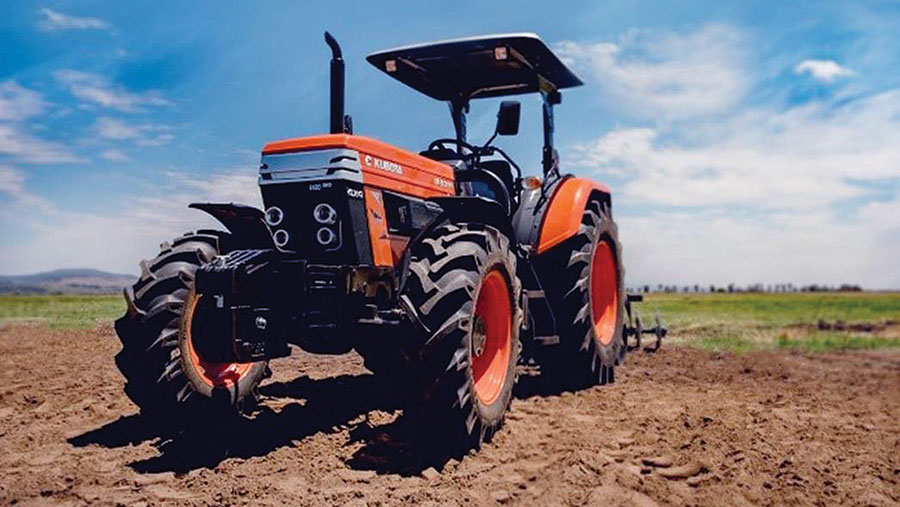 The Japanese company hopes this will give it a foothold in the competitive Indian tractor market.