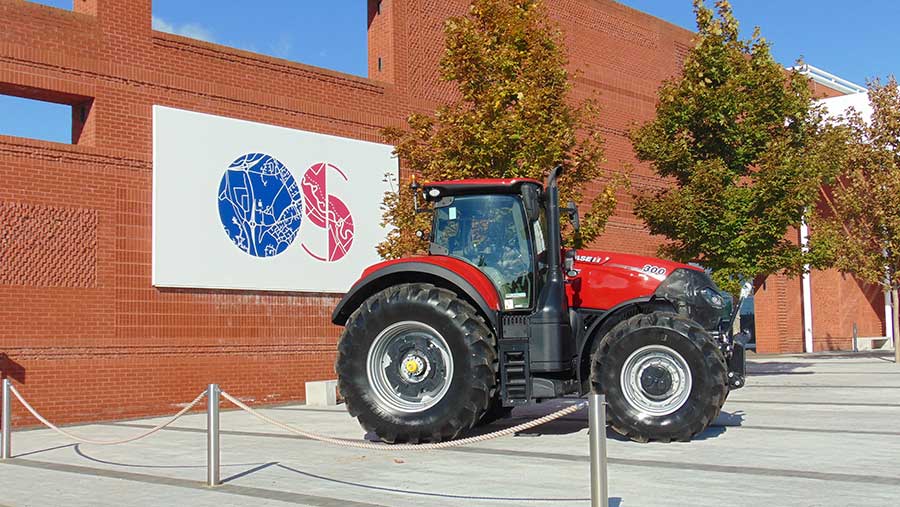 The tie-up will improve guidance signal for farmers

Case IH has teamed up with map producer Ordnance Survey to improve the guidance signal for farmers across the UK in a move that will see it become one of the largest RTK network providers in the world.

The deal allows Case to tap into a series of over 110 base stations dotted around the country that are owned by Ordnance Survey.

In theory it will work from Land’s End to John O’Groats, and Ordnance Survey is currently working on its coverage of Ireland and Northern Ireland.

The advanced measurements even take into account the UK’s drift towards Norway by 5mm per year and the 5cm raising and lowering of Cornwall each day.

In most cases, guidance signal is supplied from a single mast and the system will only work within a set distance of about 15km. However, the new AFS RTK+ guidance package has access to every base station in Britain, which means machines can automatically switch between reference stations on the move.

If in doubt, the system will revert back to a less accurate satellite signal for up to 20 minutes until it finds a station again.

Unlike other suppliers where a subscription is paid to the mast owner, this method will mean farmers pay Case IH directly.

The signal can be used by any make of machinery equipped with a suitable receiver and an annual user subscription for the OS-supported Case IH RTK+ signal costs £850 including SIM card.

For Case, the more dependable source of signal takes the company another step closer to making its driverless tractor technology a reality.

Ordnance Survey, meanwhile, is pushing the boundaries of autonomous cars and, as it is government owned, is leaning on the law-makers to allow production.

It is also developing its map-making technology to monitor ground conditions more accurately. The changes mean plane-mounted cameras will monitor the type of crops grown in individual fields, along with illegal buildings, extended cropping areas and even untimely hedgecutting.