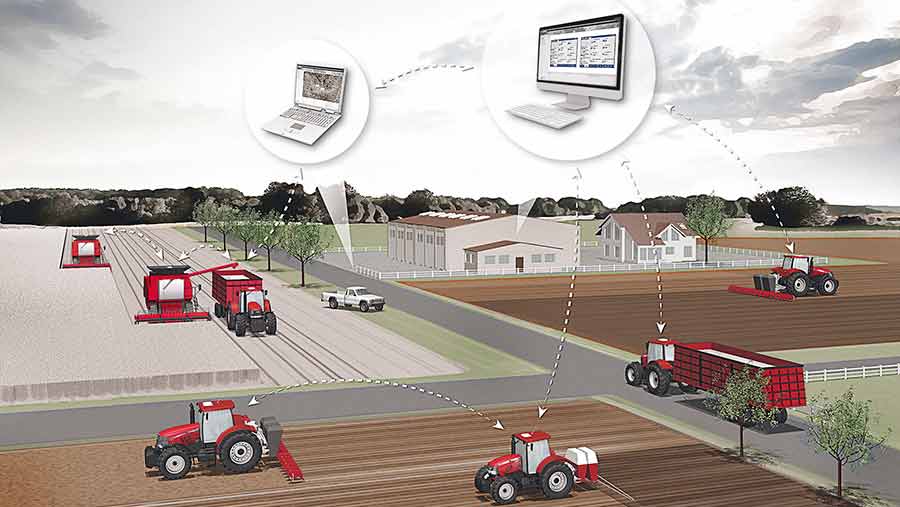 Telematics systems that allow you to both monitor your combines’ and tractors’ performance and let you know if they’ve been nicked have been around for a while. However the latest versions are said to be cleverer and more versatile.

Case IH has launched the latest version of its AFS Connect 2.0 telematics system. It allows you to transmit machine data as well as protecting your vehicles against burglary and diesel theft.

AFS Connect also lets you retrieve machine data at any time via the internet, says the company. The system also uses a motion sensor to send you a text or email whenever a tractor or combine unexpectedly starts up (if the combine fires up in January, for instance).

Machines are often stolen from farms with the help of low-loaders, points out the company. In that case, the AFS Connect motion detector keeps track of the vehicle’s movements after it has been unexpectedly started up and then refreshes its position every five minutes.

Another sensor monitors the tank fill level. As soon as the volume of diesel drops by more than 5%, an alarm message is sent out automatically.

The system still functions even if the tractor battery has been disconnected. The system has its own power supply, making it possible to track the position of the machine for several hours. Even if the machine has gone abroad, the owner can see its position without having to pay extra roaming charges.

Owners can also set exclusion times or zones during which the machine should be stationary. If the machine is moved during these exclusion times and zones, an email alarm is automatically sent out. Case AFS systems can often be retrofitted to out-of-date machines and non-Case IH equipment, too.

On the machine data-collection front, AFS Connect generates (and records) a graphic display of engine speed, water temperature, hydraulic fluid pressure, fuel level and battery voltage, etc. Area covered and average yields (in the case of harvesting machines) flow rate and humidity, as well as weight and a fuel report are also compiled.