The latest Axion 800s look set to ruffle a few feathers with their new cabs, engines and tweaked transmissions. Nick Fone and Oliver Mark pitched the range-topping 850 against its forerunner to find out what’s changed.

This year marks the 10th anniversary for Claas tractors. After a decade of tractor watchers harking back to its Renault roots, it finally seems the German giant’s tractors are beginning to shape a mould of their own.

The end result might still involve contributions from various engine, transmission and component manufacturers, but the tractors have come a long way from the orange hand-me-downs originally produced in the late 1990s.

The four-model Axion 800 series – which tops out at 264hp – is the latest addition to the line-up. To see how things have changed, we pitched the range-topping 850 against its predecessor.

During its six-month sabbatical (a result of a lack of emissions-ready engines), it looks like the 800 has been gorging on the cookies. Its weight has increased by 1.2t thanks to a new Dana front axle, a change of engine and a beefier back-end.

Cab: Cebis armrest, four-pillar cab (previously six-post), narrower, pivoting dash with a foot pedal to lift up and down. 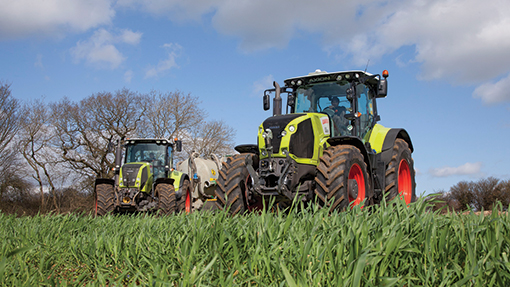 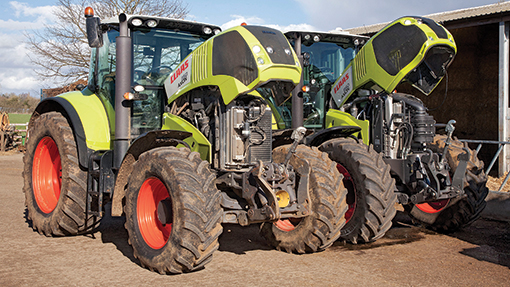 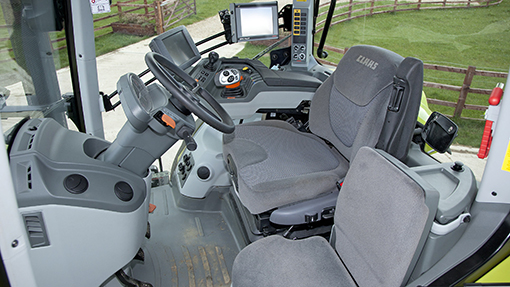 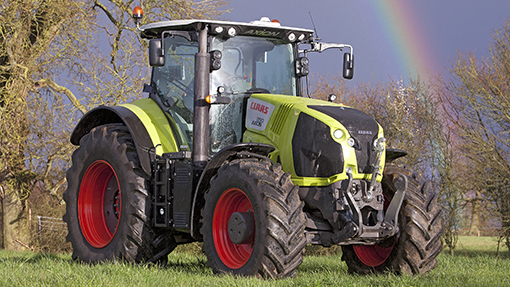 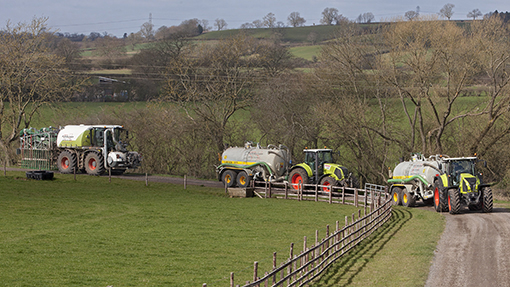 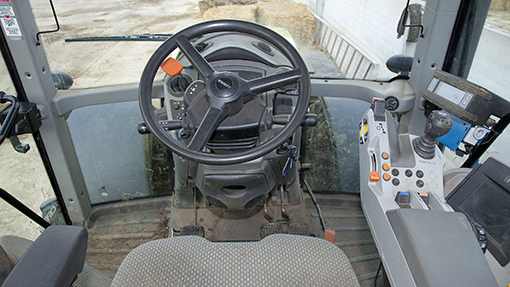 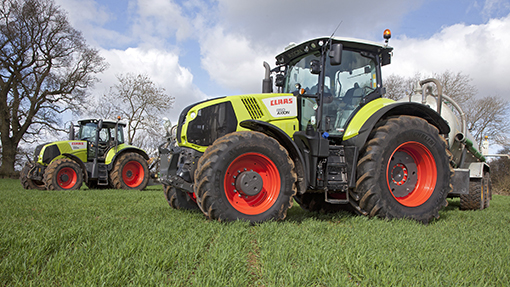 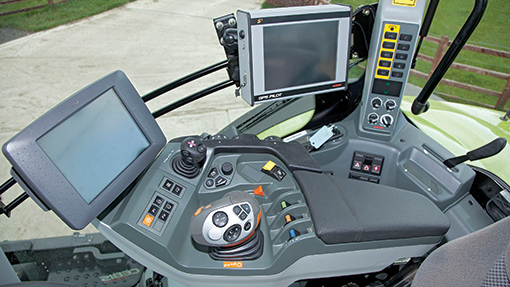 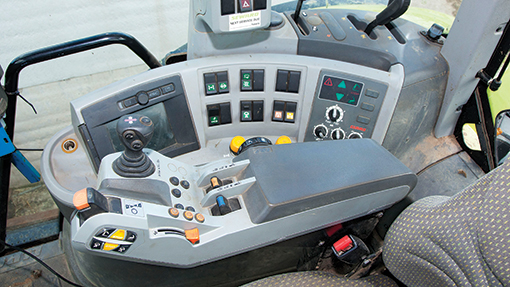 One of the biggest changes in the new Axion is in the engine department. The long relationship with John Deere engines has ended and a Fiat powerplant has taken its place.

While the Deere motor recycled exhaust gases to clean up its act, the Italian engine uses AdBlue (at a rate of about six litres for every 100 litres of diesel burned) to keep in line with the latest butterfly-friendly eco rules.

While the same Fiat block is used in plenty of Case New Holland products, Claas has put its own stamp on it by opting for a variable-geometry turbo and structural sump.

By doing away with the need for chassis rails when a front linkage is fitted, this is said to maintain manoeuvrability. In reality, the turning circle is identical to that of the old Axion, but it can also manage it with larger tyres.

Running at full-chat, a cooling fan can sap up to 40hp on a tractor of this size. To help counter this, Claas has opted for an electronically controlled viscous fan that runs only when things start to get hot under the hood.

This, and the fact the new engine ups the ante significantly on the torque front, means the tractor is able to haul its extra bulk about with less thirst for diesel, according to Claas.

Claas has slowly separated its tractors from their orange-liveried ancestry, but it’s not until you climb from cab to cab that you realise quite how radical the redesign has been.

The multifunction handgrip, which looks like some sort of Star Wars-style headgear, comes from a Lexion combine and the space-hogging armrest is from a 900-series Axion.

Layout is generally well-planned. Eight programmable F-keys provide the exceptions to the rule – they’re great for the geeks but being able to programme what you want, where you want, often adds unnecessary complexity. We reckon four F-keys should suffice, and would also cut switchgear clutter.

Little has changed on the thumb-wheel-controlled Cebis computer. It might sound second-rate to touchscreen equivalents, but we don’t think you lose out, especially when greasy fingers are involved.

Surprisingly, Claas has also stuck with standard twiddle-able dials to control linkage draft and lift height – a big bonus in our book. Front linkage controls remain computer-bound but, fortunately, the Renault-era faff of rear-hitch activation has been solved.

Elsewhere, four pillars have replaced six (argue among yourselves about which you prefer) and the whole dash now pivots with a push of the pedal.

There’s also a better view over the bonnet thanks to some streamlined tinwork, despite it having to hide the dustbin-sized catalyst on top of the six-pot block. Like most tractors in this horsepower bracket, the view to the linkage has suffered as cabs are shunted forward of the rear wheels to improve ride comfort.

Shifting slurry and muck was the order of the day for this lime-green pair. Tandem-axle Major tankers and Marston trailers brimmed with 16t of muck were tugged along a 10-mile road route.

Differences in handling were obvious. Some of that – such as slop in the track-rods that made steering as jumpy as a wild Mongolian mare – can be put down to the 2,000 hours already clocked by the hard-worked older model.

On paper it’s the 24-speed transmission that has changed the least during the Axion’s evolution. It’s pretty much the same four-range, six-speed powershift box and GIMA back-end produced in partnership with Massey Ferguson. However, behind the scenes, the boffins have slickened up the software.

To get a feel for any differences, we set the box to shift automatically. The older model raced up the cogs as quickly as it could, leaving it out of puff by the time it reached the sixth slot. The new model, in contrast, hung on in each gear like egg yolk on an Aran sweater, and its shifts were sharper and smoother.

When it comes to slowing up, the new tractor definitely has the edge over its forerunner. The top two Axions get proper front axle braking, which ensures that, while the older model struggles to stop, the 2014 version comes to a quick and drama-free halt.

The cab on the new Axion 800 is certainly a smarter, sleeker and quieter place to spend the day in, but there’s very little difference between them when it comes to operation. It handles more precisely, though, and the gearbox is much more responsive.

However, the controls are so similar to those of its predecessor that you often don’t realise just how much has changed under the skin. Those changes have come at a cost, too. The new 850’s price-tag is 20% heftier than the old timer’s and the tractor itself is 1.2t heavier.

That will be an advantage for draft-hungry cultivations, but lugging those extra pounds may have an effect on its diesel usage, even with the Fiat engine’s 10% extra torque.