Over the course of the next five years, the multimillion-pound project will see the complete redevelopment of the existing Claas and Manns dealership site.

“By giving the go-ahead for this new building, the Claas Group and family have shown their commitment to both Claas in the UK and also to west Suffolk, where we are now one of the largest employers,” said CEO Trevor Tyrrell.

The history of Claas and Saxham goes back to the 1930s, when local farmer Bill Mann started importing the company’s combines from Germany. 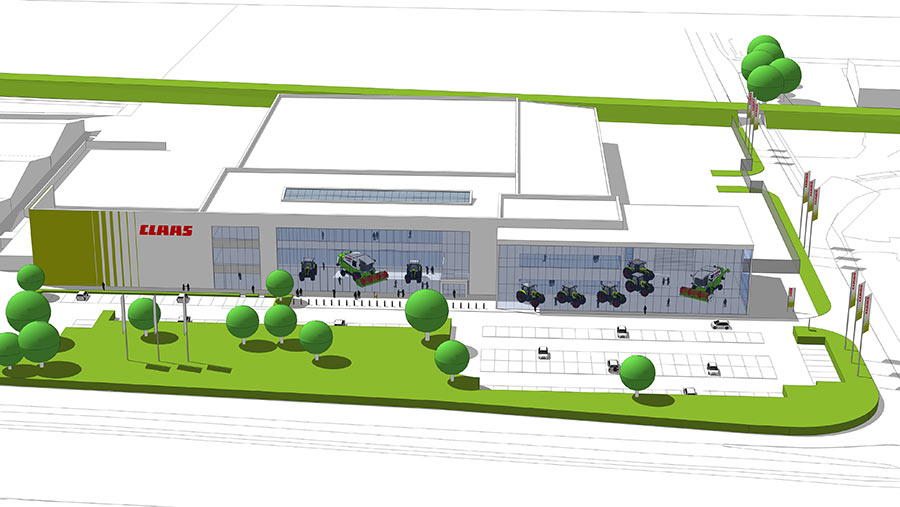 The Manns company moved to the site at Saxham during the 1950s and the current headquarters building has been a landmark alongside the A14 for many years. It was constructed in the 1960s and has been extended piecemeal since then.

The redevelopment of the site will take place in phases and will include further offices, a showroom and a parts storage and distribution centre, with completion expected in 2020.

The redevelopment of the site is at an advanced pre-application planning stage and scheme intentions have been discussed with planning officers, receiving support in principle, subject to the submission of the detailed application for consideration.