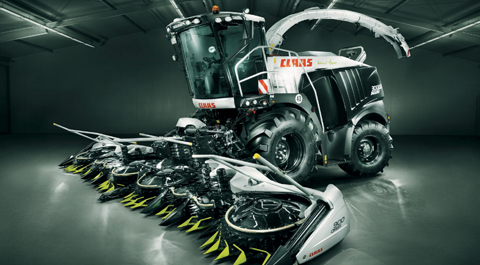 Claas has developed an innovative system for controlling engine output on its top-end Jaguar forage harvesters, which boosts performance and improves fuel efficiency.

The Dynamic Power system will be used on 970 and 980 models and will automatically change between 11 different power levels depending on the load exerted on the machine.

This means the forager’s single engine will be able to operate at full power when working in heavy crops and reduced power during less strenuous work.

Previous models were powered by two engines, but Claas has had to drop to a single power plant to meet emissions regulations. One of the big advantages of the twin-engine approach was that it could run on a single engine to reduce fuel consumption during light work and both plants when full power was required.

But Claas says the new system offers even more control over engine output than the previous duel-engine system. As the load on the engine varies, for instance when working in lighter crops, or in lower yielding parts of a field and on the road, the control system automatically recognises this and will alter the engine power output accordingly over 10 power steps.