Farmers and contractors looking to take several options into consideration when choosing a new tractor will find the new specification and price guide published on FWi this week a useful starting place.

Covering all models from 50hp to 680hp, the guide provides essential specs alongside current list prices, taking into account variations such as synchro versus power shuttle transmissions, and 30kph, 40kph and 50kph speed options. 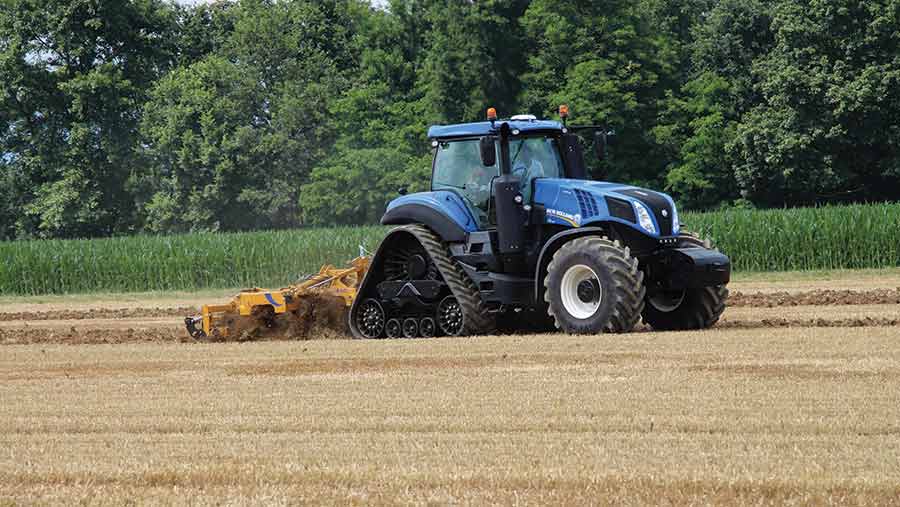 The rate of new model updates has barely slowed this year as manufacturers continue to switch to Euro Stage IV or US Tier 4 final emissions-compliant engines and introduce new features and technologies.

Included in this latest guide are the 95-115hp Case IH Luxxum successors to the Farmall U Pro and latest-spec 125-175hp Maxxum models with semi-powershift and CVT transmissions.

John Deere’s lengthy listing includes Euro Stage IV versions of the 116-206hp 6M with new 24×24, four-powershift CommandQuad Plus option and the 517-670hp 9RX articulated tracked tractors. However, the newly announced 90-125hp 5M Series and 450hp addition to the 8R Series will be added when they become available in 2017.

Other debutants include new efficient-spec versions of the 143-175hp models in the McCormick X7 Pro Drive line-up (which goes to 212hp), including the 160hp six-cylinder addition to the range.

Stage IV emissions-compliant New Holland T5 and T6 ranges also feature, delivering power outputs of 99-117hp and 125-175hp. With the 24×24 Dual Command transmission having been dropped, both ranges are trimmed back to 16×16/4 Electro Command models, plus Auto Command CVT in the T6 Series.

Additional models in the Same Fortis range extend this 118-210hp offering and the Valtra N Series is similarly fleshed out with cleaner engine versions of the 99-185hp family as the Finnish marque continues its transition to the 04 generation.

Changes to each maker’s combine line-up are relatively few this year, with tweaks and adjustments or new connectivity upgrades being more common than wholesale design changes. 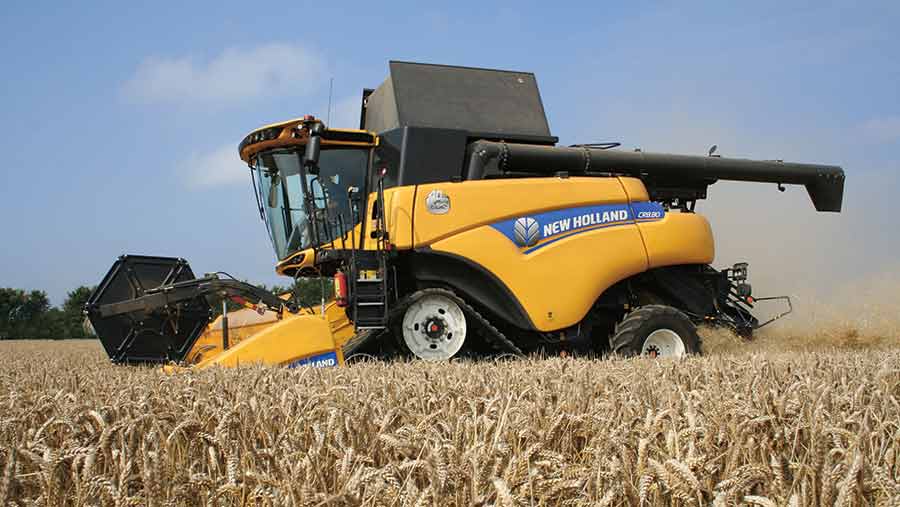 That said, Claas Lexion 600 straw walker combines have been pretty comprehensively re-engineered in swapping out their Caterpillar motors for Mercedes-Benz engines and installing the power-saving Dynamic cooling system first seen on the Lexion rotary separation machines.

Case IH upgrades are limited to a new straw chopper for 240-series Axial-Flow combines, albeit one said to bring significant improvements in chopping and spreading performance.

The Deutz-Fahr line-up loses the 6040 combines at the bottom end of the range while swapping from Deutz to Mercedes-Benz power units throughout the rest of the straw walker line-up.

But combines in Sampo-Rosenlew colours are off the market altogether now that John Deere markets the Finnish manufacturer’s Comia models as the W330 and W440.

In contrast, Fendt appears in the listings for the first time now that its UK dealers can supply combines built in Agco’s Italian factory.

The green line-up mirrors the Massey Ferguson range, which has gained a fully self-levelling Integrale 4wd version of the MF 7370 Beta for next year’s harvest.

John Deere’s listing highlights the number of ProDrive 40kph models in the range, extending from the 382hp five-walker T560 to the 617hp (667hp when unloading on the move) S690 full rotary.

Only New Holland’s CR8.80 small-frame rotary combine is affected by upgrades, with a modest increase in power (490-496hp) resulting from an FPT engine switch to meet latest emissions rules.

That leaves the singleton Versatile RT490 contra-rotary to complete the 2017 harvest line-up.