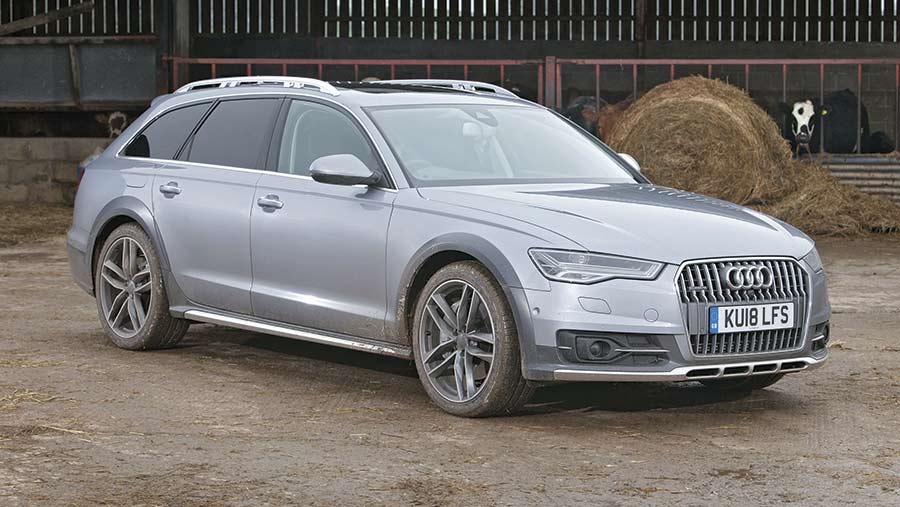 See also: On test: Audi A4 Allroad is a cut above the rest

To decide which was best, we put them through a week of mixed driving, including some typical farm-based off-roading and a longer run into the Welsh hills

Here’s how the powerful Audi got on…

The 3-litre V6 engine is a longstanding favourite in the VAG garage – it is also used in VW’s Amarok pickup and Audi’s SQ5 – and is as smooth and refined as they come.

In Dynamic mode, with the air cushions emptied and the body hunkered down closer to the tarmac, it takes a lightening 5.5sec to get to 62mph.

That made it the fastest of our bunch and, as the rev needle swings past 3,500rpm, it provides a booming V6 soundtrack in the cabin.

In comparison, the Volvo’s four cylinder made it shoutier at top-end revs, while the Merc delivered a somehow less satisfying thrum.

The BiTDI engine uses two turbochargers in a series formation (connected in line with each other). The smaller one takes the A6 to 2,500rpm and the larger one provides the firepower for the rest of the rev range, so there is always plenty of poke on tap.

Fuel consumption isn’t as bad as you would expect from a twin turbo V6, either. The car’s readout said we managed just under 40mpg on a 200-mile mixed driving route, which is by no means embarrassing against the 43.5mpg Audi quotes.

Our test model had Quattro permanent four-wheel-drive and an optional £1,100 sports differential.

Shifts are controlled by the central stick with manual paddles on the steering wheel that give keenos the chance to channel their inner Lewis Hamilton.

The dual-clutch system is punchy and quick to shift up and down the cogs, with changes barely noticeable even with the throttle pedal buried in the carpet.

There are plenty of toys, including hill descent control, lane assist and adaptive cruise as standard.

However, Audi insists on mounting the controls for cruise on a stick behind the steering wheel, which makes it a faff to set up.

The auto stop/start system also had a habit of kicking in a second or so too early and sometimes turned off too frequently in crawling traffic. 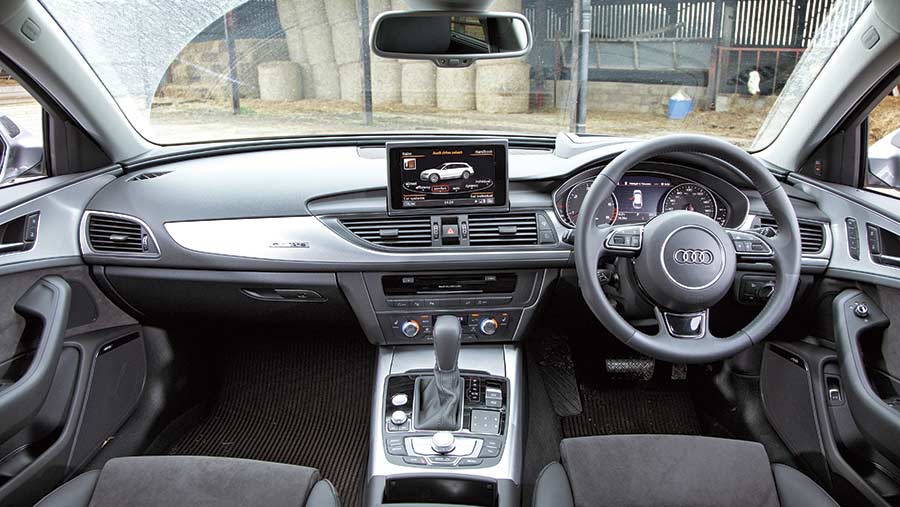 While the Mercedes feels like a space shuttle cockpit, Audi’s setup is simple to navigate. But, with an asking price of £70,000, the interior is getting a bit long in the tooth and isn’t radically different from the firm’s small hatchback offering.

There’s no big expanse of virtual dash or funky ways to change background lights – just a couple of old-school speed and engine rpm dials – and the optional virtual screens seen on larger models are yet to work their way down to the A6 models.

Because of this, the screen and controls are starting to show their age and the former cuts a lonely figure on the dash, rather than looking properly integrated. The satnav didn’t win any admirers, either.

However, Audi has recently announced a fresh-looking A6 Avant, with the pictures showing a glossy interior and tweaked exterior similar to the larger Audi SUV range.

Our fully loaded test model also came with a huge list of extras, which bumped the price up by £17,000.

In road mode, it would be tricky to tell the low stance of the Allroad apart from a standard A6.

However, the lack of colour coding on the wheel arches and bumpers is a definite give-away and is designed to make it look rugged and add paintwork protection. 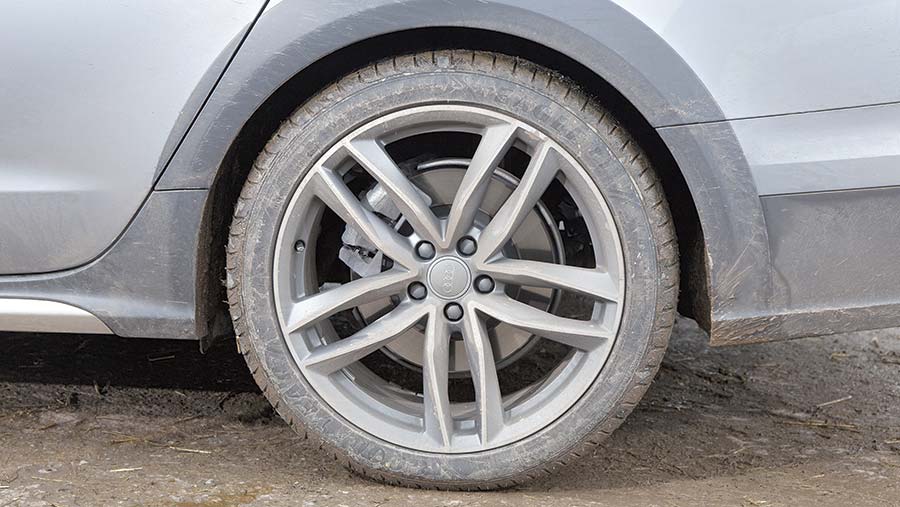 The four-corner air suspension glides the car over farmyard terrain, with the Allroad setting raising the car by 60mm in just a few seconds.

The Volvo has the edge in the height department, but the A6 will comfortably keep its underbelly clear of the mud on a stubble field, with Audi’s Quattro system putting grip to the wheels that need it.

The Allroad is everything you would expect from a new Audi – its beasty 3-litre engine is matched by a smooth Tiptronic gearbox, smart exterior looks and the cabin is well built, too.

However, it is due a freshen-up and came up short against the Volvo where off-roading was concerned. Despite that, we reckon it will take some beating on the 4×4 scene.