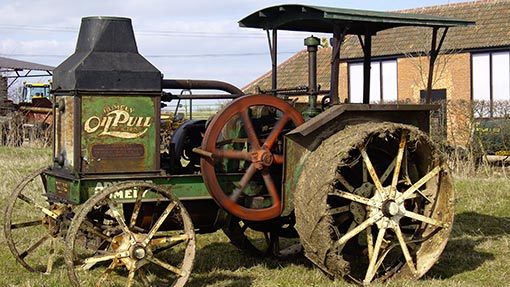 Old-kit enthusiasts are expected to head to Cheffins’ Cambridge Vintage Sale in considerable numbers on 26 April.

One of the rarest lots is a 1936 Ferguson Brown A Industrial, which is believed to be one of only two in existence. There’s also an original 1948 David Brown Thresherman, which replaced a Fowler steam engine in a Yorkshire threshing business.

Another rare item is the Swedish-made 1924 Avance 30hp diesel tractor, said to be the first of its type to be offered for sale by auction in the UK.

A rare Howard Platypus 30, Roadless Standard N Full Track, Porsche Super Export, Turner “Yeoman of England” and two Ford 7810s – one a Silver Jubilee model – and a David Brown 50TD and Trackmaster 30 will also be up for grabs.