A Case Magnum 380 coupled with a 16-row Vaderstad Tempo L maize drill has smashed the world record for the area of maize planted in 24 hours by covering a massive 502.05ha.

The feat, which took place on a farm in western Hungary, beats the two companies’ previous 448.29ha record.

Working at 76.2cm row spacing, the 12.19m-wide drill applied fertiliser and insecticide during the same pass, and clocked up speeds close to 24kph. 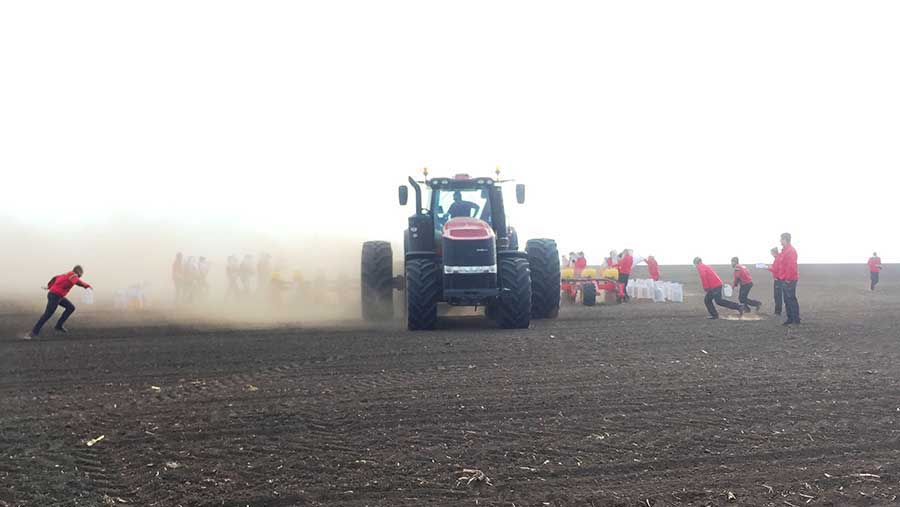 Case picked its stepless CVX for the job and reckons the swift acceleration back to working speed after headland turns contributed to the record time.

The drilling outfit was auto-steered by Case’s 2cm-accuracy AccuGuide, while individual row shut off was controlled by the tractor’s AFS Pro 700 terminal.