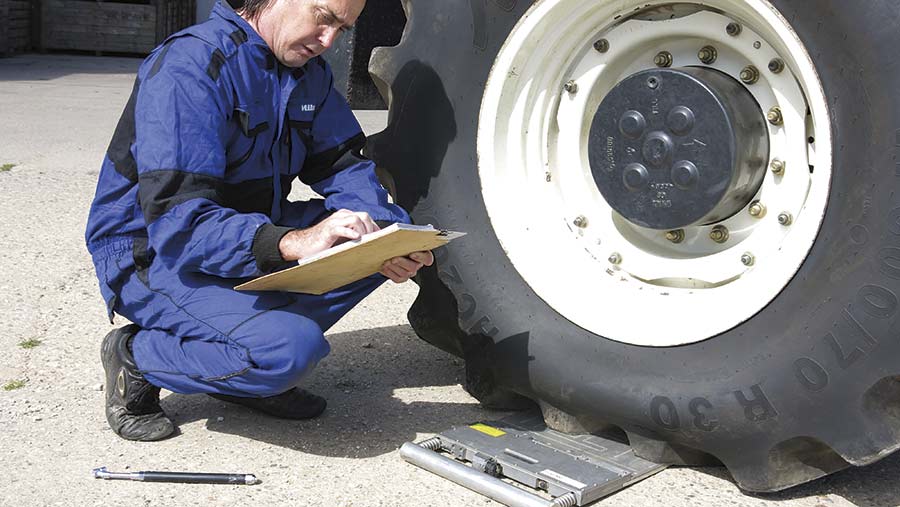 Improved on-farm understanding and use of tillage equipment combined with better use of tyre technology could be key to cutting costly soil compaction.

Damaged soils are estimated to cost UK agriculture more than £1bn/year – half of which can be attributed to compaction caused by machinery – through reduced yield, increased cultivation costs and the extra inputs required to boost production.

An increase in soil bulk density from 1.35t/cu m to 1.50t/cu m can reduce crop yields by 10–15%, plus requires much more tillage energy and fuel to break apart. In addition, air and water infiltration rates are slashed, eroding the health of the soil.

Harper Adams University soils expert Dick Godwin believes there is much that growers can do to mitigate soil-structure damage, simply by understanding and using their tillage equipment better.

He says this can be achieved by better and more frequent on-farm training, particularly for operators using deep soil-loosening tools, which can do more harm than good if used incorrectly or at the wrong time.

There are three broad tillage systems, including conventional plough-based systems, min-till with tine and disc arrangements and no-till or direct drilling.

Prof Godwin says setting up machinery correctly is relatively straightforward and well known in conventional-tillage systems, but with min-till there is such a vast range of machines, deciding what is best in each situation can be daunting. It is also critical to select the best machine to suit your soil conditions when contemplating no-till farming.

He adds on-farm demonstrations are crucial in selecting the right equipment for a soil type and growers should compare several machines side by side over a couple of seasons before investing to ensure it works in varying conditions.

If considering no-till, he advises investigating the pros and cons of the systems in your area/soil type as climate and soil can influence its success. It is also important to be prepared for reductions in crop yield in the first few transition years as the soils stabilise.

Set-up advice should also be sought from manufacturers to ensure the equipment is being used correctly and not having a detrimental impact on soil structure.

“The operating depth, width, spacing and rake angles of tines and the disc gang settings can have a dramatic effect on how soils are disrupted, as well as the draught force required,” he says.

The depth, width and spacing of the tines and disc gang angle can be adjusted by the operator, but the rake angle (between the forward horizontal and the tine tip) is generally governed by the manufacturer – this is usually about 20–25 deg for most soil-loosening tasks, resulting in low draught forces and good penetration into the soil.

For the correction of compaction, winged subsoiler tines can double the amount of soil disturbed by a single pass compared with a conventional subsoiler, while only increasing the draught force required by 30%.

“In addition, if you double the depth of your cultivations, you will quadruple the energy required, so working shallower (or no deeper than required) and faster (or with wider implements) is always better if you can,” explains Prof Godwin.

He adds that this season, where deeper ruts have been made during the wet harvest, growers should map the problem areas with GPS if it is available, or by hand if not, and wait for the correct conditions to sort it out with a subsoiler.

“The late harvest has reduced the window, so that might not be this year. If you know where it is you can go back and take it out in a targeted way, without having to cover the whole field,” he says.

Understanding the effects of tracks and tyres on soil density is also important, with harvest and cultivations a critical area, according to Prof Godwin.

He notes subsoiling after tracked harvesters is much easier than following wheeled machines, with 63% less force needed to pull implements through the soil in some cases.

“You can’t just let tyres down, though. You need to ensure your tyre pressure is safe for the operating conditions – usually slow in the field and quick on the road. The new breed of ultra-flexible tyres that are safe on the road at lower pressures will help,” he adds.

Kirk Walker, technical manager for Mitas Tyres points out while most farmers understand the need for good soil management and to limit the effects of using ever larger equipment in increasingly variable working conditions, they face one basic problem.

He says little support is available to help them understand the relationship between factors such as tyre type, inflation pressure and tractive force, and ultimately to protect the soil.

“In recent years, there has been major developments in tyre technology which, if used correctly, can help farmers to manage this critical aspect of their business,” he adds.

A “Soil Awareness Initiative” between Mitas and Lincolnshire-based distributor Bush Tyres is aiming to encourage operators to think about tyres in relation to the type of work being carried out, on an ongoing basis as operations and equipment change.

It helps farmers choose the right tyres and then offers a comprehensive two-year support package to help them understand how to better manage tyres in relation to soils.

“Some operators, for example, do not fully understand that the latest high-flexion tyres allow lower pressures to be used in the field to minimise soil damage, without having to add pressure for road use.

“The relationship between tyre types, operating pressure and wheel slip is often misunderstood, as well as their impact on soil structure and fuel consumption,” explains Mr Walker.

His message is to choose your tyres wisely, seek advice on the best options, make sure you have a distributor or manufacturer who can support you fully and put into practice the advice available. 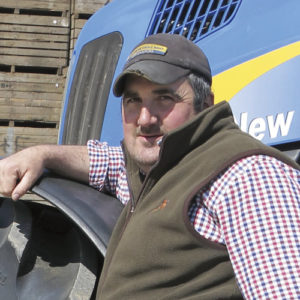 He opted for Mitas VF600 70 R30s on the front and VF710 70 R42s on the rear and the new boots have had an immediate impact, increasing the tractor’s footprint and drastically reduced wheel slippage when ploughing.

Mr Burrell admits he was previously aware of the potential damage the heavy equipment used on the farm was doing to the soil.

“We’ve got about 400ha of arable land to prepare each year and use a Dowdeswell six-furrow reversible plough on all our second wheats and barley land, plus a Cousins 3.8m cultivator on our first wheats.

“In previous years, we’ve grown sugar beet, too, so you’re having to go in with big tackle at difficult times of the year and you can see the effect it has on the land. We’re definitely treading more gently now, while still using the same big kit.”

In addition, time-consuming re-inflation of conventional tyres to head back on the road was necessary, but the new tyres have allowed them to run at one pressure, even when using the tractor with a 16t grain trailer.

Mitas’s Kirk Walker says to set tyre pressures accurately, regardless of whether high-flexion tyres or conventional ones are being used, individual axle weights are key.

The tractor should be set with the heaviest piece of kit you will be using hitched up, along with any necessary front weights.

“Ideally you want to be setting things up so 60% of the weight is distributed over the rear axle and 40% over the front, but the only way you can do this is to measure the weight carried by each wheel,” he adds.

For Mr Burrell’s tractor, this meant fitting the six-furrow reversible plough and putting 1,500kg in the weightbox.

“Using a weigh cell, you can then establish the weight carried by both axles, adjust where necessary to get the required 60:40 split and then work back to the lowest safe working pressure for the type of tyre you have based on the required road speed.

“In [Mr Burrell’s] case this was 12psi in the front and 18psi in the back for the new [high-flexion tyres], so they could run at 65kph. For the standard tyres used previously, this was more like 20psi and 30psi respectively for the same speed.”

These considerably lower pressures can lead to increases in footprints of 25%, so high-flexion tyres look very different to conventional ones when in operation.

Much of the deflection takes place length-wise so with a high-flexion tyre you should be aiming to get three lugs on the ground with only minimal sidewall deflection.

“The greater the bulge on the side of the tyre, the harder it is to run in furrows and the more vulnerable the tyre is to stone damage.”

In addition to treading more gently on the soil, improving traction and reducing fuel consumption, a well set up high-flexion tyre system can be more practical, too.

“If you are using conventional tyres correctly you really need to increase pressures each time you come out of the field and this can easily take 35-40 minutes with the high volumes involved.

“But with high-flexion tyres you can be ploughing in the morning then hauling a grain trailer in the afternoon without having to adjust anything,” says Mr Walker.