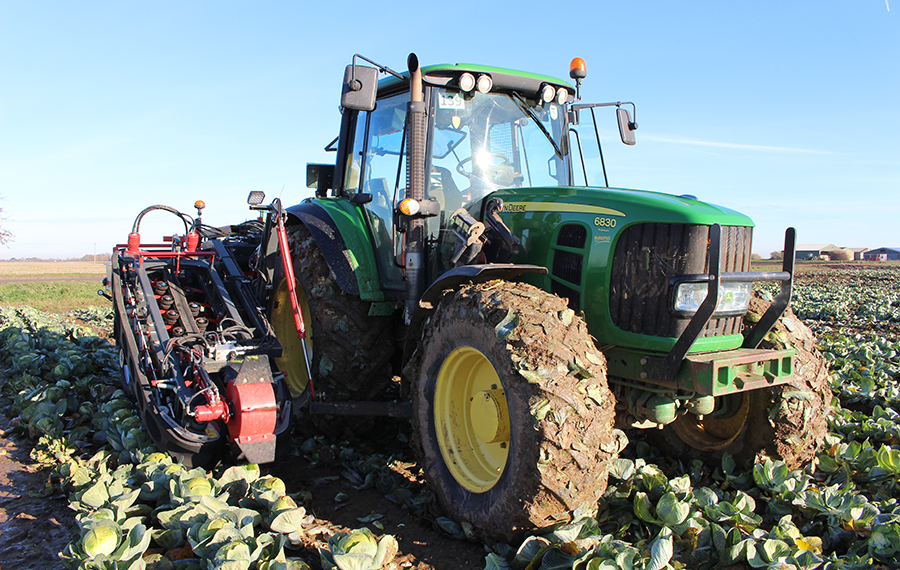 A small agricultural importer is hoping to revolutionise vegetable planting and harvesting tasks with a selection of new machinery aimed at hacking back the sector’s labour dependence.

Reliance on foreign labour stems from the turn of the century when an abundance of overseas casuals were available to help harvest vegetables.

However, many factors in the intervening decade, and the coronavirus outbreak, has highlighted that the supply of willing hands to pick valuable crops is worryingly fragile. 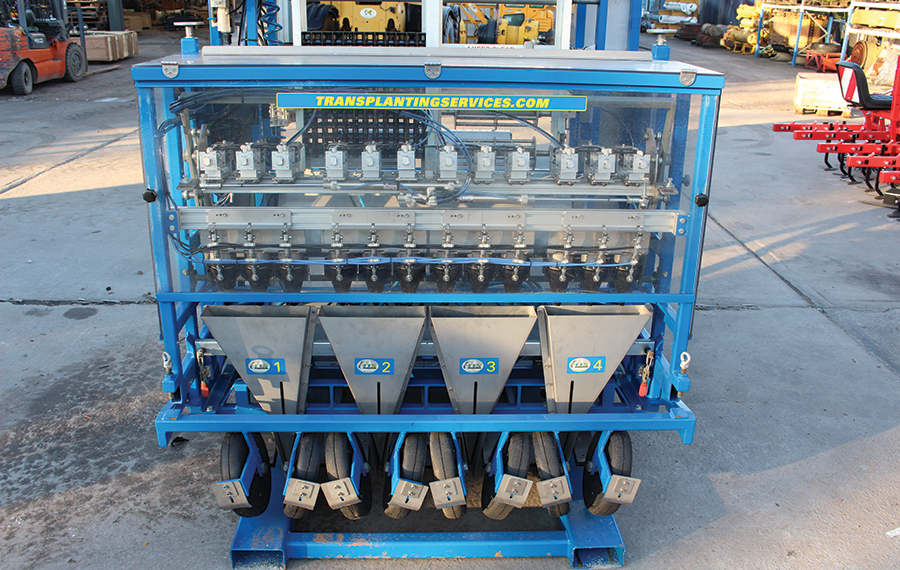 The planting machines Mr Featherstone brings to the UK are made by Dutch company Tolenaars Transplanting Services (TTS), which has 20 years’ experience in designing and building robotic equipment for veg and salad production. Its kit is as far afield as Australia and New Zealand, with big operations in the US running up to 20 transplanters.

Traditional planting systems are labour-intensive, as plant plugs arrive in various-sized trays and have to be manually extracted before being dropped into the planter. This requires one person per row.

The TTS builds are bespoke – so there are no off-the-shelf machines – with robots available in individual, twin or multi-row formats dictated by tray type and row distance.

Configurations between two and 15 rows are possible, with trailed, mounted or self-propelled machines on offer. A majority of plug-grown crops can be transplanted from any tray size, including strawberries, brassicas and even tree seedlings.

An air system takes plugs from the vertically mounted trays and drops them into the planting hopper at the correct interval in relation to the forward speed and desired plant spacings.

A plough share makes a groove in the soil before the plugs are dropped in at a precise depth. Any row can be turned off to allow tramlining, and following press wheels firm the soil behind.

Where it would have taken 10 people to feed a 10-row planter, plus a tractor driver, it now requires just two with outputs up to 6,000 plants per hour/per row.

A clever ground pressure system, which effectively enables the machine to float, reduces compaction and allows planting when conditions aren’t favourable. There are options for liquid or granular fertiliser tanks and also cameras to spot blanks in the trays.

“The growers I’ve taken over to Holland have been impressed with how innovative and simple the machines are,” says Mr Featherstone. “Some of them have been described as game changers for the industry.” 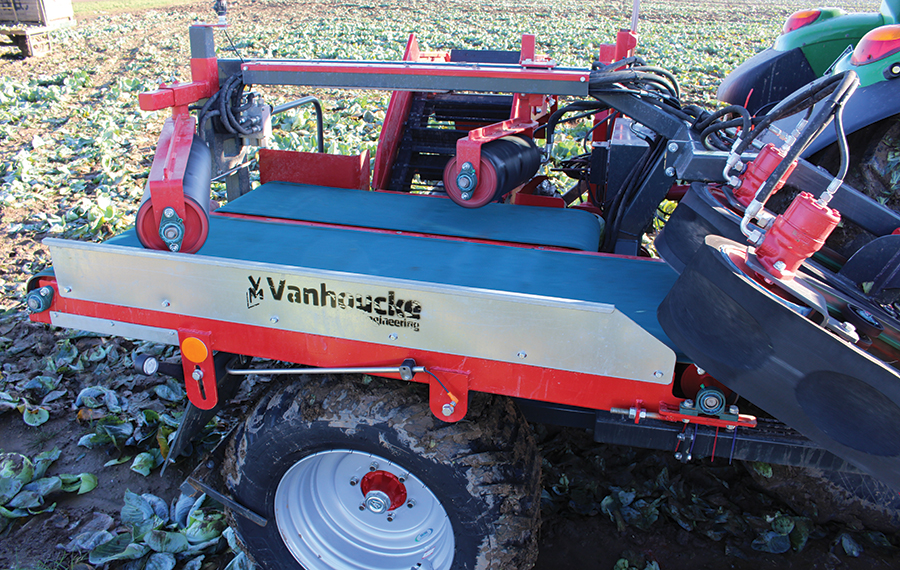 Featherstone Machinery has also gained the import rights for Belgium-based Vanhoucke Engineering harvesters, which are used for cabbage, leek and fennel crops.

The current harvesting method is for a team of labourers to bend down and cut each plant individually – a common sight across Lincolnshire’s fertile soils.

One of the key machines will be the red, white and savoy cabbage harvesters. Connecting to a tractor’s three-point linkage, a wrap-around elevator arm comes down the right-hand side of the tractor with two counter-rotating torpedoes at the base that slide either side of the cabbage as the tractor creeps forward.

The torpedoes are shaped like ice-cream cones, increasing in size from a point at the tip to almost touching by the end, lifting the cabbage and roots out of the ground. The cabbage is then fed up the conveyor, and a spinning blade underneath slices the roots and soil off to leave just the cabbage ball.

Two belt conveyors moving in opposite directions, along with cleverly placed rotating bars, help to knock off the unwanted outer leaves of the cabbage before it drops into a waiting box that can either run alongside the harvester or be mounted on the machine.

“These harvesters can offer big savings from what is currently used,” says Mr Featherstone. “A one-row machine is capable of replacing four gangs consisting of six people per gang.”

Mr Featherstone has already taken growers to see the machines working abroad and is talking with some of the biggest producers based in the UK’s veg hotspots around Lincolnshire.

With regards to price, Mr Featherstone is remaining tight-lipped, as the bespoke nature of every build means there isn’t an off-the-shelf starting point, but payback can be as little as one or two years due to the reduction in labour.

“Payback at these sorts of rates, and knowing the machines are proven to last 10 years, means it is kind of a no brainer,” says Mr Featherstone.

There are also interrow hoes that can be designed for all crops, including cereals. The company holds the import right for the full Italian-built Celli range, which includes a monster 9m power harrow, and he is currently teaming up with dealers across the UK