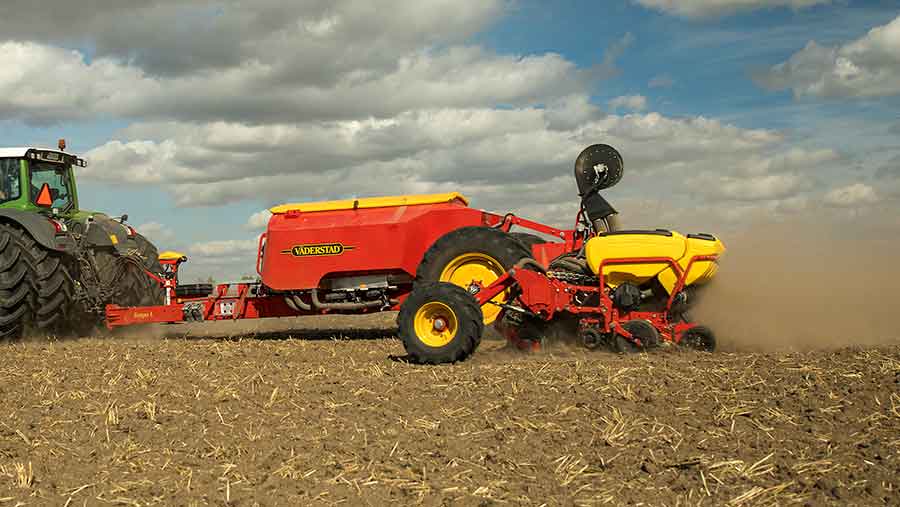 A new model in the Tempo range of drills will be launched by Vaderstad, which is capable of adjusting row widths for drilling maize and oilseed rape from the same machine.

Available in June next year, the Tempo L is an 18-row planter with spacings of 500mm or 508mm, which is ideal for oilseed rape and sugar beet.

There’s also the option to drill maize and sunflowers at wider spacings by reducing the planter down to 12 rows, with gaps of 700-800mm. 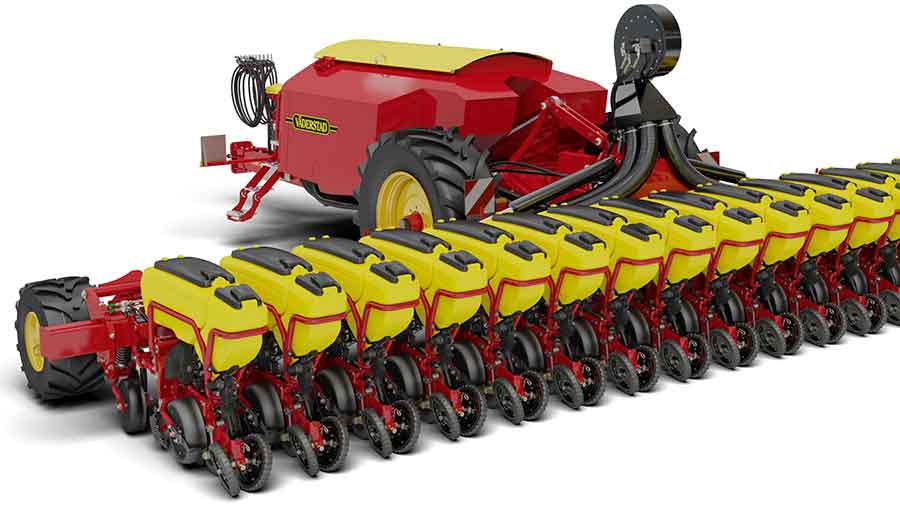 The Swedish maker has also revealed a new cultivating point – the Breakmix – which is aimed at busting compaction to a depth of 30cm in heavier dirt, while still providing decent soil mixing on top.

Resembling the beak of a bird, it can be used for primary and secondary cultivation techniques on the full range of Vaderstad tine machines, with the new point having been treated to the tungsten dip tank.