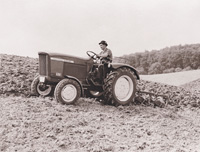 John Deere is celebrating 50 years of tractor manufacturing at its Mannheim factory in Germany this month.

The first models made were the John Deere Lanz 28hp 300 and 36hp 500 tractor models, which ended the era of the technically outdated Lanz Bulldog.

Since April 1960, the factory has assembled over 1.3m machines, including several thousand wheeled and crawler loaders up to 1983.

However thanks to the opening up of central and eastern European markets, and increased demand worldwide, Mannheim’s production has recovered in recent years to reach an all-time high of 45,700 tractors in 2008.

The factory now makes 29 basic models from 70hp to more than 200hp. These tractors are marketed in more than 80 countries worldwide, with approximately 50% of production going to Western European markets.

The Mannheim factory has been Germany’s largest manufacturer and exporter of agricultural tractors since 1972, and represents John Deere’s largest asset outside North America.

Deere’s market share in Western Europe has grown 10-fold since 1960 to reach almost 19% with market leading positions in Germany, UK, France, Spain and 10 other European countries.

One of the main contributors to the success of Mannheim tractors, says the company, has been the modular steel frame design introduced on the 6000 Series models in 1992. This enabled customers to ‘custom design’ their tractors, and provided a new level of flexibility in the manufacturing process. 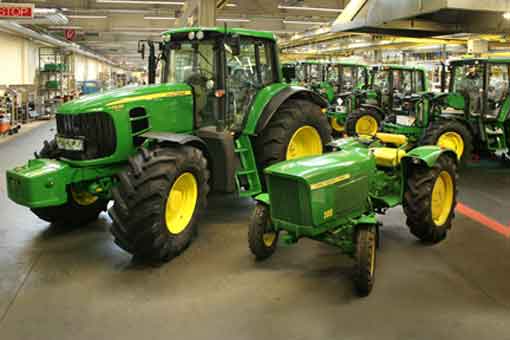