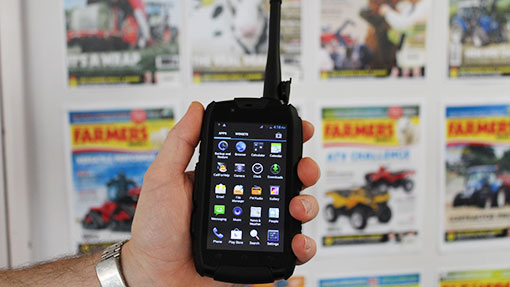 The latest rugged smartphone to hit the market is called the Defender. But is it as tough as the vehicle of the same name? David Cousins finds out.

There’s one thing we need to establish at the outset: this phone isn’t related to the Land Rover of the same name or the rugged phones that Land Rover puts its name on.

However, in every other way the name is a pretty good one. This is one tough and rubbery contender, with a thick layer of grippy ribbed material around the sides and back of the unit. The bungs that stop water getting into the headphone and charger sockets (which can sometimes look a bit weedy) look toughly made and unlikely to allow any water to get through.

No surprise then that it bears the IP68 standard for resistance to both dust and water. In fact it’s happy to sit in 1m of water (though, like all phones it can’t get a signal in that situation) and is rated to be dropped on to concrete from 1m. You could probably drop it from 2m or 3m quite happily, but the manufacturer understandably won’t guarantee that.

Open the back (a coin will undo the two screwheads) and you’ll notice the huge battery. This 2,600mAh whopper is rather bigger then than the 1,500mAh you’ll find in most regular smartphones and it does mean you should get a decent interval between charges. It can also run two SIM cards, which is great if you’re in an area with dodgy reception, though this does wear out the battery more quickly.

The operating system is standard Android 4.2.2 fare, so anyone with a non-Apple phone will find it pretty familiar to use. The usual goodies are there, too: music player, decent-quality 8MP front and rear cameras and video camera.

One unusual trick the Defender has up its chunky sleeve is the ability to communicate with regular PMR446 walkie-talkies. So rather than carrying both items around in your pockets, you can use one piece of equipment for both.

Range is the usual 1km (all non-licensed UK walkie talkies are limited to 0.1kW of output), which is fine for communicating around the farm and buildings.

One drawback is that you have to screw in the 10cm-long aerial before using the walkie-talkie, which makes the whole apparatus quite a substantial piece of kit. So it’s strictly for those capacious pockets.

Cost is £349 + VAT from Daventry firm The Phone Trader. If you are already on a £25/month or more plan, you may be able to get it as a free upgrade.