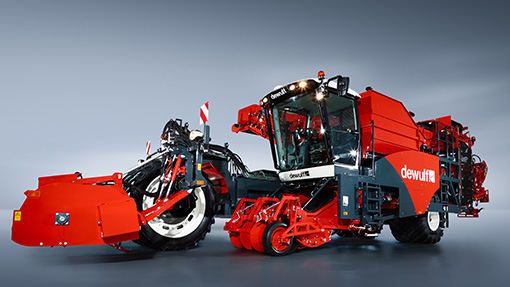 Dewulf’s R3060 is the fifth generation of its unusual-looking three-wheeled, self-propelled, two-row potato harvester for next season.

The new model can be fully customised, says the company,  drop heights have been minimised and four different cleaning modules are available. Rubber flights in the bunker minimise bruising.

In the cab five presettable programmes allow the driver to respond to changing conditions immediately. Six cameras and two 10in screens let the driver keep an eye on crop flow while a new 350hp Scania engine meets the stage IV final emission standards.

Despite the fact that the engine has 20 more horsepower than the previous model, Dewulf says it has reduced fuel consumption by 10%.