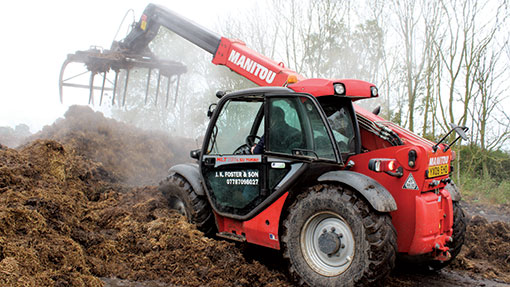 Considering buying a used sub-£30,000 telehandler? James Andrews visits a seasoned punter to see if Manitou should make your shortlist.

If you are shopping around for a used, mid-sized telehandler then there’s a good bet one of Manitou’s MLT 7 models will pop up on your radar.

Several versions have been churned out over the years, but if you’re looking at one from about 2003 to 2011 you will have the pick of three. The MLT 731 was the smallest and could lift about 3t, the 735 could get around 3.5t off the ground, and the range-topping 741 just over 4t. All had a boom with 7m reach.

Trawling though the classifieds pulls up a few decent-looking models for less than £30,000. But are they any good and what should you look out for?

To find out we visited Yorkshire farmer Dom Foster, who’s on his sixth Manitou – an MLT 731. He uses his machine for various duties from feeding and mucking out 6,000 B&B pigs to stacking 3,000 round bales a year.

Mr Foster’s current 2009 MLT 731 replaced a 2004 machine that had a couple of mechanical niggles.

This was one of the first to have hydraulic locking pins in the carriage, and these had a habit of breaking off. It also snapped the shaft between the engine and the torque converter “for fun”, he says.

After clocking more than 5,500 hours, it was replaced by the current 731. This was the first handler he had ever bought second-hand, but had only done 450 hours in two years.

It came with a four-speed manual gearbox, uprated 125hp Perkins four-cylinder engine as well as air-conditioning. So far the 2009 model has clocked up just over 4,000 hours and has had none of the mechanical misdemeanours of the old one.

The only real niggle has been a blown fuse on the lighting circuit caused by water ingress into one of the headlight connector plugs.

The 2009 model has also had a couple of welcome design tweaks over the 2004 one, says Mr Foster.

First, a hood over the radiator grille has been added to stop it clogging with straw. “The old one did have a reversing fan to clear it, but it just blew the straw in the air and it usually landed straight back on it.” 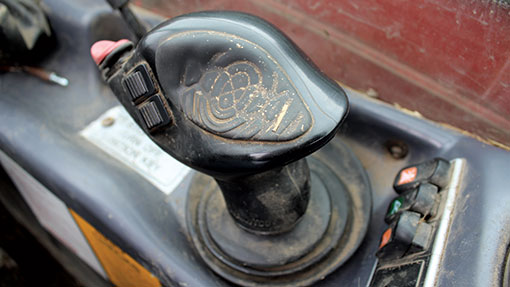 It has also got the newer JSM joystick with forward/reverse shuttle, boom extension and third service incorporated into it.

Having the uprated 125hp engine means the MLT has got plenty of grunt for mucking out and pushing up. The four-speed manual box has also been pretty dependable, but it is missing a transmission dump pedal, he says.

That means the only option for getting extra hydraulic oomph is to knock it into neutral and stand on the throttle.

Mr Foster says the cab is one of the best on the market for driving position and comfort. 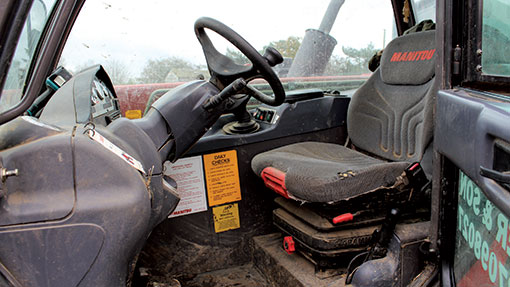 But the air-con switch sits right behind the armrest so you’re constantly switching it on and off, he says. The wheel mode selector is a bit old-school, too, and doesn’t have a function for centering the wheels.

All in all, the MLT is a solid machine and this latest model has been pretty much bombproof. Our 2004 model did have a couple of mechanical problems, though. So if you’re looking to buy one it’s worth asking about the shaft between the engine and the torque converter.

Also, it lacks a couple of the features found on the newest models, but at the same time it’s old enough not to have the irritating lock-out safety feature on the hydraulics.