The nine winners of the 2009 farm inventions competition were featured in the 31 July issue. Here are a selection of the commended entries 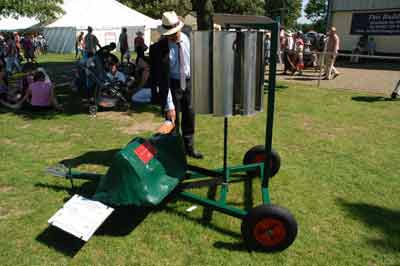 Wymondham, Norfolk farmworker and gamekeeper Charles Grewcock’s RotaBanger wind-powered rotating gas gun platform was designed to overcome the limitations of the conventional crop-scarer that only fires in one direction. It is driven by a drive belt from the drive shaft of the vertical wind turbine. The wind cause the turbine to rotate which in turn changes the direction of the platform thus causing the gas banger to point in different directions. 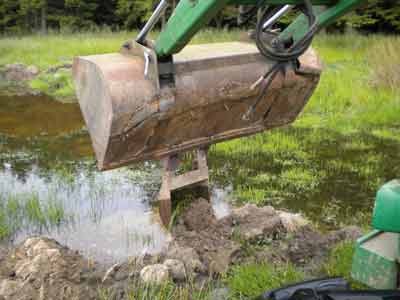 This home-made trench bucket from Darren Remnant from Morpeth, Northumberland, bolts to the bucket on his tractor. He uses it to dig trenches for water pipes and drainage and says it saves him a small fortune hiring in a mini digger or buying an excavator for the back of the tractor. 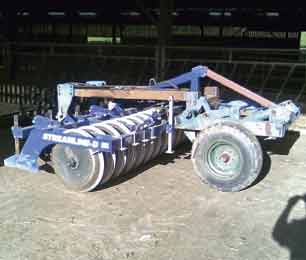 Gary Sands from Dunbar, East Lothian, designed this carriage that allows a front press to be pulled behind a tractor or cultivator. It takes about half an hour to put the front press into the carrier, with one pin to line up. The drawbar has one hydraulic ram to set the level of the press and to jack it up onto its rear wheels at the end of the field. The axle on the back of the carrier has a hydraulic ram to give it extra lift for transporting and fold it for transport. 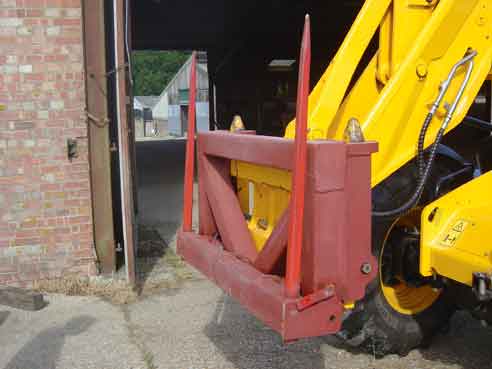 Folding bale spike from Harvey Sheffield, Heathfield, East Sussex, works by manually removing two pins to fold or unfold the spike. This means it can be folded up vertically for road use and the boom of the telehandler kept low. This gives better visibility than travelling with the boom in the air with the bale spike tilted back, which obstructs vision and mirrors and raises the centre of gravity. 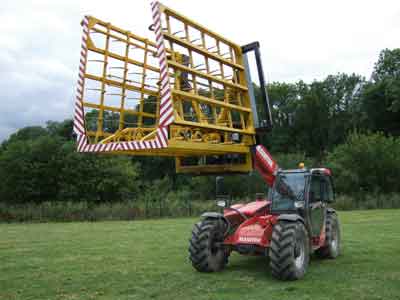 Henry Bodman from Devizes, Wiltshire, built this six big bale grab. It folds up hydraulically to enable it to travel safely on roads on the front of a telehandler. The third hydraulic service is used to fold it down and a lever locks off the rams once folded. 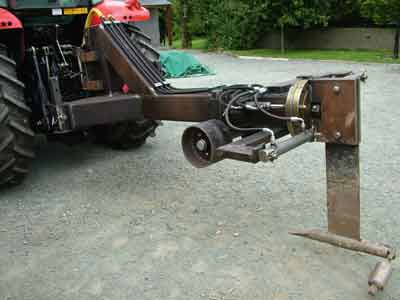 Paul Evans, from Haverfordwest in Pembrokeshire, designed the Rotomoler plough to reach into open ditches to mole plough wet fields without having to take down perfectly good stock fences to get the mole plough into the ditch to start the run. It has a hydraulically swivelling leg which, when folded, allows the machine to fit under the lower run of a barbed wire fence reaching back into the ditch. The leg then hydraulically lowers to its working position and is locked in place by two hydraulically operated pins. The machine is then towed along following the ground contours via the twin wheels. At the front is a spring loaded adjustable disc to cut the turf for the moler blade so a clean cut is made. 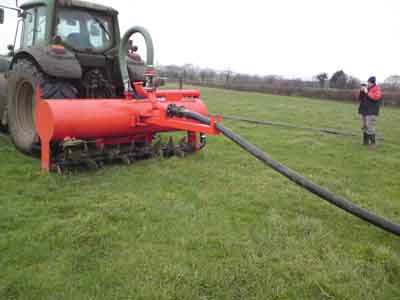 This spiked slurry injector from Philip Blake, Tiverton, Devon, consists of two pipes, one placed within the other. The inner pipe is fixed and has a slot machined along its length and a Bauer coupling fixed on one end. The outer tube has tines fixed with outlets alongside and rotates around the circumference of the inner tube. Slurry is then pumped in to the rotor and deposited through the outlets into the ground as the tines penetrate the soil. There are no hydraulic components or bearings in the machine and all components are lubricated by the slurry passing through. 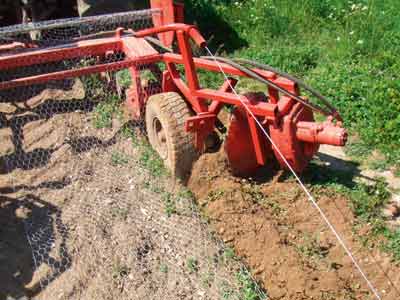 Putting in rabbit fencing is a slow job, so Richard Ledger from Deal, Kent, mechanised the job. A linkage-mounted framework carries two rolls of netting, one to unwind as the tractor moves forwards plus a spare roll. On one side of the frame is a disc from a disused Kverneland plough which slits the soil surface ahead of a mouldboard from the same source.

This opens a furrow and as the netting unwinds with the bottom section in the 125mm deep furrow, it is buried by using a scalloped disc from a derelict disc harrow, with an elderly hydraulic motor turning the disc to move soil back into the furrow.

Also on the frame is a reel-releasing plain straining wire to support the netting. The machine leaves the straining wire and partly buried netting ready for a follow-up team to position support posts, knock them in with a post bumper and staple the netting and support wire to the posts.

Mobile cattle crush has its own engine 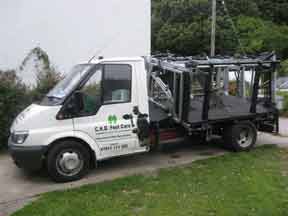 Charlie Davey and Shane Francis built this mobile cattle crush fitted to a Ford Transit for CHD Cattle Foot Care. It has its own 10hp engine to drive an independent hydraulic system.

Windscreen washer bottle gets second use 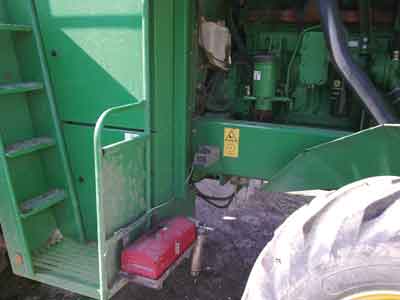 A windscreen washer bottle off an old scrap car makes an ideal hand washer which can easily be fitted to a number of machines, points out Stephen Evans. All the original pipework and pump can be used and it’s great for when you have had those field repair jobs, or just greasing the machine up. The one in the picture is fitted to a self-propelled forager, the water is warmed from the engine (but do not put too close, otherwise the water can get too hot) and the only cost was a £1.99 on/off switch, and about an hour to put together.