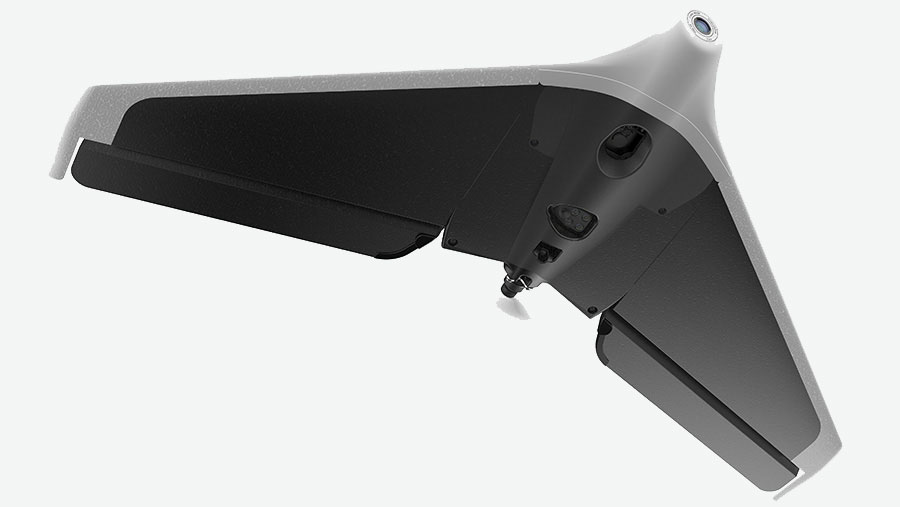 The drone has the capability to cover 80ha in around 30 minutes.

Parrot is already a key player selling its popular Bebop and Disco models to the public.

However, the French company is expanding its offering having acquired interests in a number of related-technology companies, including fixed-wing unmanned aerial vehicle (UAV) maker Airinov and software specialists MicaSense, Pix4D and senseFly.

It is now combining products from these companies to create a crop-scouting package based on the Parrot Disco “flying wing”, customised for professional use. 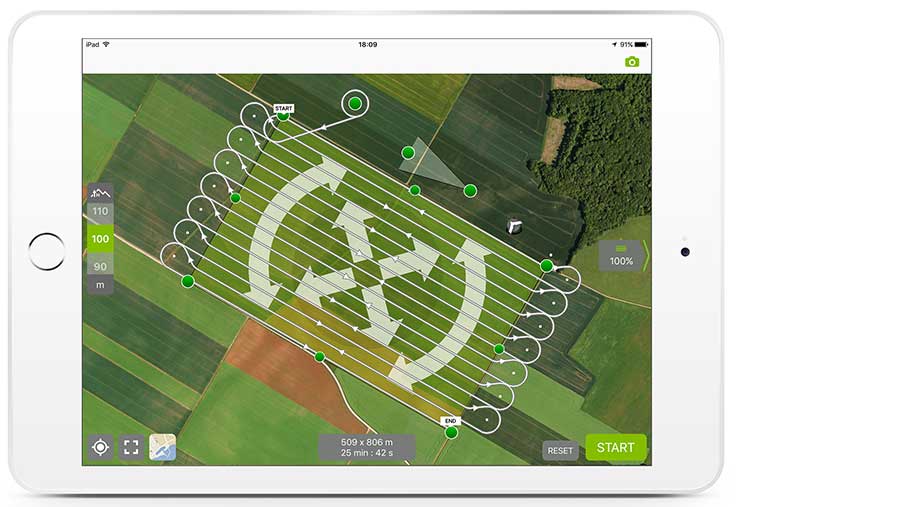 A reinforced fuselage enables the pusher propeller, fixed-wing Disco-Pro AG drone to accommodate the Sequoia sensor, which captures images of crops at 14.3cm per pixel resolution in both visible and invisible spectra, including near infrared.

There is also a 16-megapixel camera and a luminosity or “sunshine” sensor that records light conditions to automatically calibrate collected data, which is stored on a 64-gigabyte memory chip.

Users can fly the drone on a pre-planned scouting route covering up to 80ha (200 acres) in around 30 minutes, or under manual control using Skyscanner2 wi-fi remote control with a 2km range.

Automatic anti-stall is included in the drone’s on-board control system, which is activated when the craft is thrown into the air, and a 14-megapixel nose camera can be used to capture video footage.