Some of the most successful machines start as do-it-yourself projects in farm workshops, and the Inventive Farmer Competition at the Suffolk Show provides an annual shop window for some of the latest ideas.

Recycling bits and pieces from old, disused machinery to make something useful can be a recipe for success in the competition, and this was the approach used by Andrew Fane for his winning entry in the section for modifications to existing machines.

Instead of buying a new trailer, he decided to build one as a winter project. 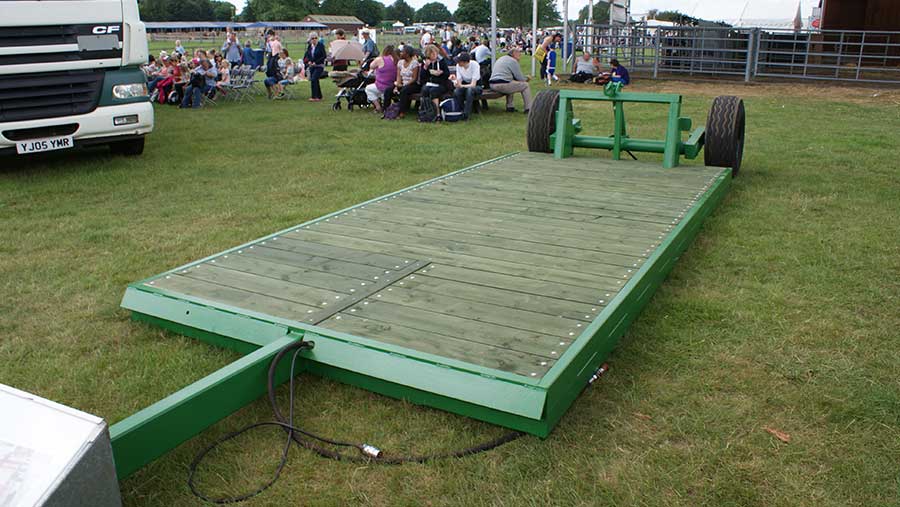 Some of the components were new, including the timber for the floor of the trailer, but the biggest item was the rectangular main frame that was removed from a derelict Tasker Tillage Train – a heavy duty combination cultivator popular in the 1980s.

Mr Fane won the same award two years ago with a water bowser, which is also used for jetting field drains and was built using a 30-year-old trailer and a redundant 4,000-litre diesel tank.

Chris Templeman from Red House Farm at Witnesham, Ipswich, took second place in the modification category with his replacement coulters.

Unable to buy new tungsten carbide tipped coulters or find any that would fit for his 1980s Bamlett CD series direct drill, his options were to buy another drill or try designing and making his own.

After two seasons with the home-made tips, which cost about £20 each to make, he is delighted with the results.

Chris Keeble from Creeting St Mary, Ipswich, won third place with the towbar and winch combination he made to use on a 4×4 or tractor.

The winch has 1t pulling capacity and is powered by extension leads from the vehicle’s 12V battery.

It is used to clear cut and fallen timber from a small area of ancient woodland that does not have vehicle access. 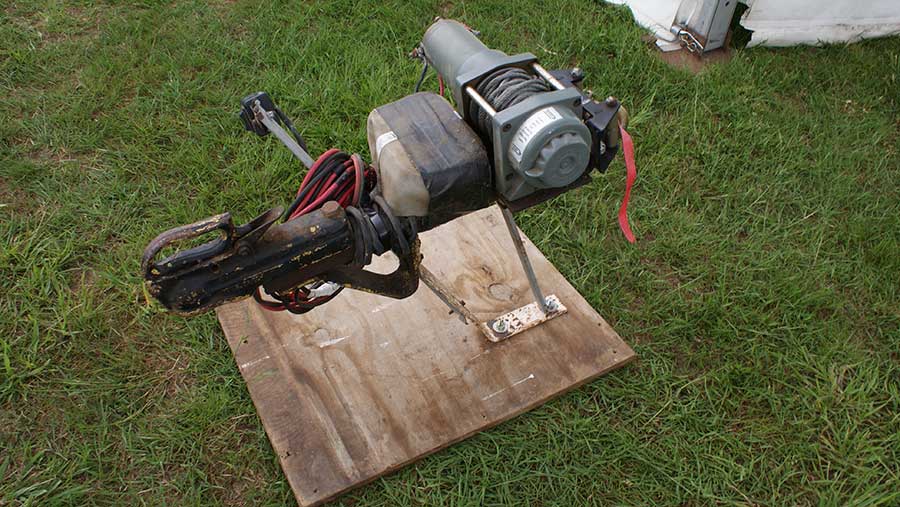 Equipment for dealing with timber was a popular choice for the judges, and the winning entry in the new equipment class was a heavy-duty log splitter operated by a hydraulic ram.

It is built on a massive H-section steel girder and the 0.3m-long blade is capable of splitting hardwood up to about 0.6m diameter.

Mike Beckett of Great Blakenham, Ipswich, designed and built the log splitter, which is powered by his 1959 Fordson Dexta tractor.

Timber equipment also earned an award in the gadget section.

Andrew Gaught at Manor Farm, Ashbocking, Ipswich, designed a sawing horse that can be mounted on top of a grain or root crop loading bucket, an arrangement that means the sawn logs fall straight into the bucket to avoid double handling.

The position of the sawing unit is easily moved lengthwise or laterally so that the logs fill the bucket evenly, and the release of two clamps allows the complete unit to be removed when the bucket is ready for emptying.

The sawing horse can also be used conventionally, attached to a stand on the ground. 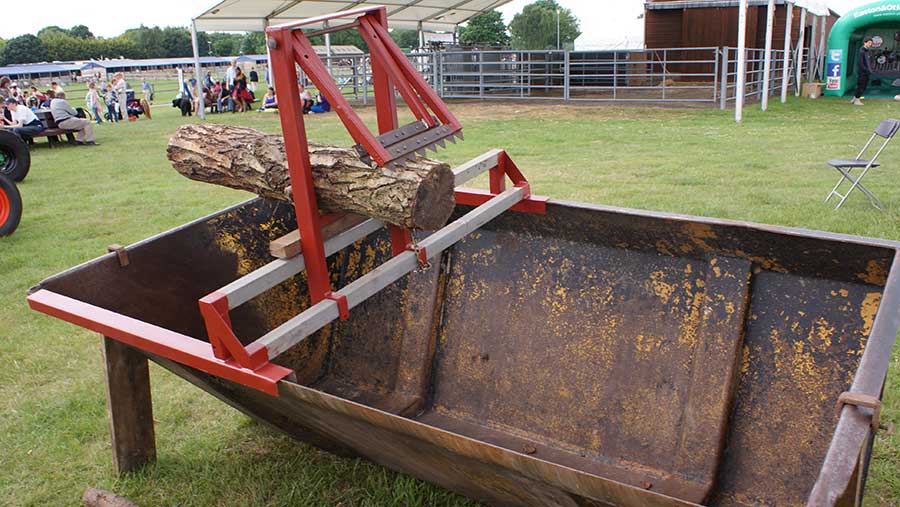