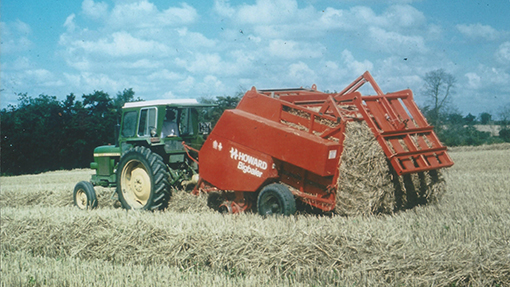 Some of the most successful machinery and tractor developments were invented on the farm. But getting a patent to protect your clever idea has its complications, explains Mike Williams.

Visit the inventions competition at any of the summer shows and you’ll see that innovation on the farm is alive and well. However the financial rewards for those who patent new ideas and develop them commercially vary enormously.

Only a tiny number of farm equipment ideas make their inventors seriously wealthy.

Harry Ferguson is the example many inventors would like to follow. His three-point linkage established a business with output peaking at 100,000 Ferguson tractors a year and profits to match.

Earnings for most farm equipment inventors are much more modest, and this includes the farmer in Gloucestershire who invented the world’s first big square baler.

It offered a huge advance in handling efficiency, but sales of the Bigbaler production version from Howard Rotavator were disappointing, mainly due to knotting problems.

8 Top tips on how to get your patent sorted

1 The Intellectual Property Office (IPO), previously known as the Patent Office, is the place to start. Its website offers guidelines for anyone planning to deal with their own patent application.

2 Details of your invention must not be disclosed to anyone until after the patent application has been submitted. Otherwise you may not get the patent at all.

3 There is an exceptions to this rule and this is when the disclosure is to someone who signs a confidentiality agreement. Or to a lawyer or a patent attorney who is professionally required to treat the information confidentially.

The IPO guarantees to send a receipt with an official application number within three days, and when this arrives the enforced confidentiality period comes to an end.

5 A patent can be a valuable business asset and choosing who should handle the application is an important decision, points according to Jerry Bridge-Butler, a chartered patent attorney with Baron, Warren & Redfern of Hammersmith, London.

6 He has experience of dealing with agricultural machinery patents, but his advice is to choose a chartered attorney who is reasonably local and is someone you are happy to work with.

“You should look on a patent as a piece of law that is drawn up just for you, and the cover it provides should be as broad as possible to provide maximum protection.

This is very important and it is just part of the service provided by a patent attorney,” says Mr Bridge-Butler. “A patent attorney will be acting in the client’s business interests, but if you put the application through the IPO they will produce a much narrower level of protection.”

7 Applying for a patent can be expensive and the cost continues as long as the patent is in force. But Mr Bridge-Butler points out that it doesn’t have to be a long-term commitment as you can stop paying at any time and let the patent lapse.

Extending the geographical cover is also expensive. Patent cover for the UK plus major European markets, the United States and China could add up to £10,000/year or more.

When Cheshire dairy farmer Michael Hughes needed a better method of spreading straw for his dairy herd he decided to design his own machine and the result was the Spread-A-Bale.

It was patented in 1996 with production starting in 2001, and it has been so successful that Mr Hughes has switched from farming to running his own machinery business. “I was advised to take out a patent and I used the services of a patent attorney,” he explained. 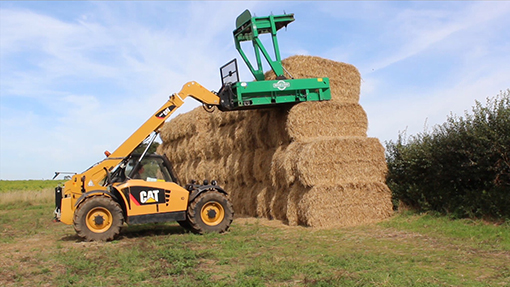 “He was not a specialist in farming or in engineering, but he was efficient and professional and I was pleased with the result. You don’t necessarily have to take out a patent to develop an idea commercially, but it does give protection against having your ideas copied, and I have definitely benefitted from the Spread-A-Bale patents.

“I have already taken action successfully against one company that infringed my patent, and we are currently dealing with two cases in Germany.”

Another option is to manage without an attorney and deal with the application yourself. This is a less expensive option, says Mr Hughes, but the service from the attorney is more individual. Whichever route you choose, don’t expect a quick result, he says.

Getting a patent is a slow process and it took six years to get the Spread-A-Bale patented and on to the market. It is also essential, he warns, to maintain full confidentiality about the idea until the patent application is registered, and he insisted on a confidentiality agreement before disclosing details.

Although the patenting process was slow, time-consuming and expensive, Mr Hughes has no doubt it was worthwhile. Spread-A-Bale is firmly established in the UK and a number of overseas markets, and he has recently returned from the United States where he was preparing for its American introduction.

“I am glad I went down the patent protection route, because I believe there is still plenty of scope for further sales expansion. The original patents were due to expire after 20 years in 2016, but because of design improvements we have taken out new worldwide patent applications to deter copying.

“It reached the stage where Spread-A-Bale was taking more and more time and I had to choose between the farm and the machine – so I chose the machine. If you have an idea for something new and you really believe there is a market for it, my advice is have a go.”