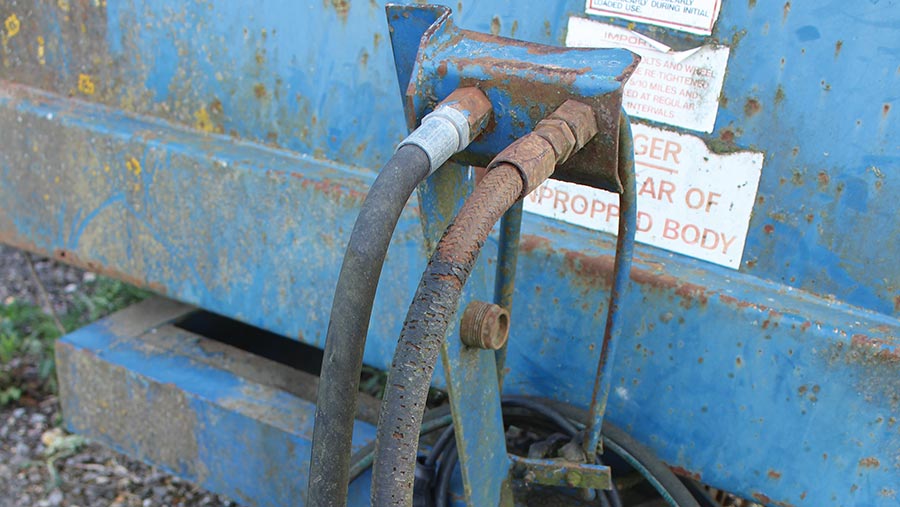 Farmers have been warned about the dangers of cutting costs by re-ending blown hydraulic hoses themselves.

Pinhole leaks in pipework can eject fluid at speeds in excess of 180m/sec, which is enough to do serious harm to anyone in the firing line.

See also: John Deere tractors: Common problems and how to fix them

“It’s quite normal for fluid to be under 2,000psi pressure in a hydraulic hose on a farm implement, and it can be as much as 6,000psi. Oil under this much pressure will go straight through protective clothing, pierce the skin and can lead to severe, life-changing injuries,” says Nigel Thomason, chairman of the British Fluid Power Association (BFPA).

Hose re-ending can fundamentally change the structural make-up of the hose, increasing the likelihood of damage and deterioration, so he says that ruptured pipework must always be completely replaced, rather than recycled.