Makita has added a wide selection of new kit to its battery-powered ground care product range as it encourages users to make the switch from petrol engines to eco electric machines.

Alongside its hand tool range, which extends from cordless drills to chop saws and even a coffee maker, the firm plans to add a two-speed, 18V grease gun to the catalogue of 70-odd battery-powered outdoor products. 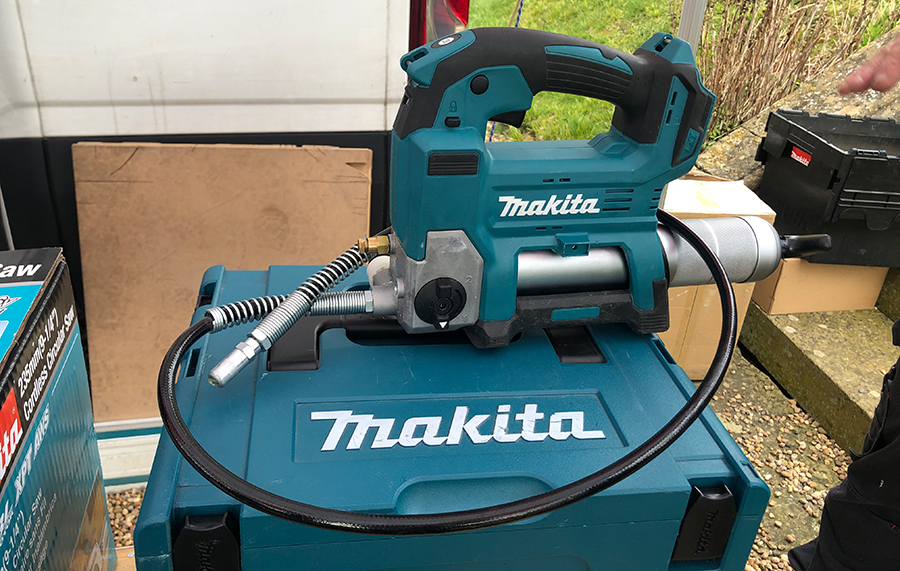 Much of the big kit now runs on a pair of 18V batteries to provide power outputs that compete with petrol equivalents.

The lithium-ion 18V LXT batteries run everything from sanders to strimmers, so if you already have a decent stock of batteries and chargers then buying bare tools offers a significant cost saving. 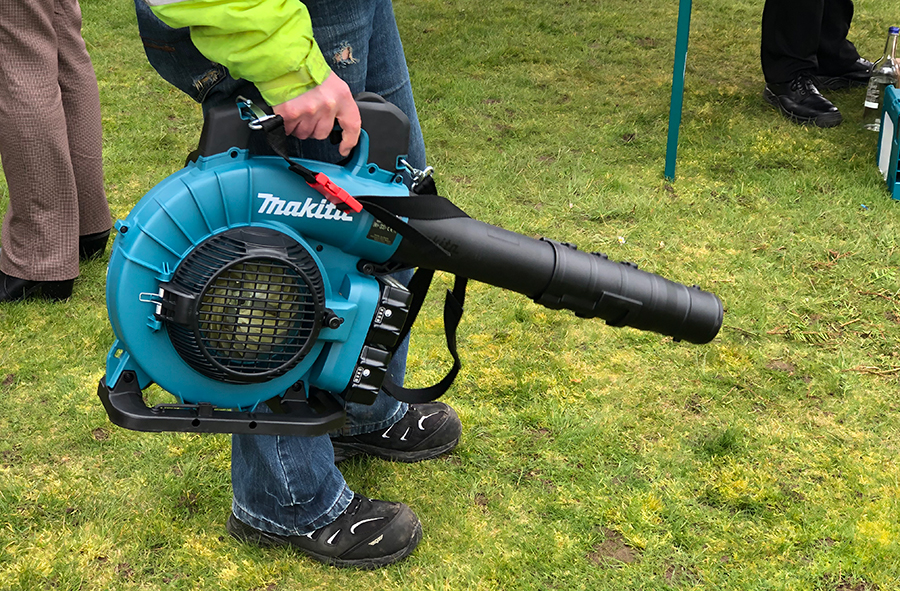 Most big arable farms will have ditched the humble brush in favour or a leaf blower to speed up clearing grain stores and Makita’s new DUB363 blower runs from two of its 18V batteries, giving it 36V of power.

Cleverly, this machine can be switched from blowing to hoovering with the fan acting as an impeller to mulch twigs and leaves as they enter the bag.

In blowing mode, the run time is nine to 30min depending on the battery size used and there is a constant trigger speed mode, which helps to relieve pressure on the operator’s finger.

Air flows at 65m/sec but, surprisingly, noise levels are a similar level to petrol machines at just shy of 95dBa. Cost for the body alone is £530, whereas buying two 6Ah batteries and a charger bumps the cost up to £1,130. 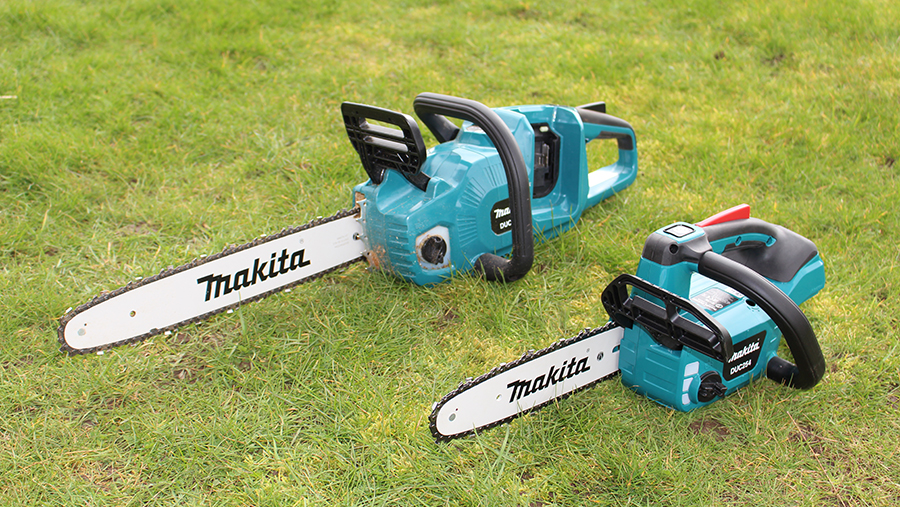 Using the twin 18V battery setup, the brushless motors can offer chain speed of 20m/sec from the 250mm bar, which the company says is equivalent to a 35cc petrol saw.

There is also a clever torque boost mode that, when engaged, offers an extra 1.5hp to cut through harder woods.

This lasts for 30secs before it reverts back to standard power, and it’s only possible to activate the boost function five times before it is restricted to protect the motors.

Other features include an electric chain brake, auto power on/off and a battery life indicator for each unit.

For those users that require a little more grunt, the DUC405 has a 400mm long bar and runs from two 18V batteries. This model is aimed at professional users, and features captive nuts to prevent them being dropped when removing the sprocket cover 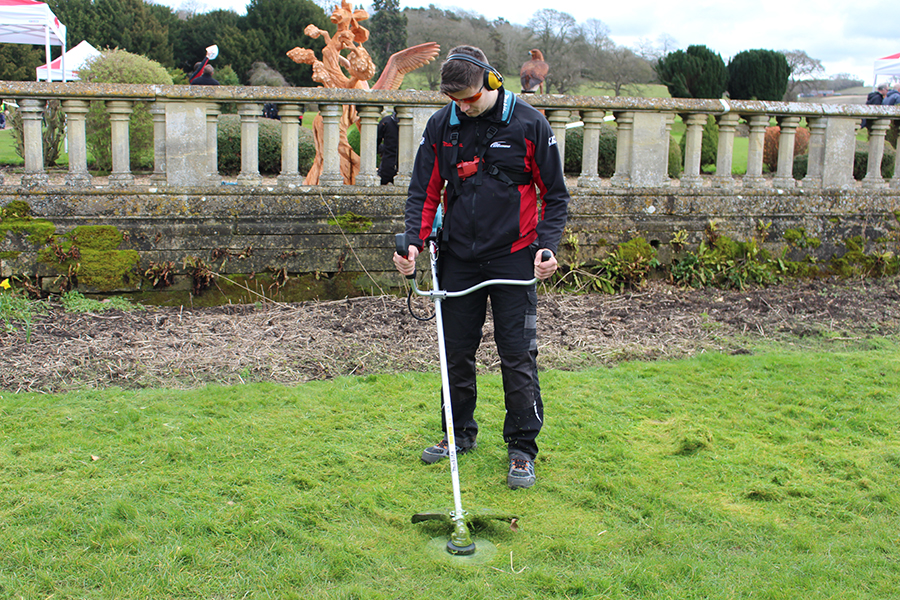 The lower vibration and noise produced by an electric brushcutter means these machines are a common sight among professional operators.

The brushless motor for the DUR369 strimmer is now in the head to help balance the machine, given the lack of an engine. The new model has three speed settings along with a three-second reverse to help operators who get in a tangle.

This is the largest brushcutter in the electric range, exerting 1kW of power, equivalent to a 35cc petrol machine. Makita’s Active Drive Technology senses when the force on the head increases, and speeds up the revolutions to deal with tough grass.

Compared with a similarly powered Makita petrol brushcutter at 7.1kg, the electric model weighs just 5.9kg, while noise is drastically reduced from 106.7dBa to just 93.8dBa.

Prices for the twin-handled brushcutter start at £590 for the body only and go to £1,190 when ordered with two batteries and a charger. 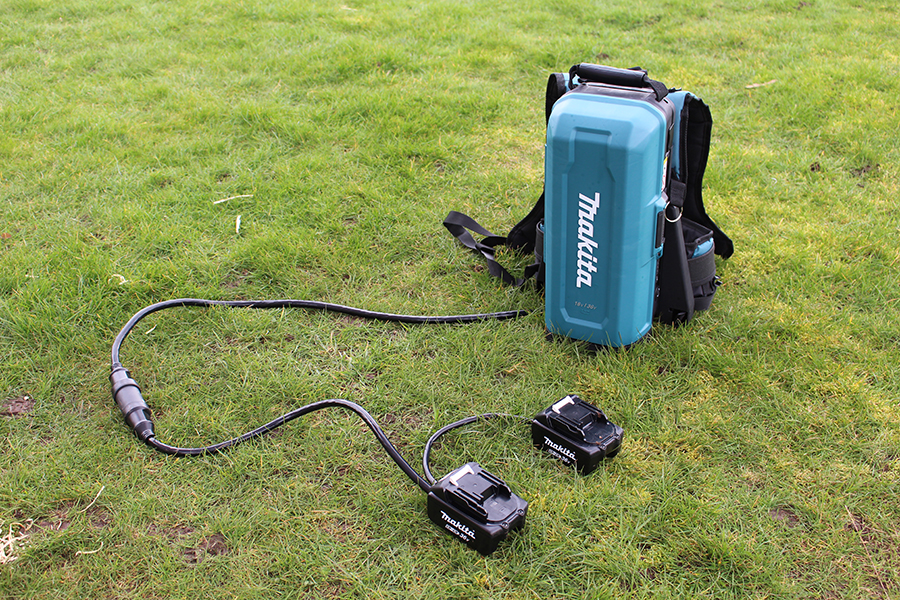 There is also a clever battery backpack that can hold four of the 18v batteries and increase performance of tools.

Unlike some other packs that have built-in batteries, being able to remove dead cells and insert fully charged ones means there is no need to return to base to refuel.

It can fit both single and dual battery tools with run times extended significantly. For instance, Makita’s brushcutter goes from a standard output of 67mins up to 134mins when powered by the backpack.