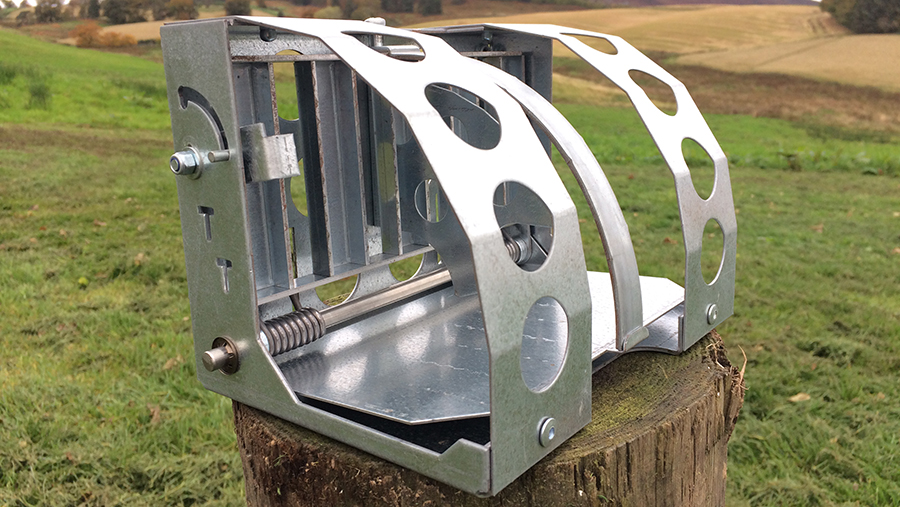 A Perthshire gamekeeper has developed a new run-through stoat trap that conforms to the Agreement on International Humane Trapping Standards (AIHTS) that are due to come into play from 1 January 2019.

That means Darryl Elliot’s device can be used to replace current stoat traps that do not meet the standards laid out by a branch of Defra – the Animal and Plant Health Agency – and it will be included in the Spring Traps Approval Order that is due to be announced later this year.

The Tully Trap will be legal to use once it has been included in the order, while many systems currently used for trapping stoats will be banned once the AIHTS is implemented.

See also: A guide to kit for controlling rats, mice and squirrels

The galvanised trap is designed to be the same width and height as common small vermin traps, which means it can easily be swapped into existing locations and will fit into most Fenn mark 4 trap tunnels.

The central baffle means the stoat has to put its feet on the base plate and is always in the strike zone of the arms for the highest possible catch rate.