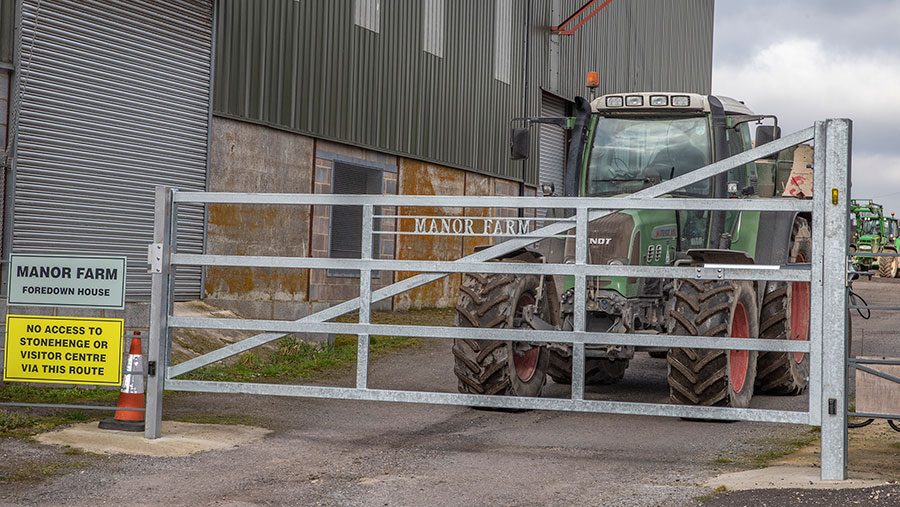 Oxfordshire-based Solar Gate Systems has expanded its range of single automatic farm gates with a new top-ranker that spans a huge 7m width.

Brushless motor technology has allowed the firm to push up the power from the 24V system used on its 5m gates to the 36V needed to run the wider 7m span.

This eliminates the need for mains power in remote locations, says the firm. They should also be much easier to operate than two smaller gates together, which require a central stop and aren’t as secure because they don’t latch to a solid post.

To avoid the gate thumping the post as it closes, the system runs through an encoder that allows SGS to slow it as it nears its end point.

A charge controller manages energy collected from the solar panels, which is stored in the associated battery packs. It can also dump energy to avoid overcharging and the low power requirement of the motors makes 1,000 openings a day possible.