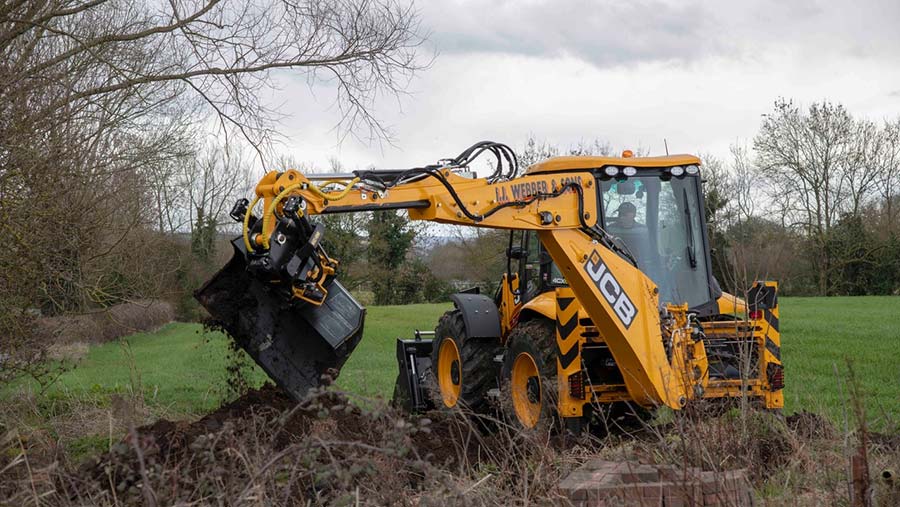 A Devon contractor has fitted his latest JCB 4CX backhoe digger with an Engcon Tiltrotator to make the rear attachment more versatile.

The work was carried out by Engcon UK for family-run IJ Webber and Sons, which already has another 4CX in the fleet with a tilting hitch to improve the range of jobs that can be carried out from one position. 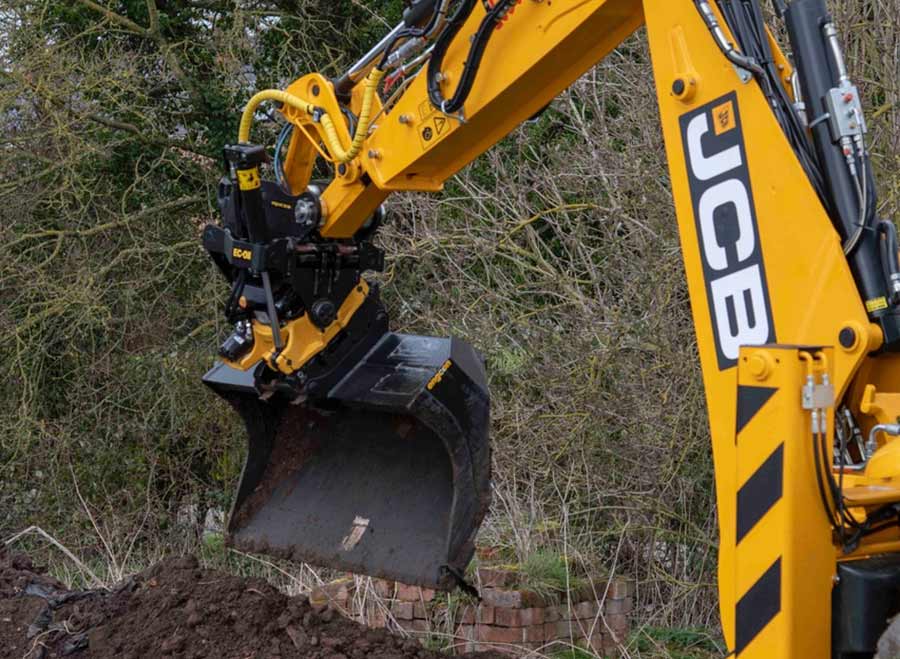 However, the new Tiltrotator has been wired up to perform a few more tasks, including using a breaker with Engcon’s DC2 controls, reverse joystick steering and a quick release gripper.

The team had to hack into the Canbus system of the 4CX so that the DC2 controls can operate the digger’s auto box from a forward-neutral-reverse switch, and so it could retain all the original functions. 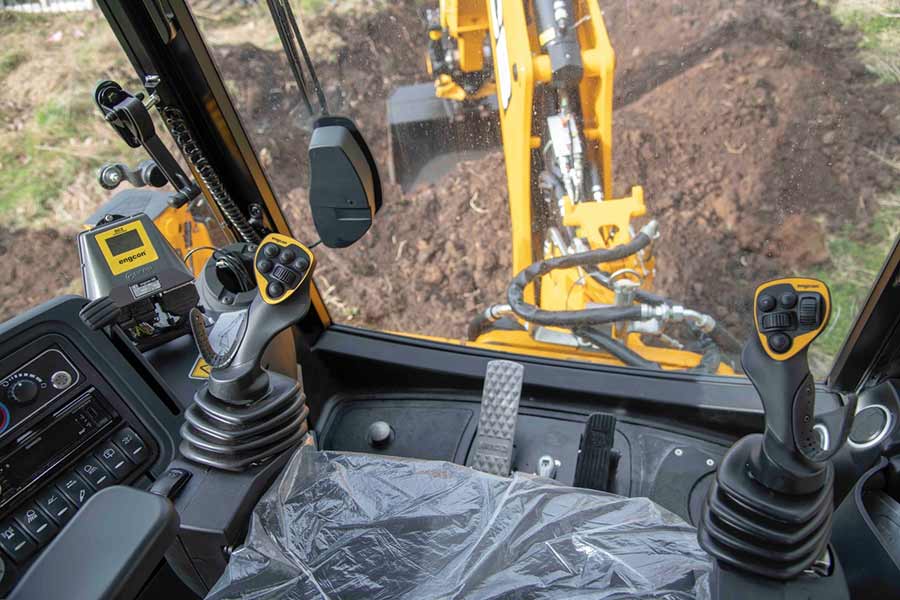 An additional accelerator and brake pedal were installed into the flat floor underneath the rear window to allow the operator to move the machine without having to swing the seat back around.

Engcon also installed a sensor to isolate the second set of pedals once the seat is facing forwards.