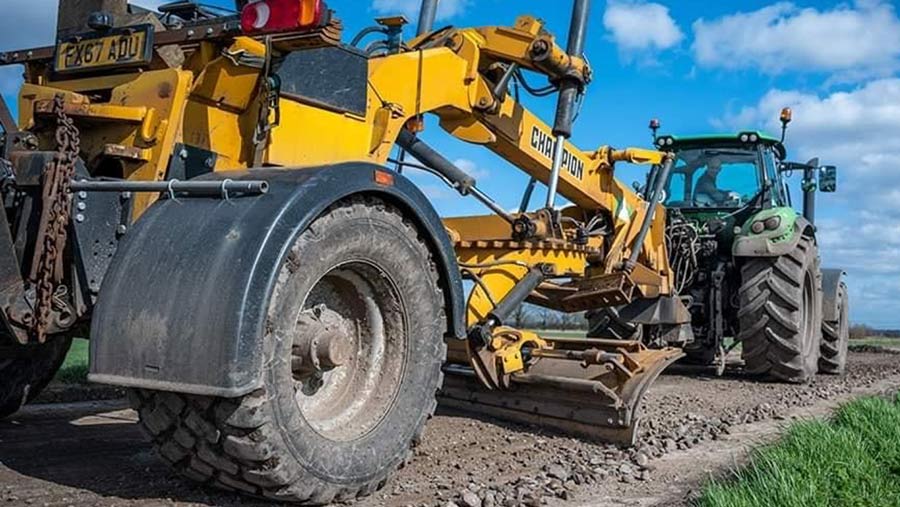 Farm track repair specialist Andrew Bradwell couldn’t find a trailed grader that was heavy or robust enough for the work he carries out, so he set about building one himself.

Rather than start from scratch, he decided to source an old self-propelled motor grader, remove the cab and engine and set it up to work behind a tractor.

The machine pictured is actually his second conversion, which has a larger 12ft blade that the original 10ft version he put together.

It took a while to source a suitable machine as there are very few in the UK and many are in very poor condition.

However, he eventually found this Champion model for sale with a breaker in Spain, who kept the engine and sent him the chassis, blade and hydraulic rams.

Once in his workshop near Doncaster, he grafted an ADR commercial axle at the rear and fitted a three-point linkage so that he can carry additional weights or another implement.

Above this – where the cab would have originally been – he installed a large toolbox that can also be used for adding additional ballast.

At the front end, he fitted a drawbar and setup the hydraulics so that they would run off the tractor and be operated from toggle switches in the cab. 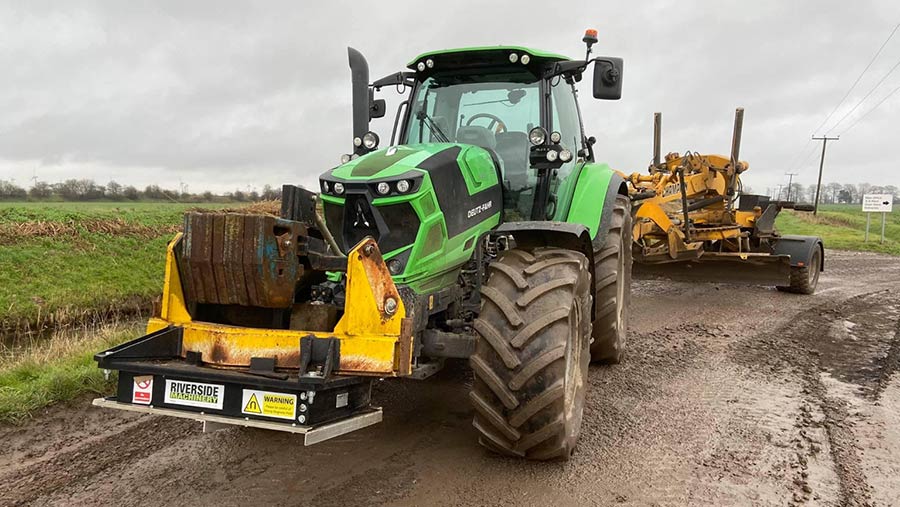 To do this, he used a bank of nine electro-hydraulic valves running off his Deutz 6185 TTV’s load-sensing hydraulic circuit and wired them into a control. All in, the build cost ran to about £22,000.

The final part of his rig is a powerful magnet mounted on the front of the tractor, which picks up puncture-causing metal objects from the surface.

This is so powerful that it once pulled a large manhole cover up in his yard after he drove out of the shed with the linkage too low.

Following the success of his modified graders, he’s building a third model based on a Volvo grader, which will also be used for his own business, Tuff Tracks.

He has been approached to build examples for other people, which he is willing to do if he can find suitable donor vehicles.