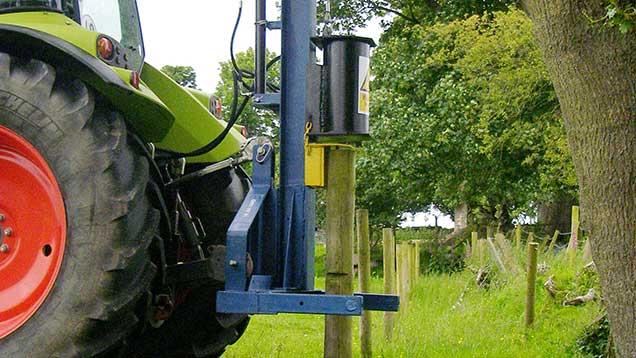 A farmer’s son from Newry, Northern Ireland, is hoping a manufacturer will take on his cleverly designed combined Agrihammer wood splitter and post knocker.

Colum McNally, 18, designed and built the hydraulically operated unit on the family farm. What differentiates it from other machines on the market is that instead of letting the weight drop unhindered, it is allowed to fall under a controlled free-fall system.

So there is no danger of it moving sideways and causing danger.

The machine can only be operated from behind the safety cage; in fact, Mr McNally reckons it is virtually impossible to injure yourself with the Agrihammer.

It also won him the accolade of UK Young Engineer of the Year at the Young Scientist and Engineers Fair in Birmingham earlier this year. He has now protected the design and is looking for machinery manufacturers to take it on.