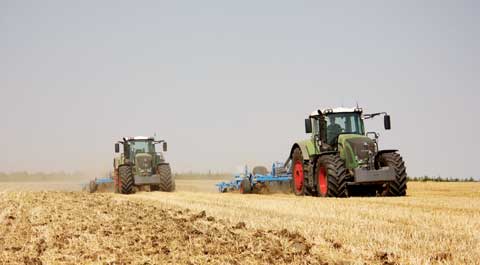 Several manufacturers are experimenting with driverless tractor technology, but it looks like Fendt will be the first to launch a viable system.

Guideconnect allows one tractor to mirror the exact movements of another. That means there is no need to have a driver in the second machine.

At an event in Germany last week, Fendt demonstrated the system for the first time. And in a performance that could put a synchronised swimming team to shame, the two 939 Varios stayed hooked up, with the follower mirroring the lead tractor’s moves exactly.

Headland turns were particularly impressive, with the follower lifting and dropping the cultivator in the same position as the leader.

Guideconnect uses a combination of ultra-accurate RTK satellite guidance and a radio link to allow the tractors to talk to each other.

The first step is to link the machines together. The driver presses a couple of buttons on each of the in-cab terminals to establish who will be the leader and who will be the follower. He also sets the distance between them and the extent to which the trailing tractor will be offset.

He then hops back in the lead tractor, starts driving and – magically – the second tractor automatically starts to follow.

If he speeds up, the second tractor will copy him, if he turns, it will do the same turn, and if he brakes, it will come to a stop. The driver can also view the trailing tractor’s control panel on his own screen.

Headland turns are performed automatically, with the following machine lifting and dropping its implement at exactly the same point as the leader. The driver can also adjust the distance between the two machines.

Negotiating obstacles is relatively straightforward. If the lead tractor needs to swerve, the signal to steer the follower can briefly be decoupled, meaning it can still follow a straight path.

And if the follower needs to go around an obstruction, the driver can temporarily set it to follow the same path as his machine.

When moving between fields on private roads, the second tractor can be made to follow directly behind the lead machine. But when the outfit takes to public roads, a second human operator has to be drafted in.

Both tractors have to be identical and they have to be doing exactly the same job. Cultivation work is the most suitable task, says Fendt, as the driver can get away without having to constantly monitor what the second tractor’s implement is doing. 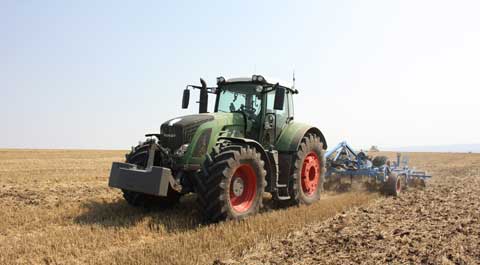 Clearly, safety has to be pretty good. No one wants a 400hp tractor charging around the fields without a driver. But Fendt says it has put measures in place to ensure all goes to plan.

For a start, the signal running between the machines is encrypted, so even if there is another Guideconnect system running nearby it won’t interfere.

The following tractor will also come to a speedy stop if the satellite signal is lost, the wireless signal is interrupted or the distance between the machines becomes too big or too small. 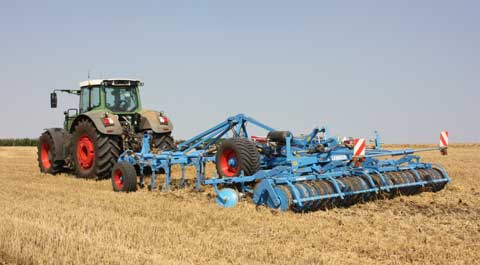 To start with, the system will only be available on new, identical 900-series Fendt machines. But it could be available as a retrofit option at a later date.

Limited numbers of the Guideconnect system will be available in Germany later this year. There is no fixed date for it to come to the UK and no prices as yet.