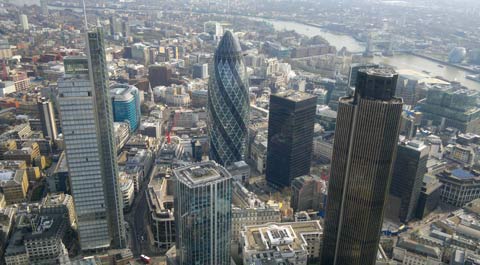 Manufacturer-backed finance deals could be the most cost-effective way to purchase an agricultural machine, says Dai Fawke of Afinagri, an independent adviser to manufacturers and financiers.

With the Base rate likely to start rising in the first quarter of 2012, or sooner if the recent fall in inflation is reversed, the cost of borrowing money from the bank could start to rise significantly.

But with many machinery manufacturers offering 0% interest on all or at least a substantial proportion of the financed money for up to three years on most models, this money is among the cheapest in the market.

Re-payment schedules are often matched to the business’ cash flow and the packages are a safe hedge against rising bank borrowing charges, he argues.

“Changes to international banking regulations and the requirement for banks to hold more capital relative to lending is having a significant impact on money flow and the cost at which institutions charge to lend to each other.

“The Basel III banking reforms, which require the banks to increase their Tier 1 capital ratios, will make the cost of money more expensive for all businesses, including agriculture. As a result, overdraft availability and costs are likely to get more expensive.”

“Financed money represents a suitable hedge against the rising cost of money as repayment rates are fixed over the length of the contract. They are unlikely to be affected by any changes in money flow.”

So what type of repayment should you opt for when choosing a manufacturer-backed finance option? Fixed or Variable Rate, or is there another option?

Fixed-rate agreements offer certainty of budgeting and a hedge against inflation when rates are rising. There are variable rate products available that allow you to fix the monthly payments, but float the period so that if rates fall the period shortens.

In this situation you end up paying for the machine quicker as interest rates fall, plus you have the benefit of only paying interest up to the date of settlement if you pay off the entire agreement early.  But with the Bank of England base rate at the rock-bottom rate of 0.5% and the worries in the financial markets caused by sluggish growth in Western economies and the debt position of Europe and the United States, the prospect of money becoming cheaper to borrow is, in reality, a pipe dream.

“Margins on fixed-rate agreements are likely to be based on the LIBOR rate at the time of application, but it is worth noting that the cost of money over a five-year period is a lot more than for the same money over a one-month period, currently about 1.5% more.

“This is due to the speculation as to when interest rates will rise, but money bought at a fixed rate now will stay the same for the period of the loan regardless of the rises in interest rates,” he says.

There is one finance option which combines some of the best features of variable and fixed rate agreements, but it is not widely available.

JCB Finance refers to it as “VIP Flexibuy” and the interest rate is fixed at the start of the agreement. The difference between VIP Flexibuy and a standard variable agreement is that the interest is calculated daily, at the fixed rate on the remaining capital balance. But budgeting is easy due to fixed equal monthly payments of capital and estimated interest.

It gives the security of a fixed rate, but also the ability to pay off lump sums whenever you want or even settle the agreement early and only pay interest up to the date of settlement, says Mr Greenaway.

VIP Flexibuy is linked to another product unique to JCB called ‘Take a break’ which enables the customer to take one payment holiday per year of the agreement. Each holiday can be one month or two consecutive months. Any holidays taken are simply added to the end of the agreement hence ‘fix the payment, float the period’. This option is designed to provide cover in the event of an unexpected cash flow problem and only 15 days’ notice is required to take a holiday