Self-propelled foragers are always the star of the show at Grassland & Muck, and this year the big five brands had some of their latest machines out in force.

At the smaller end of the spectrum, New Holland was showing off its FR550, with a 12.9-litre Fiat in-line six-potter developing 544hp. Likewise, Krone was drawing in the crowds with its 753hp Big X 770 that gets its power from a 16-litre Man V8. 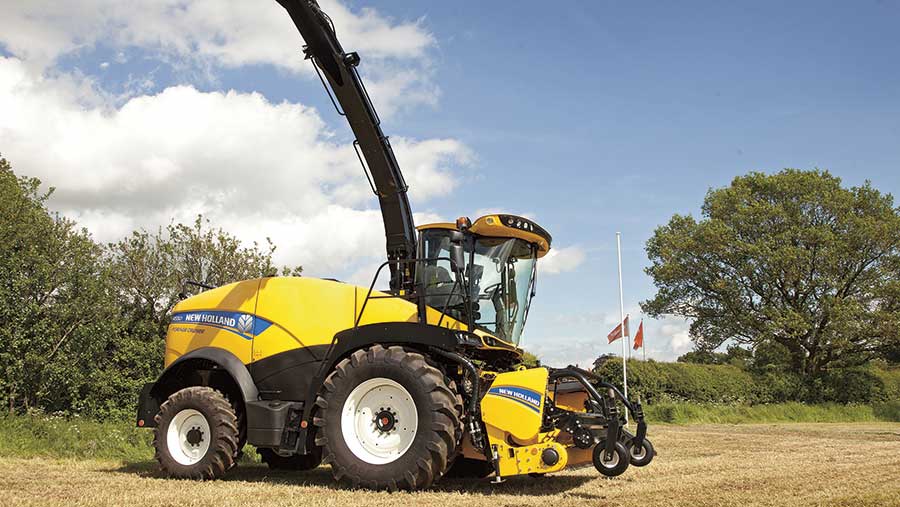 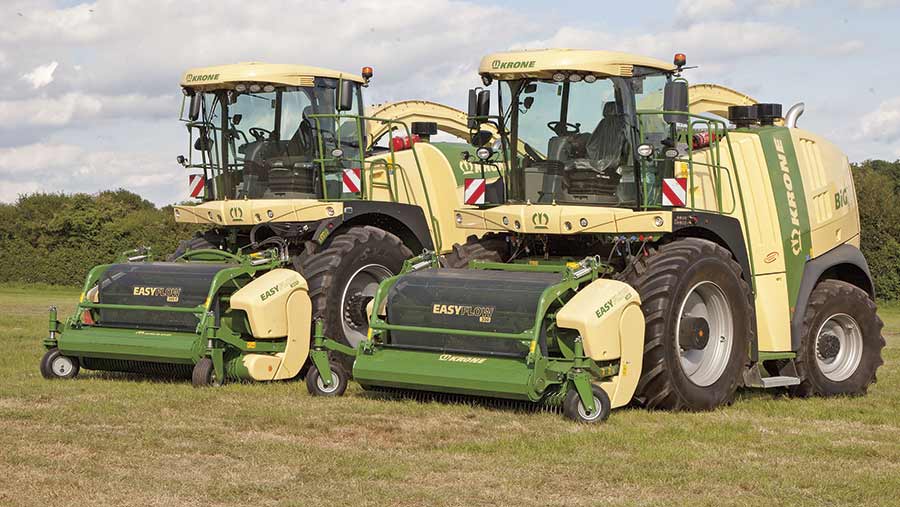 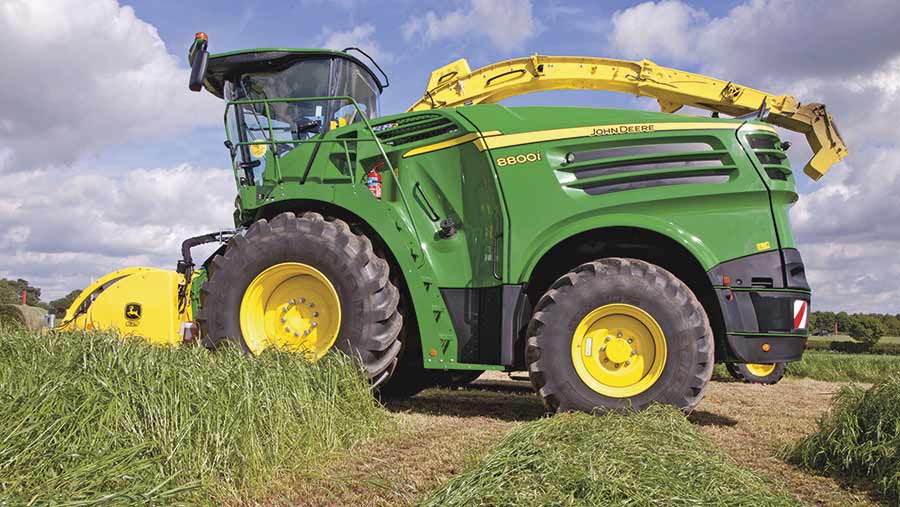 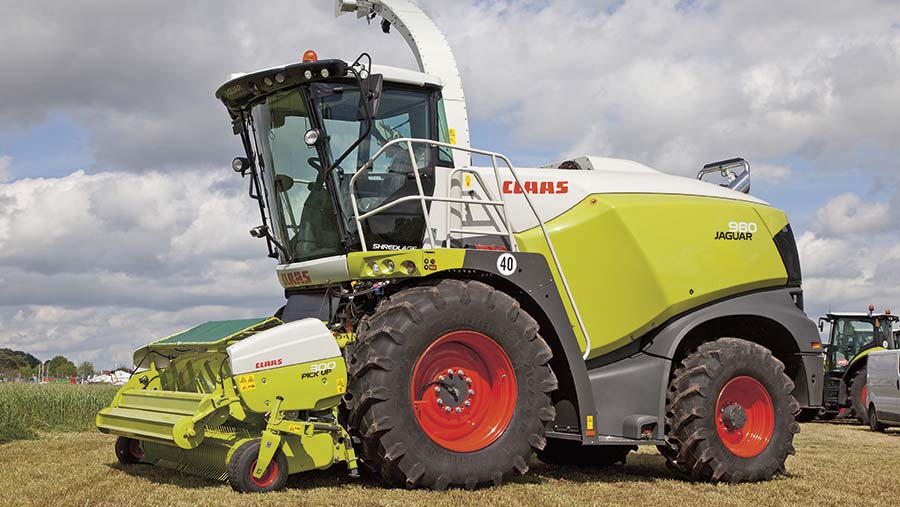 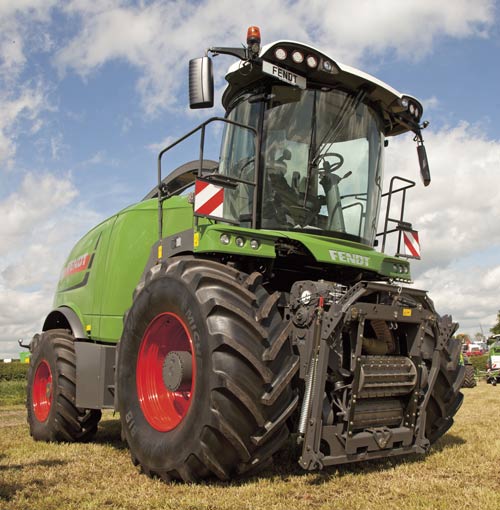 Skidsteers may have a hardcore following among poultry and livestock farmers, but their mass appeal has always been hobbled by limited lifting reach.

JCB reckons it has finally solved that conundrum by launching a new version of its standard skidsteer with an extendable boom. 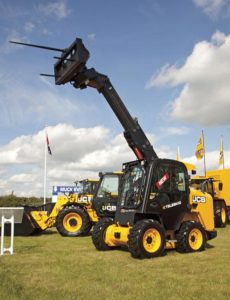 In doing so, the company hopes it will broaden the market of its skidsteer range to those stacking round or square bales and loading mixer wagons.

The single-model range was first launched in the USA earlier this year and is bolted together at the firm’s North American base in Savannah, Georgia.

There’s little else to tell the Teleskids apart from the rest of JCB’s range – they use the same 74hp, four-cylinder blocks as the biggest skidsteers, come with a full cab, side-entry door and single-arm arrangement.

Europe-bound models will only be available with wheels, though the Americans also have the option of opting for tracks.

Lift height is a fraction over 4m and forward reach is 2.25m, while max lift with the boom outstretched is rated to 611kg. 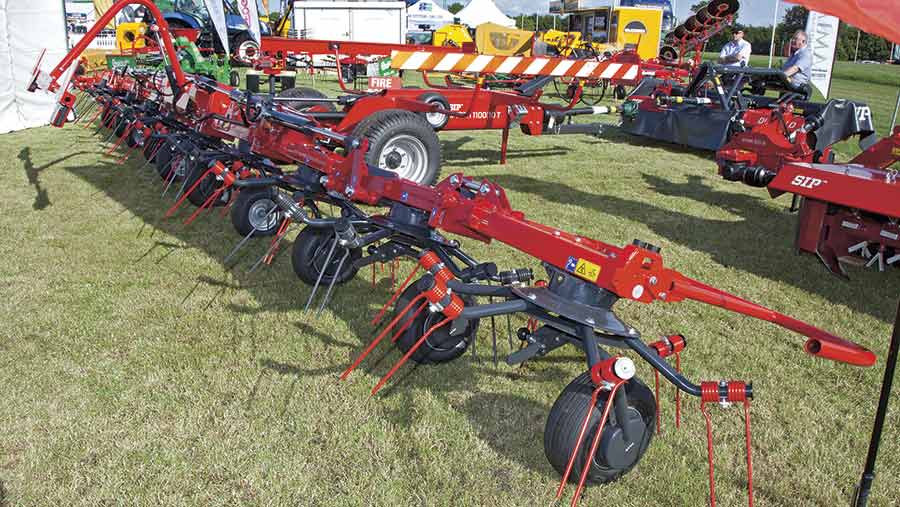 British farmers might be unfamiliar with the brand, but the company has a pretty rich heritage in the grassland sector having churned out rakes dressed in Krone colours, forage wagons for Pottinger and Claas’ tedders.

More recently, the maker also had a deal that saw Twose bringing in its smaller, low-ticket-price gear.

SIP has now put together a range of its own, which extends from the small stuff up to 15m tedders, four-rotor rakes and monster mowing outfits for which the company makes its own in-house-built cutterbars. The products have found homes across western Europe and as far afield as New Zealand.

Its Grassland & Muck stand was dominated by a 10-rotor Spider 1100 tedder that uses a shaft drive similar to Claas’ system – a result of its tie-up with the German firm’s grassland division.

Other highlights include various adjustments of rotor pitch through the wheels or main frame, an optional end canvas to limit throw during boundary work and a design that minimises the load on the towing tractor for hilly work. 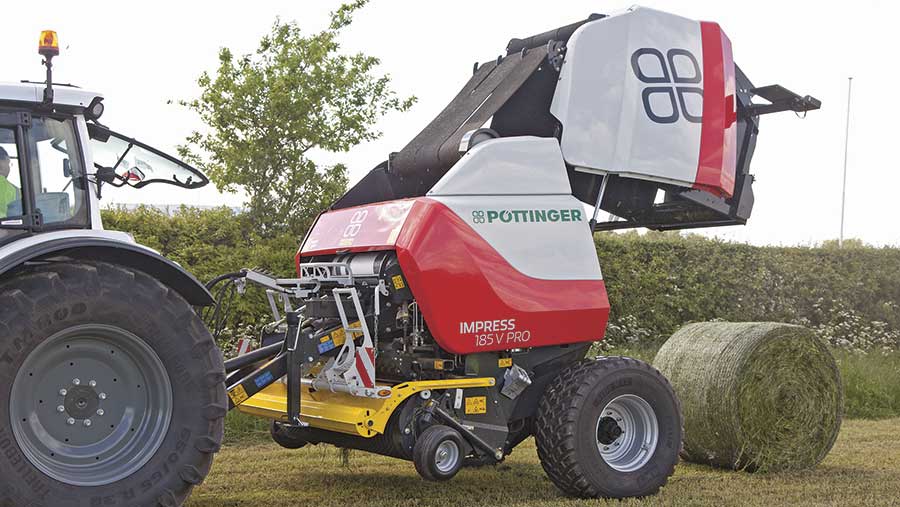 Thanks to a bold move by Austrian maker Pottinger, UK farmers have another range of round balers to add to their potential shopping list.

The Impress, which is the first baler series to be designed and built entirely by Pottinger at its factory in Austria, had its UK debut at this year’s Grassland & Muck event.

There are three models in the new range – one is a 1.25m fixed chamber machine and there are two variable chamber models, one of which comes with an integrated wrapper.

All balers are also available in Master or Pro spec. Master machines are the simpler of the two, fitted with 16-knife chopper units and a simple in-cab control unit.

Pottinger is also making a big noise about its new Liftup rotor crop flow system, which directs crop over the rotor, rather than the more conventional route of going under it. This apparently gives the crop a more natural and smooth route into the chamber.

Machines are already operating on some farms on the continent, but it’s likely to be September 2017 before UK farmers can get their hands on them. Unfortunately prices won’t be available until nearer the time. 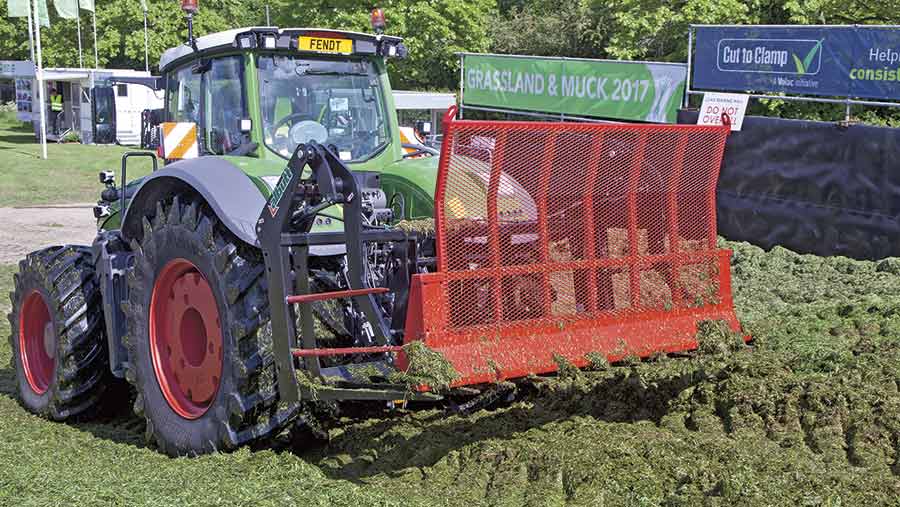 Fendt’s 1050 flagship 500hp tractor has been on sale in the UK since December 2016 and according to the maker it’s sold 15 machines into the UK market.

Some are running large chippers, some have taken the place of tracked machines on cultivation work, and some have been employed on buck-raking duties…

OK, so perhaps a list price of £380,000 for a clamp-building machine is a shade pricey, but Fendt is pretty keen to show that its kingpin can still be gamefully employed once the heavy draft work and drilling has been done.

Teamed with a high-capacity Albutt push-off buck rake, there’s little doubt its 900mm tyres and 20t plus bulk would do a decent job.

If you do the right deal, you could also shave almost a third off that ludicrous list price.

For those that don’t want the complication and weight of contractor-spec triple mower conditioners, there’s a new simpler setup from Vicon.

The Extra 687N butterfly mower set uses a new, lighter-weight construction and has a simple spring-based suspension system – adapted from Vicon’s range of offset mowers – that can be adjusted manually. It also comes with nylon conditioning tines.