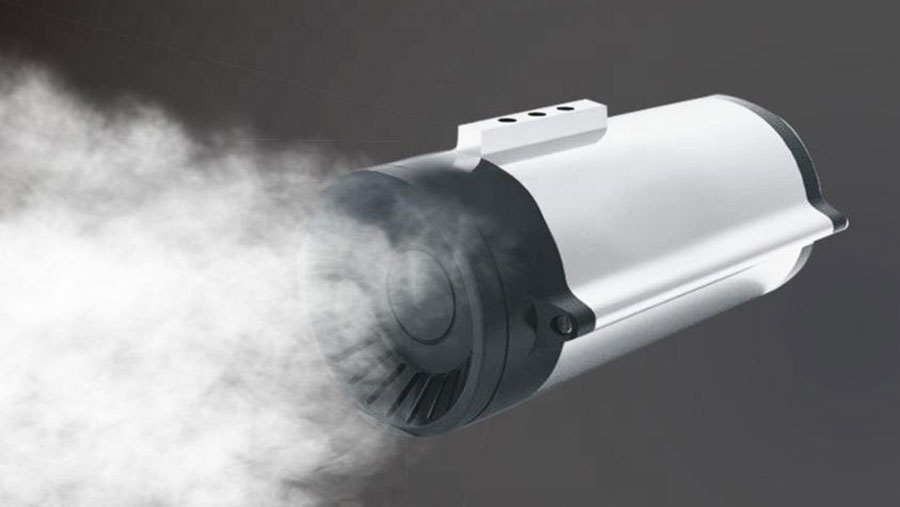 Farmers who have exhausted all the conventional means of theft prevention have another relatively low-cost option to consider – smoking the enemy out.

Working on the basis that thieves can’t steal what they can’t see, the Fogbloc system will fill an enclosed space with non-toxic smoke that will last for up to an hour, depending on draft and ventilation.

A single cartridge is adequate for a 120-200cu m workshop, but several units can be combined for bigger areas.

The advantage of this system, says Fogbloc, is that it can actually prevent thefts.

Comparatively, the standard combination of alarms and CCTV still gives thieves a short time window to grab tools and other items before making off, leaving the owners with a grainy image of the perpetrator that is unlikely to lead to the recovery of the equipment.

The smoke generator can be paired with a standard alarm system, so it fires when the siren is activated.

However, the company also offers a complete kit that includes a wireless GSM control panel with a passive infrared sensor and two door or window sensors.

This has a 110dB mini siren and digital voice announcer and, with a SIM card fitted, can alert the owner to any activity. An internal battery means it will still work in case of a power cut.

The full kit, including the alarm, costs £295, while the single Fogbloc smoke generators are £149. This includes a single dry cartridge, with replacements charged at £99/pair.

The company says this is significantly cheaper than traditional smoke generators that use a more complicated wet liquid system that makes them large and expensive.

The typical cost of one of these is £1,300-£2,500, which means they’re only really suitable for high-end retailers and banks.