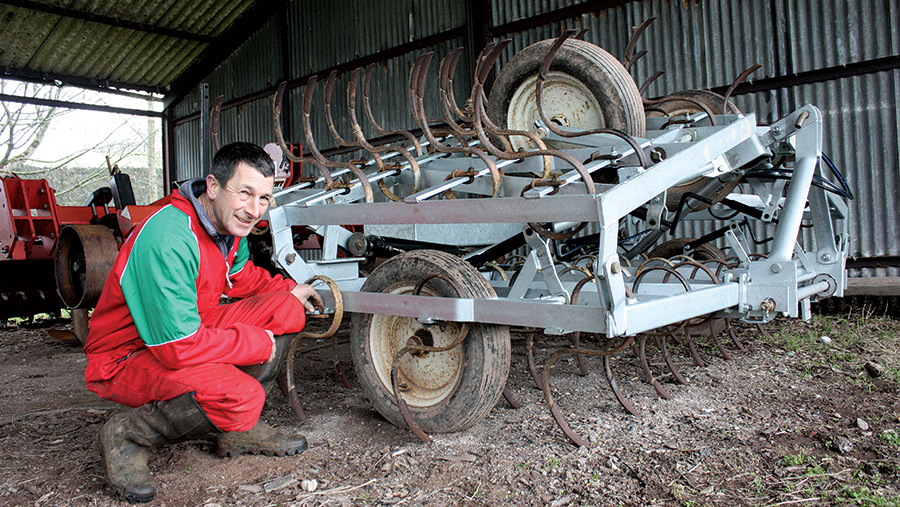 There are some things in this life you will never get rid of – taxes, annoying politicians and overzealous parking attendants. And to that list you can add rust.

Wherever there is steel and moisture in close proximity, the dreaded tin worm will quietly chew away at any overwintering equipment that is left outside.

That might not matter in summer and when the paint is still sound, but eventually rust will appear and what was once smart and gleaming will become tatty and unloved.

If you are lucky enough to have big, empty sheds over winter and acres of gleaming concrete to store machinery, that’s not going to lose you sleep.

See also: What’s in your shed? Monmouthshire farmers reveal all

But what if kit has to be stored in the outdoors?

Trevor Davey has been grappling with this problem since he started farming near Bishopsteignton, Devon almost 40 years ago. 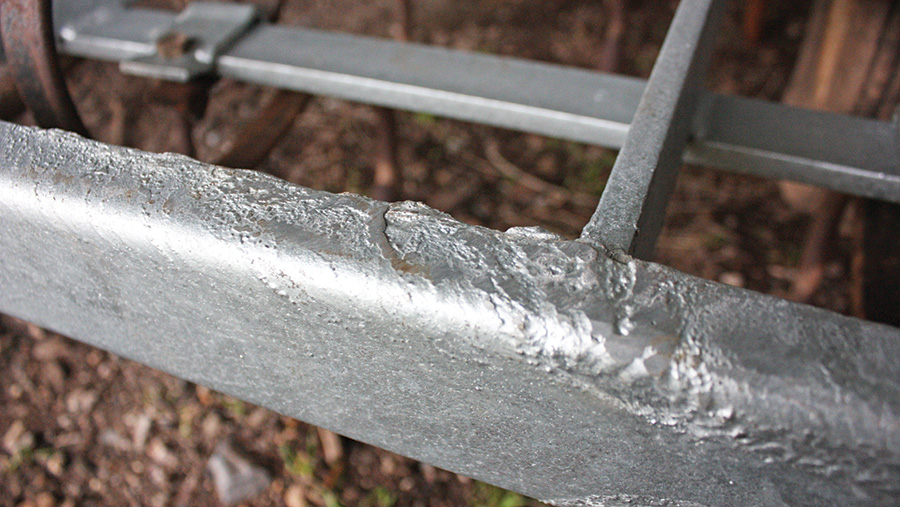 The main enterprises on his 161ha (400 acre) farm are sheep and arable so there are lots of metal items around the buildings, both indoors and out.

He likes to keep all the machinery and equipment in a good state. “I guess I’m fanatical about my machinery,” he says.

“I try to keep everything in good condition so it works well when I come to use it.”

His 5.4m Kongskilde Super Q Triple K, bought back in 2003, for instance, was galvanised last December and should last for 40 years.

It took one day to strip it down and one-and-a-half days to put it together, he says.

While field machinery is an obvious candidate for galvanising, Mr Davey says the buildings and equipment for the farm’s 300 ewes have also benefited from the process too.

Look around the lambing sheds with their gleaming (and long-lasting) metal surfaces and you can see what he means. 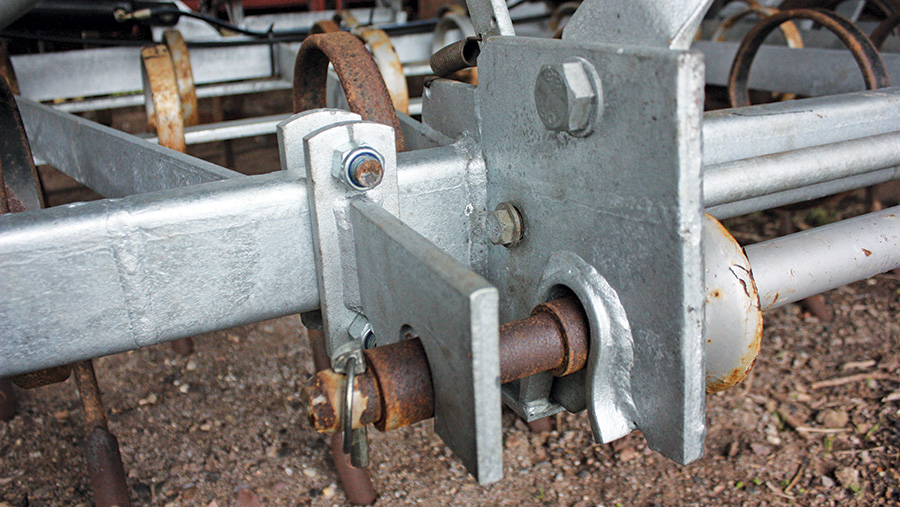 How does galvanising work?

This strips the steel surface back to the base steel.

The metal then gets a bath in molten zinc at a temperature of about 450C until the temperature of the metal is the same as the zinc. At that point, the molten zinc reacts with the surface of the steel to form a series of zinc/iron alloys.

Once the steel is taken out of the molten zinc, the surface begins to solidify.

The excess zinc is removed to provide a smooth finish and the material is then transferred to a quench tank where it is cooled to allow handling.

How long will galvanised steel last?

The three layers that form during the galvanising process are all harder than the steel itself, so they should last for 70 years.

However, galvanise lasts longer in the east and south of the country than the north and west. 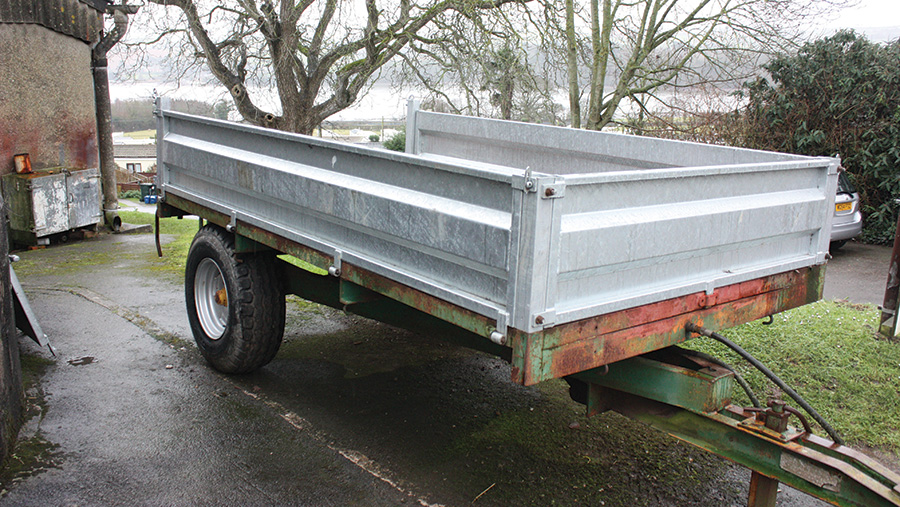 Why do you have to include venting and drainage holes in box section?

The holes allow trapped air and gases to escape; they also allow cleaning chemicals and molten zinc to flow throughout the fabrication and then back into the tank.

So it is a good idea to undo individual sections, brackets and anything that’s a tight fit before sending kit off to the galvanisers.

What is cold galvanising?

The term is often used when people are talking about painting with zinc-rich paint. However, the Galvanizers Association says that cold galvanising lacks the heating effect that produces the metallurgical bond between coating and steel that gives galvanising its long life.

Most galvanisers can collect machinery from the farm and bring it back. Turnaround can be as quick as 24 hours, though most farmers would probably be happy with two or three days.

How do you stop staining on galvanise?

Rust staining usually happens when bare steel is next to, or above, galvanised metal.

Nuts, bolts and metal washers are often the culprits and the only way to avoid it is to use a zinc-rich paint. 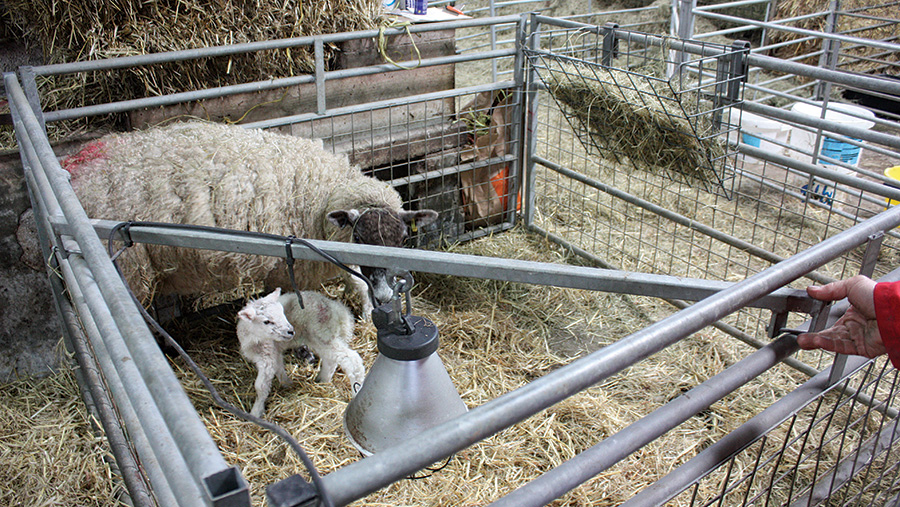 It depends on what you are galvanising, of course, and whether it is a big or small piece of equipment.

Wedge group, which is Mr Davey’s local galvaniser, typically charges 50p/kg of the weight of the finished item.

That cost would not be needed if you were galvanising a new piece of equipment, of course. The actual cost of the galvanising process was £290.