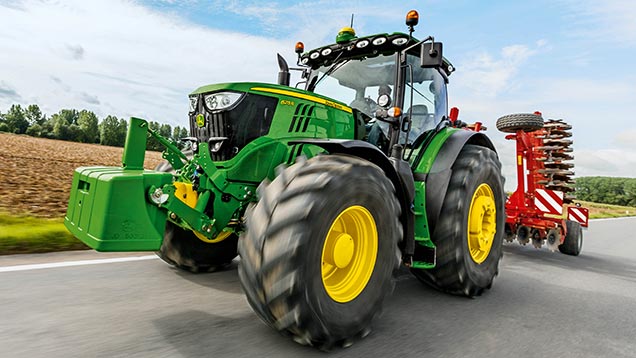 However, the situation is definitely not critical, he says, especially as the decrease in turnover did not get worse during the previous year.

The current level of incoming orders is just 5% below last year’s, he says.

See also: German farm machinery on the up

One problem is volatility in tractor sales. After a huge increase of 16% in the previous year (2013), production dropped by 15%. Sales of tractors with less than 100hp engine power performed poorly and dropped 19% to 51,500 units.

Turnover of tillage equipment and drills was about 5% below last year’s level. However, sales of combine, forage harvesters and silage trailers were level and milking and feed equipment enjoyed a boom as German farmers put in new barns and milking equipment.

Almost 72% of German-made farm machinery is exported to other countries and global competition was tougher than last year.

Sales in France – Germany’s biggest customer for farm machinery – dropped by 20% compared with the previous year.

However, German machinery exports to the US were up and those to the UK – Germany’s third biggest export market – were stable. Not surprisingly, Russian farmers bought 25% less farm machinery from Germany than in the previous quarter.

“The challenges our industry is facing have not become fewer in the light of the weakness on the traditionally major sales markets, US and Russia”, said Dr Scherer.