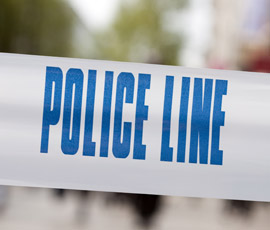 Two John Deere tractors stolen from a Wiltshire machinery dealer and traced to Poland will be heading home soon after the GPS tracker fitted to one of them faithfully transmitted the exact location back to its owner.

According to Jamie Fisher at R Hunt (Agricultural Engineers) at Tilshead near Salisbury, the 6930 and 6830 were stolen at 3am. That was despite the fact the dealer had built a bund, a ditch and a line of trees around its premises six years earlier to stop exactly that happening. The thieves used a tractor loader to knock down the trees, flatten the bund and partially fill in the ditch. The two tractors were swiftly loaded on a curtainside trailer and the thieves headed off to Dover docks.

However, what they hadn’t bargained on was the fact that one of the tractors was fitted with Deere’s JD-Link telematics package, which includes a GPS tractor. While trackers are being fitted to more and more tractors, they’re not generally fitted to tractors of this age.

But the presence of a tracker meant that Mr Fisher and his colleagues could look at Google maps on the office computer and see the tractor heading across Belgium, Germany and into Poland.

The tractors eventually arrived at a set of farm buildings in Poland, at which point the local police were able to pounce. Arrests were made and the tractors were put in a police compound. They are due to be returned to the UK any day now.

Report or view crimes on our Crime Register