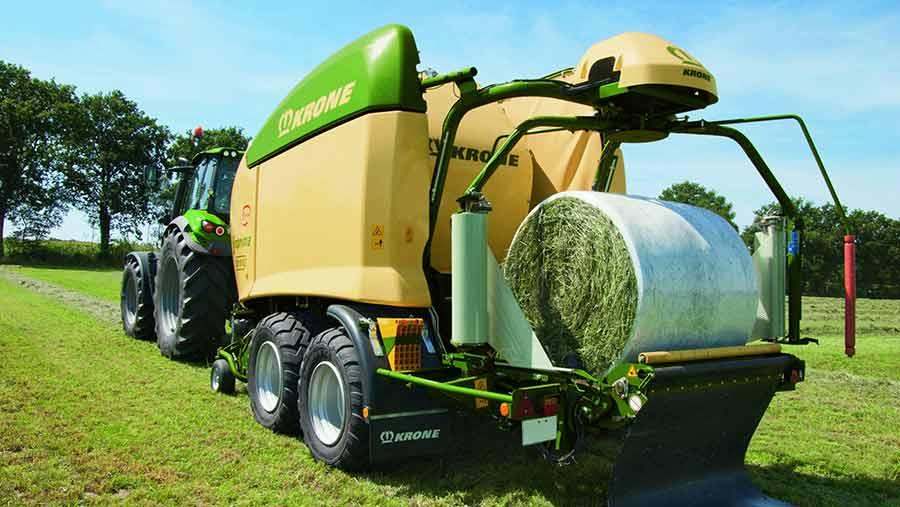 Krone says it is now offering peripheral film wrapping as an option on all Krone Comprima and Comprima X-treme round balers.

Peripheral film also scores on economy, says the company, as it does away with the need for disposing two different types of waste. As a result, film and net don’t have to be separated and breaking up the bale gets easier.

Krone peripheral film is said to be unlike other systems as the film is no longer gathered before it is cut. So the next wrapping cycle can start immediately with the film already spread to its full width, thereby saving film and material costs.

Changing over from film to net wrapping and vice versa is said to be easy and fast. Krone recommends 1,280mm wide Round Wrap film which covers the bale from edge to edge. This five-layer film is said to give good adhesive properties and keep the bale in good shape.

All Krone Comprima models built from 2014 can be retrofitted with peripheral film wrap systems.