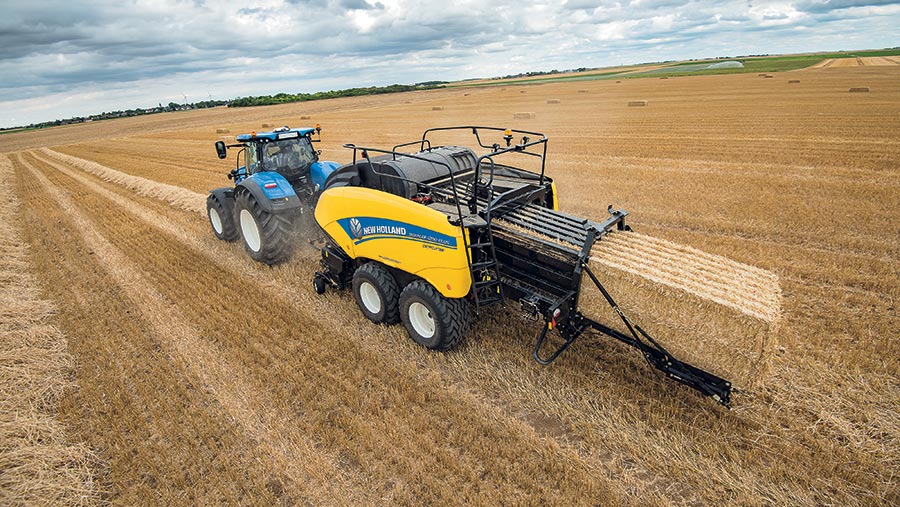 A clever Loop Master knotter system has been developed by New Holland and added to its Big Baler models.

The new loop-knotting process eliminates offcuts left loose on the bale and in the field, so in one season with 10,000 bales produced, NH estimates that close to 6km of twine offcuts will be saved.

Along with keeping the field and crop clean, it also helps to reduce contamination risk.

New Holland has been using double-knot technology for three decades and the new system allows the twine to retain 15% higher strength when compared with the older style knotter. This means lower-grade string can be used, while reducing the risk of twine snapping and knots untying.

This new system is also a feature on Case-IH’s LB range, called TwinPro.