A new range from John Deere, a new model from Kuhn and a new knotter design for Case IH and New Holland machines are the main updates for our 2020 Ultimate Guide to big square balers.

A new knotter that can eliminate wastage of almost 6km of twine over 10,000 bales is being introduced on Case IH LB4 XL-series and New Holland BB balers, ready for next year’s forage and grain harvest seasons.

See also: 2020 ultimate guide to buying a round baler

Called TwinPro on the Case IH machines and Loop Master on New Holland versions, the double-knot mechanism is also reckoned to increase the tensile strength of tied twine by up to 15%, resulting in increased daily productivity where this reduces the number of burst bales. 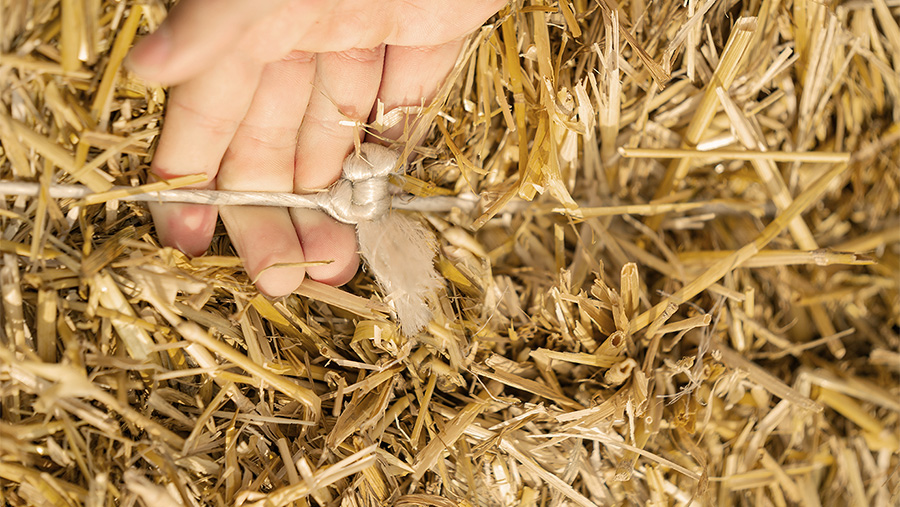 Combined with redesigned needles and a new needle yoke reclaim system, the knotter assembly is mounted in a stronger frame to withstand higher plunger loads.

Primary elements include an extra cam-gear to rotate the billhook a third time for an active release of the loop knot, and there is also a new twine disc with two external notches rather than four, which instead of cutting the twine, releases the pressure on it at the second knot formation.

This eliminates those wasteful plastic offcuts that contaminate feed and field and ensures every bit of twine is used for its purpose.

Moreover, adding a loop knot to the standard one is said to increase the strength of the connection by up to 30%, according to twine manufacturer Tama, which can allow standard-density bales to be secured using lower-cost twine, or bales of greater density using regular twine.

The new John Deere L600-series big square balers replace the current L1500 models, with machines said to be capable of making bales 5% heavier and with up to 15% increased productivity.

The slimmer line-up no longer includes the single-knot-tying 1424 and 1424C machines. 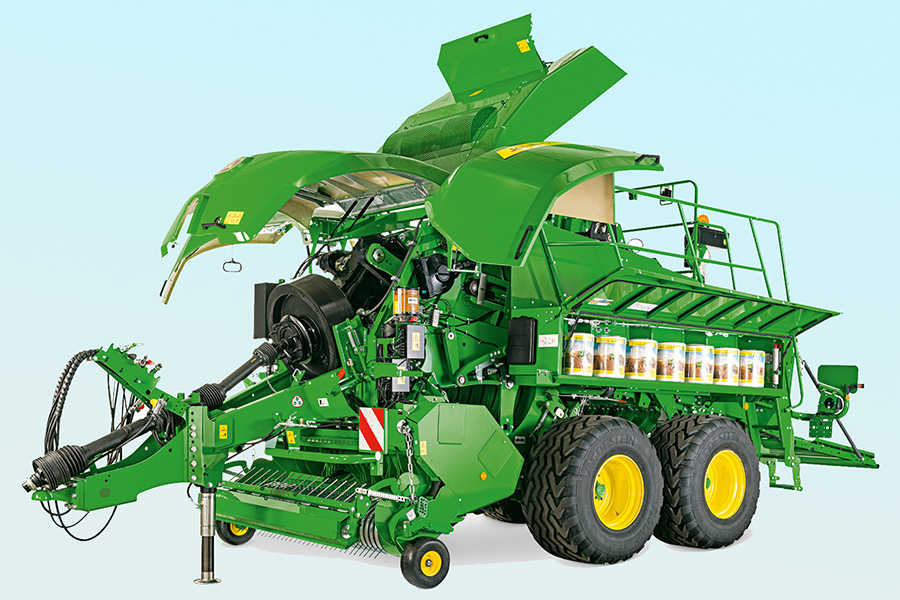 Isobus electronics feature on the new balers, enabling operators to configure the newly designed zero to 23-knife pre-cutter and set-up, and adjust and monitor other functions, including a moisture sensor that now covers a broader range of 9-40% moisture content.

At 468kg, the baler’s flywheel is 64% heavier than before, hydraulic chamber pressure is up 17%,nd the intake rotor diameter is 25% larger than previously – all of which contributes to the increased output and bale weight capabilities.

There are three models, all available with MaxiCut crop slicing, providing a choice of 80x90cm, 120x70cm and 120x90cm bale dimensions.

The new SB – as opposed to LSB – series of big square balers from Kuhn includes a new addition to the UK line-up that features a novel two-part plunger delivering a rapid double punch to material as it is squeezed through the hydraulically adjustable bale chamber.

The SB 1290 iD – the suffix represents “intelligent density” – produces a 120x90cm cross-section bale at densities that Kuhn says can be up to 25% greater than from other machines.

One benefit of the double-punch Twinpact plunger, says Kuhn, is that the system can increase bale density without having to resort to a heavier frame, flywheel and driveline components. 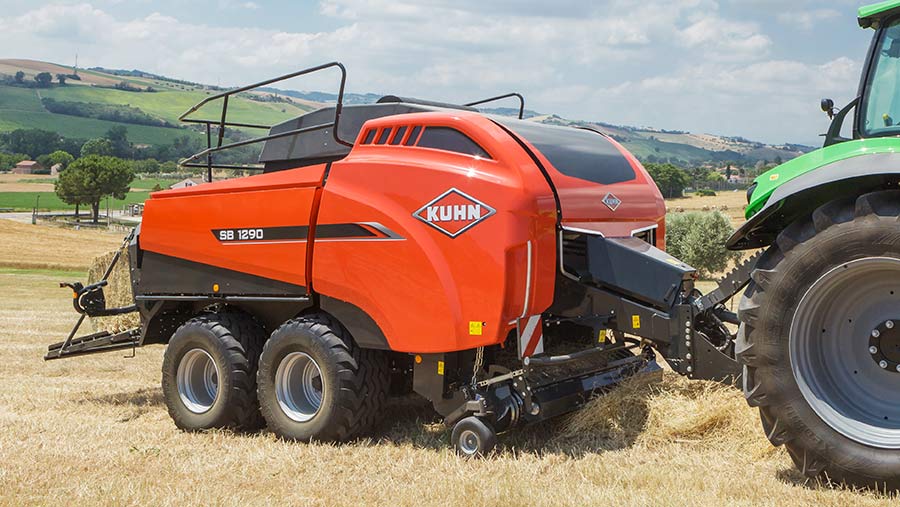 This new model is one of four in a new-generation baler range featuring an improved crop intake system, said to raise intake capacity by up to 15%, a torque monitoring and regulating system to optimise performance and allow increased bale weights, and a “steering” system for the feeder forks in the pre-chamber for even filling.

In a simplified Massey Ferguson range, the 80cm x 70cm MF 2240 baler has been dropped along with ProCut cutting rotor versions of the 80cm x 90cm MF 2250 and MF 2260, which continue to be available in Packer and Packer Cutter form.