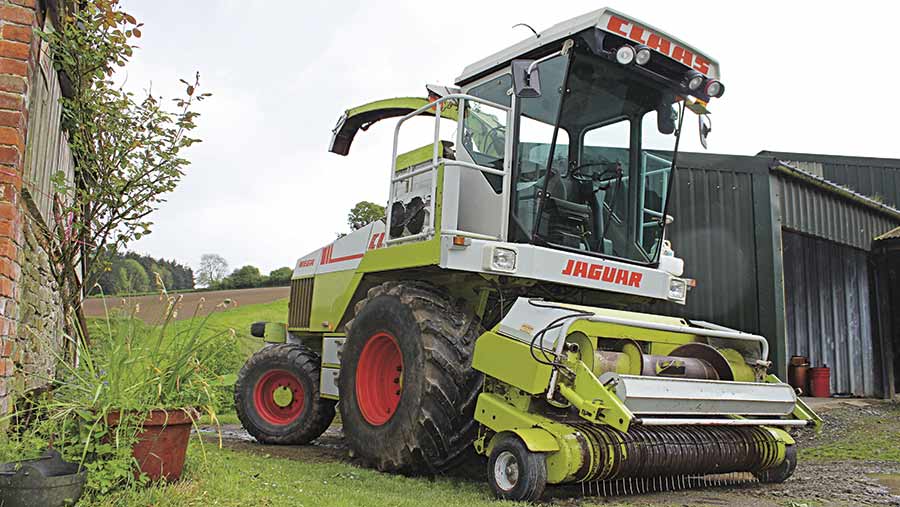 Self-propelled foragers have a hard run at life, compared with their cereal-harvesting cousins.

While combines get to saw through crisp, dry crops (most of the time), foragers spend their days bashing through mountains of damp grass, maize and the odd mole tump. That seriously takes its toll on innards.

Added to that, they work a longer season, clock up high hours and have to deal with the indignity of being dragged out of the occasional boggy hole.

So while it is common to find a tidy 20-year-old combine, a forager of the same vintage will often have left its best years behind it.

But for those willing to put in the work to keep these beasts sweet, they can deliver plenty more years of reliable service.

Take Herefordshire contractors Nigel and Trevor Lloyd. They have been running a 1991 Claas 695 Mega for the past 15 years that has notched up an estimated 7,000 hours.

It’s still going strong, but they have put in a considerable amount of time and effort to keep it that way. We visited them at their base near Kington to see what it has been like to live with. 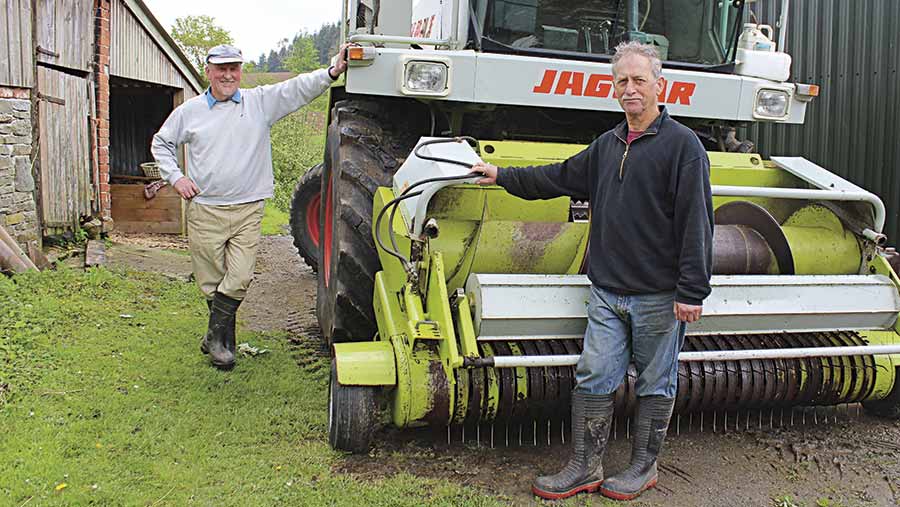 See also: A guide to buying a used forager

Why do you run a self-propelled forager?

We side-loaded, too, so that made it extra tedious. We were picking up about 500 acres of grass at the time so we decided we could justify running a second-hand, self-propelled machine. 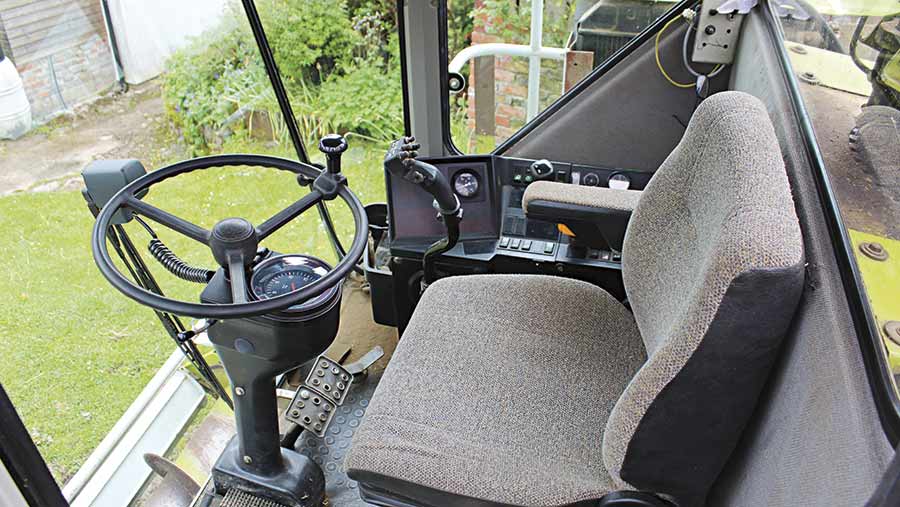 What made you choose a Claas 695 Mega?

At the time we were considering either a late 600-series or an early 800-series machine. But the problem with the first 800-series foragers was that Claas switched from a longitudinal to a transversely mounted engine and only had space for a 290hp V6.

The 695 Mega, meanwhile, had a 354hp Mercedes V8 brute, which we thought would be ideal for the hilly ground we have on the Welsh borders.

One of the nice things about the getting the Mega model is that it comes with a hydrostatic transmission, too.

How did you find this machine?

Even back in 2002, we struggled to find a tidy forager for the right money. After quite a bit of searching, we came across a 695 Mega that was for sale near Lake Vyrnwy.

It was also four-wheel drive, which we need here. We spent an extra £1,000 on a fairly worn 3m pickup, which we could mine for spares to keep the tidier 2.2m one running.

What repairs did you have to do?

We knew the drum was in bad shape, so we had to do a bit of work on that.

The first things we had to fix were two smashed knife holders on the drum. We cut these out and welded new ones in, with a bit of help from our cousin, who’s an engineering wizard.

This got us going, but we soon realised that the drum bearings were on the way out. Coupled to that, the anvil was so worn that there was a hole in one corner.

At the time the price for a new replacement anvil was £1,400 alone, so a new drum would have been thousands.

Luckily our dealer, Morris Corfield, pointed us in the direction of a contractor who was selling a refurbished drum and anvil for £700, including a full set of blades. We fitted that more than 10 years ago now and it’s still going strong.

The paintwork was also a bit rough when we bought it, so we spent a bit of time touching that up, too.

What are you cutting with it?

Even though it’s a maize-spec machine with 24-knife drum, we have only ever used it for grass. The corn cracker is permanently out and it’s a good job we don’t have to take it in and out as it’s a massive undertaking on one of these.

We have scaled back our workload slightly so we are now picking up about 140ha of grass a year. Around here we have a fairly late season and most of our customers do one large cut between late June and late July.

There are two big challenges: the first is keeping it running cool and the second is stopping it bursting into flames.

One of the main reasons there aren’t many of these left is that so many burnt out – we know of about four in this area alone. For that reason we are fastidious about keeping it clean.

There are a couple of particular trouble spots. One is around the in-board brakes on the axle. This area quickly builds up with oil, grease and dust and because the housing gets hot it’s a perfect recipe for fire.

The top of the fuel tank is also a bad dust trap and the guards are tricky to remove. But we cut through the top panel above the fuel tank so that we can remove the section.

Every morning it gets blown clean with the compressor and we get into all the corners.

How do you keep it running cool?

Unlike more modern foragers that have a fancy air box system, the 695 just has a big radiator pack and a fan, a bit like a tractor.

This struggles to keep the engine cool in good conditions, but when the radiator screens clog with pollen you are in big trouble.

Therefore, we have made loads of modifications to help it run cooler. They include fitting a second radiator from a lorry on the flat section next to the cab. This has twin electric fans from a Peugeot 405 and we built a box for it to sit in as well as a set of guardrails to match the left-hand side. 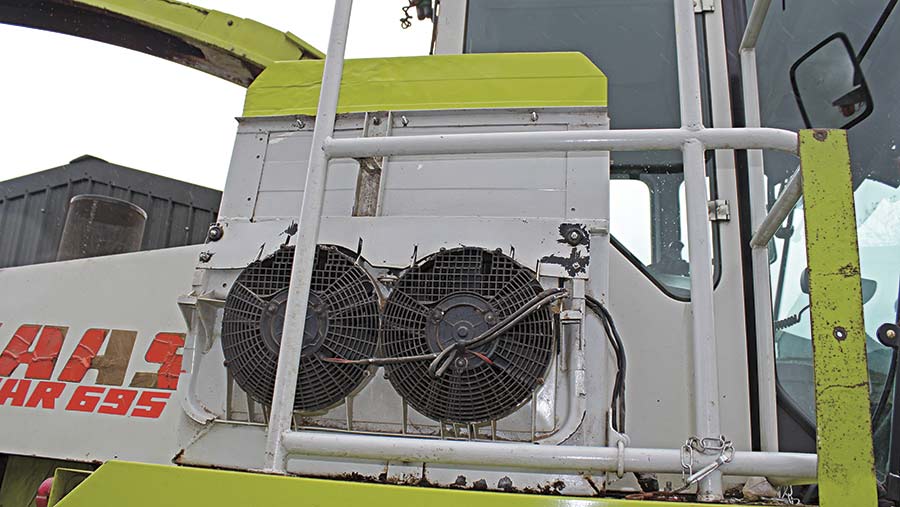 At the same time we added an additional coolant tank, upping capacity from six-and-a-half gallons to 21gal and put a new mesh air box under the radiators to pull in cool, clean air from underneath the machine. 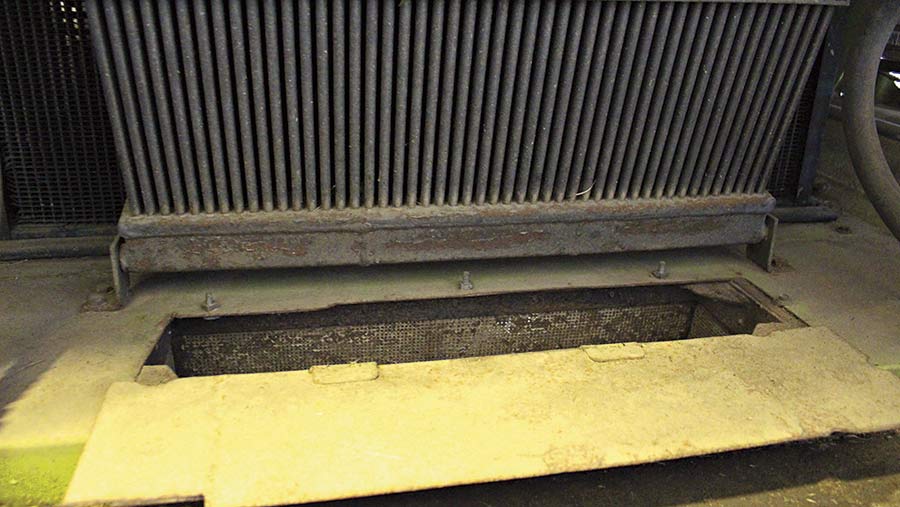 Because the weedy belts were struggling to drive the 27in fan, water pump and alternator, we also decided to take the alternator out of the loop and run a separate belt to it.

We actually did this by buying a new alternator and using the old one as an idler.

While we were at it we made a sprung tensioner to help extend the life of the belts. This used a valve spring from an old Mini Cooper S rally car I used to have.

The final modification was adding a turbo leak-off tap to send some of the boost from the twin Triple K turbos to the atmosphere when we didn’t need the power.

This also seems to help it run cooler and we don’t really notice the power drop.

What other modifications have you made?

We have made quite a few changes to the chute, including building a reinforcing frame near the pivot point. We also shortened it slightly, as it stuck out too far, and welded old plough metal in the end flap to make it last a bit longer. 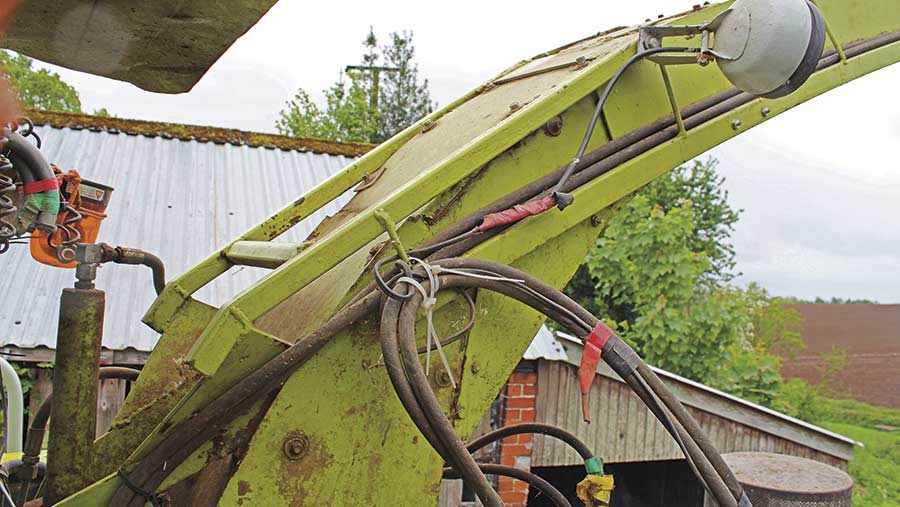 As we get so many punctures on the pickup wheels we also mounted brackets to hold a second set (taken off our spare 3m pickup) on the back frame.

While we were at it we put a set of holders on the pickup too, so the wheels could be removed and protected from damage when travelling along narrow lanes. 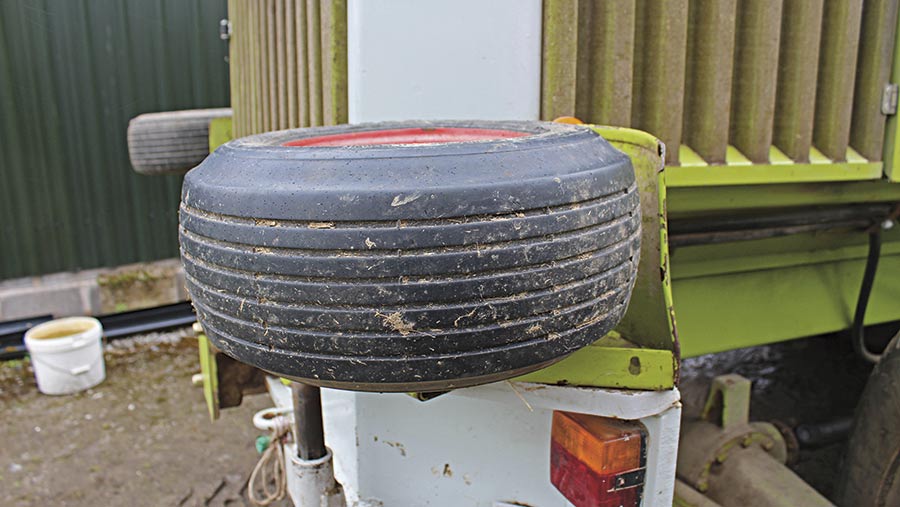 We also beefed up the weak pickup support brackets and replaced the soft nylon bushes with steel ones.

Another fairly big modification was adding an additional oil tank at the rear. This is made out of a length of box section to increase the surface area and improve cooling. It also ups the hydraulic oil capacity from a surprisingly small 2gal to 6gal. 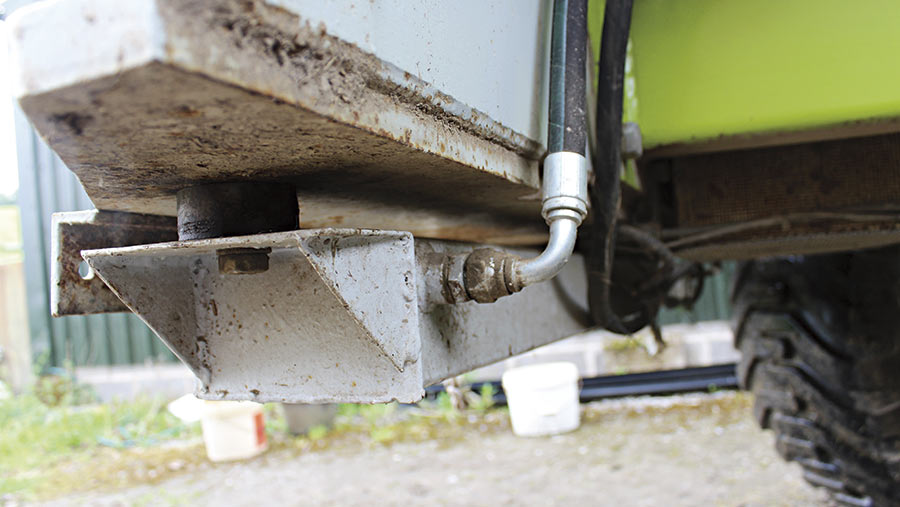 What is your most expensive repair?

Luckily we haven’t had too many big breakdowns, which is partly down to the fact that we keep on top of maintenance and have made plenty of improvements.

The drum would have been the most expensive if we had had to buy a new one, but it cost us only £700 in the end. We also had a problem with the feed roller gearbox, but we managed to repair that with parts from a second-hand one we got for £300.

Metal detector modules also go wrong from time to time, but Morris Corfields will do an exchange for £600.

This wasn’t expensive in the end, but we did spend ages fiddling around trying to repair the four-wheel-drive clutch.

We worked through everything in the four-wheel-drive system before we found this was at fault. All we had to buy in the end was a £90 release bearing, which had collapsed completely.

How long will you keep it?

We will be hanging on to it until we stop contracting. We think it’s one of the best 695 Megas out there and with the modifications we have got it running just nicely.

We also know it inside out and if we had to perform any big repairs I like to think we would find a way of doing it without spending silly money.

It’s easy to focus on the newest tractors and farm machinery. But at Farmers Weekly we are always interested to hear from people who are clocking up long, hard hours on older, quirkier kit.

So if you are still regularly using a machine that’s a bit different or particularly long in the tooth, please get in touch by emailing oliver.mark@markallengroup.com.