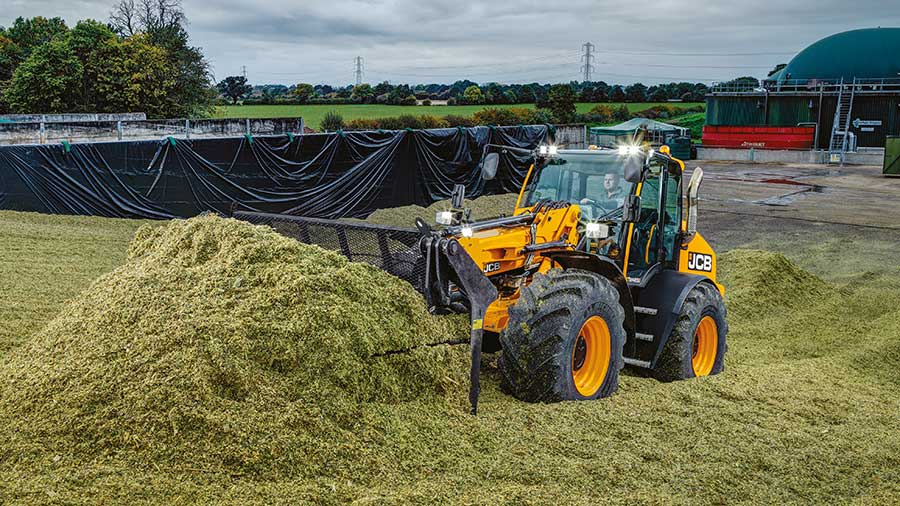 A new range-topping model has been added to JCB’s popular articulated Telemaster line-up, bringing with it more power and an eight-speed gearbox.

The flagship TM420S is an evolution of the TM420, launched in 2018. However, it gets a whopping 173hp and 690Nm of torque from its 4.8-litre JCB Stage 5 engine – the same block that powers the 420 and is used extensively across the firm’s handler range.

Meanwhile, the three existing TM machines have gained 5hp rises, which means the smallest TM320 now packs 130hp and 550Nm of torque, and the popular TM320S and TM420 climb to 150hp. Both S-branded machines match the 17hp/t power-to-weight ratio of the 419S and 435S loading shovels. 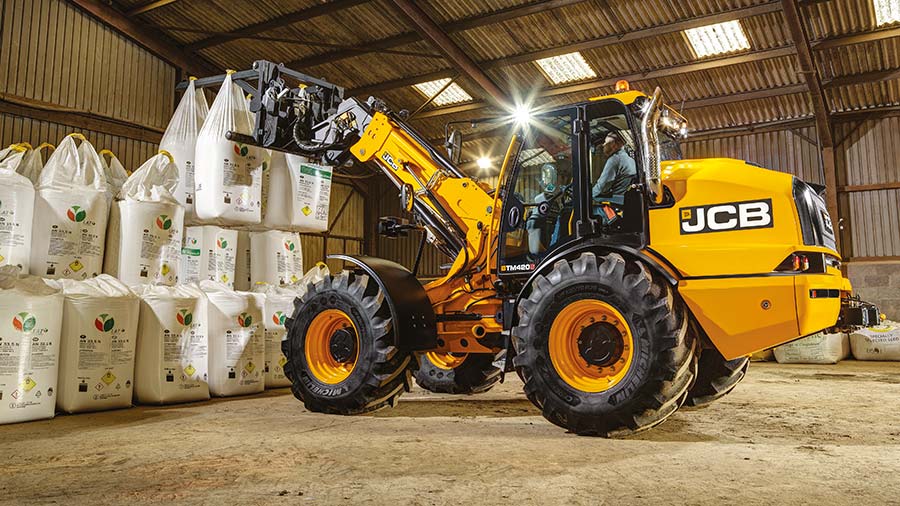 The new eight-speed powershift transmission is available across the board and is based on the outgoing six-speed box. It’s tuned to max out at 50kph on the TM420S, while the smaller three units are limited to 40kph as standard – although the buyers of the TM320S can upgrade to 50kph.

Both versions can either be manually shifted using the joystick buttons or run in “intelligent” auto, which lets the machine take over when in gear five and above. Harsher accelerator use will hold the transmission in gears for longer, much like an automatic car.

Torquelock direct drive is available in every gear for the 50kph box, including the four reverse speeds. JCB says this will be beneficial in hard-going situations such as on silage clamps, where lots of shunting is required.

Hydraulic power has also been upped by the use of twin variable pumps that offer 160-litre/min output, with peak flow coming lower down the rev range on the three larger units.

The baby TM320 has a smaller 140-litre/min unit. Regenerative hydraulics are standard on the 420 and 420S, which help to increase cycle times and allow multiple functions to be operated at once. 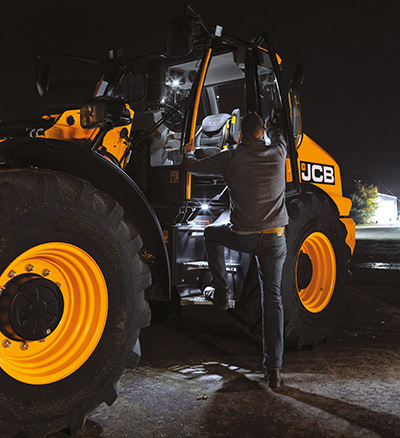 The familiar JCB joystick now features an assignable hot key button that can be used for transmission mode switching, hydraulic valve control, master work lights or even answering and ending a phone call. Also familiar to JCB users will be the panel of buttons located on the right-hand pillar, along with an optional phone holder.

Work lights can also be set to remain on for a set period while exiting the cab in the dark. A rear-view camera is now standard. Prices for the TM420S start at £120,208. 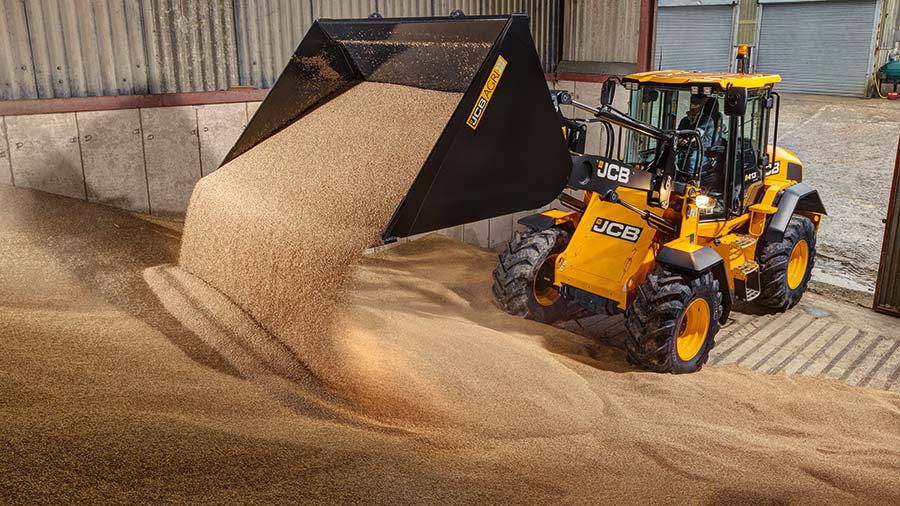 All models get the firm’s engine idle shut-down that can be adjusted in-cab. A bigger version of JCB’s flagship 435S is due later this year, too.

Those after a diddy pivot-steer have the option of the new 403 Plus, which comes with a 50hp Perkins Stage 5 engine, larger 60-litre/min hydraulic output, 20kph or 30kph Bosch transmission and the option of a full cab, canopy or folding canopy. It’s less that 1.1m wide and the high-lift option can reach 2.8m. 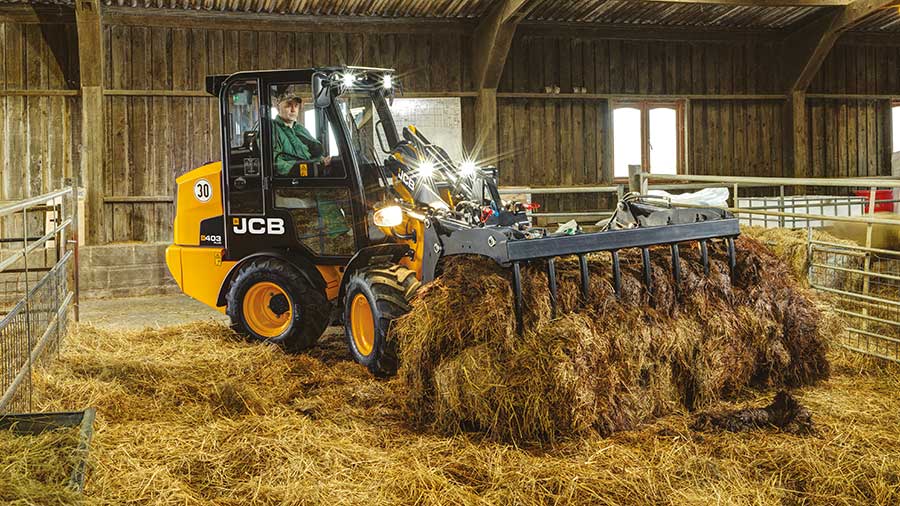